In cooperation with the Johnny Cash estate, a music critic who knew the icon tells the unvarnished truth about Cash, whose personal life was far more troubled and his artistry much more profound than even his most devoted fans have realized. 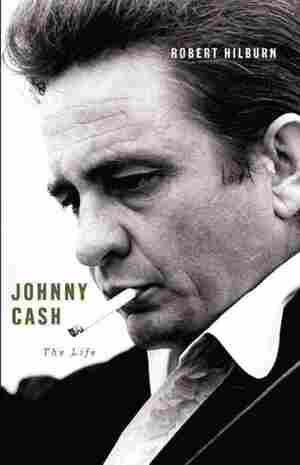 DYESS AND THE DREAM

The two-and-a-half-mile walk from the Cash family's five-room, federally assisted farmhouse in rural Dyess, Arkansas, to the town center was just long enough for young J.R. to work up a head full of dreams. For years, the third son of Ray and Carrie Cash walked the narrow gravel road with his schoolboy pals, all of them fantasizing about being cowboy movie stars like Gene Autry and Tex Ritter. But

J.R. most enjoyed walking the road alone, especially at night, when the darkness felt like a shield against the rest of the world, leaving him free to pursue a dream that was far more important than he wanted to admit.

On those nights, J.R. would frequently sing to himself, he later told friends when reminiscing about his childhood days, partially to calm his nerves when he heard the rustling of cottonmouth snakes in the grass or the howl of prowling panthers in the woods a few hundred yards away. Years later, some of J.R.'s old chums and even his younger sister Joanne chuckled at the idea of panthers in the woods. Snakes, yes — maybe even an occasional bobcat — but no one knew anything about panthers. "He had a real vivid imagina­tion," says A. J. Henson, who sometimes walked that gravel road with his friend. Even Cash himself often admitted that he never let facts interfere with a good story. But as Joanne put it, there's no doubting one thing about the Dyess years: J.R. loved to sing.

There was something about music that was even more magical to him than movies, a fascination that came naturally. His family, especially his mother, had always turned to songs for comfort and inspiration. Soon after he started grade school, J.R. knew he wanted to be a singer on the radio, and he began to think of that gravel road at night as his own secret stage. When he was feeling espe­cially good, he'd stop after a song, look up at the Arkansas moon, and take a bow.

The first song J.R. remembered hearing was the old hymn "I Am Bound for the Promised Land." He was just three years old, but he joined the chorus — Oh who will come and go with me? / I am bound for the promised land — as his mother sang during the 250-mile journey in a flatbed truck that took the family and its lit­tle bit of furniture across Arkansas. They had left his birthplace of Kingsland in the hill country of the south-central part of the state to travel to the fertile flat black delta land of Dyess in the northeast corner. Thanks to Franklin Delano Roosevelt's New Deal program, they were about to claim what she told them would be their own promised land on earth.

But for most of the two-day trip in March of 1935, J.R. and his older brothers, Roy (born 1921) and Jack (1929), huddled together under a tarpaulin in the bed of the truck, trying to protect them­selves from the punishing cold and rain. The ride along muddy roads was all the more frightening because the vehicle frequently hit potholes with such force that the boys feared the wheels might be knocked loose at any moment. Their mother tried to calm them and her two daughters, Reba (1934) and Louise (1923), with music and the assurance that God was watching over the family.

The story of Dyess had its roots in the Great Depression, when most of the farmers in the state, including J.R.'s father, struggled to survive. As the price of a five-hundred-pound bale of cotton dropped from $125 in 1928 to $35 in 1932, there was panic among farmers over how to provide for their families. President Roosevelt, according to the popular version of a complicated bureaucratic backstory, came to the rescue with a plan to give distraught workers the chance of a more secure future. Through the Federal Emer­gency Relief Administration, funds were allocated to build small cooperative communities around the country to provide some de­serving farmers with homes, twenty acres of land, and a small annual stipend for food and clothing. The social experiment also called for new buildings to house support services, including a cot­ton gin, general store, restaurant, school, hospital, post office, and gas station.

Officially titled Colonization Project No. 1, Dyess was one of the first cooperatives. In May 1934, more than 1,300 workers taken from Arkansas's welfare rolls had started building houses and roads on a sixteen-thousand-acre spread of land. At the same time, the government began taking applications for Dyess farmers. Only Caucasians were eligible. This wasn't welfare, the applicants were told. The town's new arrivals had to work the land and then use money from the crops, chiefly cotton, to repay the government the cost of the housing, the property, and the stipend before they could receive the deed to the property. When Ray Cash heard about the Dyess project on the radio, he decided in an instant to apply.

Thousands of destitute men lined up at government offices throughout the state to apply for only five hundred homesteads. Ray Cash wasn't intimidated. He presented himself as just the kind of hardworking, industrious family man and fiercely patriotic American that he felt the government administrators were seeking. His paternal roots in North America dated back to 1667, when one of his ancestors, William Cash, came across the Atlantic from Scotland on the ship Good Intent and settled in Essex County, Massachusetts. William's descendants then migrated to Virginia in the early 1700s and on to Georgia, where Ray Cash's grandfather Reuben Cash was born.

After Reuben's plantation was destroyed by General William T. Sherman's troops during the Civil War, the former Confederate sol­dier moved west to Arkansas in 1866. Ray's father, William Henry Cash, was six. He grew up to be a farmer and a Baptist preacher, a circuit rider who served four widely separated counties. Ray, one of twelve children, was born in 1897.

In the interview process for the Dyess land, Ray stressed not only his military service (he had served in France briefly during World War I), but also how hard he had worked to support his family after farming became unprofitable. He'd pursued odd jobs, sometimes walking miles to cut wood at a sawmill or hopping a freight train to Charleston, Mississippi, to help dismantle a chemical plant. Still, there were no guarantees that he would be chosen, and he was des­perate to secure some kind of permanent work. After finishing the rigorous interview, he suffered a week of sleepless nights before getting the good news. Ray Cash was one of just five applicants from all of Cleveland County to be accepted for the program.