Accessibility links
The Valley Of Amazement NPR coverage of The Valley of Amazement by Amy Tan. News, author interviews, critics' picks and more.

Violet Minturn, a half-Chinese, half-American courtesan who deals in seduction and illusion in Shanghai, struggles to find her place in the world. Her mother, Lucia, tries to make sense of the choices she has made and the men who have shaped her.

NPR stories about The Valley Of Amazement 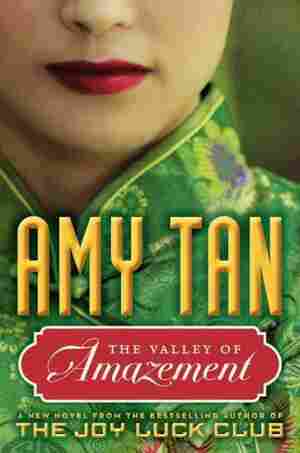 November 9, 2013 • Amy Tan's fans will find familiar themes in her new novel, The Valley of Amazement: mothers and daughters, multi-generational secrets, Chinese-American identity. But Jane Ciabattari says the new work, which centers on an American madam in Shanghai and her courtesan daughter, is more sophisticated than Tan's previous novels. 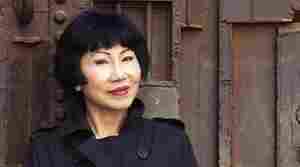 Amy Tan's latest novel, The Valley of Amazement, will be published on Tuesday. Rick Smolanagainst/Against All Odds Productions hide caption

November 4, 2013 • Speculation about her grandmother's life in China in the early 1900s provided Tan inspiration for her latest novel, out Tuesday. Valley is an opus that covers half of a tumultuous century, ranges across two continents and involves love, deceit, forgiveness and, ultimately, redemption.

Excerpt: The Valley Of Amazement

When I was seven, I knew exactly who I was: a thoroughly American girl in race, manners, and speech, whose mother, Lulu Minturn, was the only white woman who owned a first-class courtesan house in Shanghai.

My mother named me Violet after a tiny flower she loved as a girl growing up in San Francisco, a city I have seen only in postcards. I grew to hate my name. The courtesans pronounced it like the Shanghainese word vyau-la — what you said when you wanted to get rid of something. "Vyau-la! Vyau-la!" greeted me everywhere.

My mother took a Chinese name, Lulu Mimi, which sounded like her American one, and her courtesan house was then known as the House of Lulu Mimi. Her Western clients knew it by the English translation of the characters in her name: Hidden Jade Path. There were no other first-class courtesan houses that catered to both Chinese and Western clients, many of whom were among the wealthiest in foreign trade. And thus, she broke taboo rather extravagantly in both worlds.

That house of flowers was my entire world. I had no peers or little American friends. When I was six, Mother enrolled me in Miss Jewell's Academy for Girls. There were only fourteen pupils, and they were all cruel. Some of their mothers had objected to my presence, and those daughters united all the girls in a plot to expel me. They said I lived in a house of "evil ways," and that no one should touch me, lest my taint rub off on them. They also told the teacher I cursed all the time, when I had done so only once. But the worst insult came from an older girl with silly ringlets. On my third day, I arrived at school and was walking down the hallway when this girl walked briskly up to me and said within hearing distance of my teacher and the younger class girls: "You spoke Chinee to a Chinee beggar and that makes you Chinee." I could not bear one more of her insults. I grabbed her ringlets and hung on. She screamed, and a dozen fists pummeled my back and another bloodied my lip and knocked out a tooth that had already been loose. I spit it out, and we all stared for a second at the glistening tusk, and then I clutched my neck for dramatic effect and shrieked, "I've been killed!" before collapsing to the floor. One girl fainted, and the ringleader and her pack scampered off with stricken faces. I picked up the tooth — a former living part of me — and the teacher quickly put a knotted kerchief to my face to staunch the blood, then sent me home in a rickshaw with no parting words of comfort. Mother decided on the spot that I would be tutored at home.

Confused, I told her what I had said to the old beggar: "Lao huazi, let me by." Until she told me that lao huazi was the Chinese word for beggar, I had not known I was speaking a hodgepodge of English, Chinese, and the Shanghainese dialect. Then again, why would I know the word beggar in English when I had never seen an American grandpa slumped against a wall, mumbling with a slack mouth so that I might have pity on him? Until I went to school, I had been speaking my peculiar language only in Hidden Jade Path to our four courtesans, their attendants, and the servants. Their syllables of gossip and flirtation, complaints and woe went into my ear and came out of my mouth, and in conversations I had with my mother, I had never been told there was anything amiss with my speech. Adding to the mess, Mother also spoke Chinese, and her attendant, Golden Dove, also spoke English.

I remained troubled by the girl's accusation. I asked Mother if she had spoken Chinese as a child, and she told me that Golden Dove had given her rigorous lessons. I then asked Mother if I spoke Chinese as well as the courtesans did. "In many ways, yours is better," she said. "More beautifully spoken." I was alarmed. I asked my new tutor if a Chinese person naturally spoke Chinese better than an American ever could. He said the shape of the mouth, tongue, and lips of each race were best suited to its particular language, as were the ears that conducted words into the brain. I asked him why he thought I could speak Chinese. He said that I studied well and had exercised my mouth to such a degree that I could move my tongue differently.

I worried for two days, until logic and deduction enabled me to reclaim my race. First of all, I reasoned, Mother was American. Although my father was dead, it was obvious he had been an American, since I had fair skin, brown hair, and green eyes. I wore Western clothing and regular shoes. I had not had my feet crushed and wedged like dumpling dough into a tiny shoe. I was educated, too, and in difficult subjects, such as history and science — "and for no greater purpose than Knowledge Alone," my tutor had said. Most Chinese girls learned only how to behave.

What's more, I did not think like a Chinese person — no kowtowing to statues, no smoky incense, and no ghosts. Mother told me: "Ghosts are superstitions, conjured up by a Chinese person's own fears. The Chinese are a fearful lot and thus they have many superstitions." I was not fearful. And I did not do everything a certain way just because that was how it had been done for a thousand years. I had Yankee ingenuity and an independent mind; Mother told me that. It was my idea, for example, to give the servants modern forks to use instead of ancient chopsticks. Mother, however, ordered the servants to return the silverware. She said that each tine was more valuable than what a servant might earn in a year, and thus, the servants might be tempted to sell the forks. The Chinese did not hold the same opinion about honesty as we Americans. I agreed. Now if I were Chinese, would I have said that about myself?

After I left Miss Jewell's Academy, I forbade the courtesans from calling me Vyau-la. They also could no longer use Chinese endearments like "little sister." They had to call me Vivi, I told them. The only people who could call me "Violet" were those who could say my name precisely, and they were my mother, Golden Dove, and my tutor.

After I changed my name, I realized I could do so whenever I pleased to suit my mood or purpose. And soon after, I adopted my first nickname as the result of an accident. I had been racing through the main salon and bumped into a servant carrying a tray of tea and snacks, which clattered to the floor. He exclaimed that I was a biaozi, a "little whirlwind." A delightful word. I was the Whirlwind who blew through the famed house of Hidden Jade Path with my nimbus of fluffy dark hair and my cat chasing the ribbon that had once held my hair in place. From then on, the servants had to call me Whirlwind in English, which they pronounced, "woo-woo."

I loved my golden fox cat. She belonged to me, and I to her, and that was a feeling I had with no other — not even my mother. When I held my kitty, she kneaded her paws on my bodice, snagging the lace and turning it into fishing nets. Her eyes were green like mine, and she had a beautiful golden sheen over her brown and black-splotched body. She glowed under moonlight. Mother gave her to me when I told her I wanted a friend. The cat had once belonged to a pirate, she said, who named her Carlotta after the Portuguese king's daughter he had kidnapped. No one else had a pirate's cat, whereas anyone could have a friend. A cat would always be loyal, unlike a friend. She said she knew that for a fact.

From The Valley of Amazement by Amy Tan. Copyright 2013 by Amy Tan. Excerpted by permission of Ecco.