A duo of companion novellas by the author of The Chrysanthemum Palace includes First Guru, in which a gay Buddhist achieves enlightenment in the horrific aftermath of his child's death; and Second Guru, in which an aging wild child returns to India to complete the spiritual journey of her youth.

NPR stories about The Empty Chair 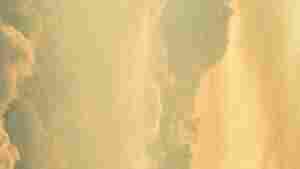 December 22, 2013 • Two strangers tell their stories to a wandering narrator in Bruce Wagner's new The Empty Chair. It's a pair of novellas meditating on grief, love, spirituality and the nature of storytelling. Reviewer Colin Dwyer says Wagner manages to both tease out the threads that bind the stories, and relish the spaces between.

I've spent a good part of the last fifteen years traveling around the country listening to people tell stories. Each spoke voluntarily and without compensation; none were public figures. Sometimes I went looking for storytellers, other times they seemed to come looking for me. Regardless of our methods we managed to find each another. The stories that interested me most were those that described a pivotal event or time in the teller's life. My plan was to stitch together excerpts that moved me or made me laugh, until I had the proverbial American quilt.

I decided to publish a book — the one in your hands — that holds just two narratives, unabridged. Both share a leitmotif of "diet Buddhism" (again, distinctly American) that serves as a backdrop for a variety of seekers slouching toward spiritual redemption. Though told years apart by a man and woman of divergent social classes, in many ways the tales are complementary. But there's something else, far more compelling: an extraordinary bridge from one to the other, a missing link whose apprehension came as a shock, a coup de foudre, an almost traumatic epiphany. From that moment of illumination, the idea of binding both together was non-negotiable.

Some of the material is a little dated. I had no inclination to excise or contemporize, so let once-topical references stand. While I tried to leave most repetitions, lacunae and narrative tics intact, editorial liberties were exercised under the flag of general readability. I am solely responsible for divvying up the transcripts, with the added benefit of being able to listen to the original tapes, into suitable paragraphs; of occasionally relegating parenthetical remarks to footnote status so as not to break the flow of narrative; of carving indents, spaces, and yes, parentheticals from the text (when doing so wouldn't break the flow), the better for it to breathe; and responsible too for inadvertent — and sometimes advertent — wholesale homogenizations. I'm certain there are times when I went too far or didn't go far enough, and if a heavy hand left too many fingerprints I offer my sincere apologies. I ask the persnickety reader to let narrative trump style. The "authors" here are vessels, not virtuosos. But you can't please all of the people all of the time.

Though if it were possible to hold all of the peoples' stories­ all of the time in one's head, heart and hands, there is no doubt that in the end each would be unvanquishably linked by a single, breathtaking detail, as are the two presented here ... what I really wanted to write was "single, religious detail," but I stopped myself. There's been so much sound and fury around that word these days that I hesitate to join the fray. At my age, one doesn't have too many fighting words left. Still, I wonder. Have I let myself be bullied?

I suppose if one needs to ask, the answer may be obvious.

Well, then. Allow me to clear my throat and revise:

If it were possible to hold all of the peoples' stories­ all of the time in one's head, heart and hands, there is no doubt that in the end each would be unvanquishably linked by a single, religious detail ...

I wish to thank all of those who shared their stories through the years with such abundance and openness of spirit. Not incidentally, I want to give thanks to the unknowable Mystery that made us.

I don't wish to offend anyone this early on, but I call that force God.

Why not go out on a limb?