Benjamin Dill's search for the car-bomb murderer of his sister, a detective, brings him up against friends-turned-enemies, corrupt cops, greedy politicians and beautiful Anna Maude. 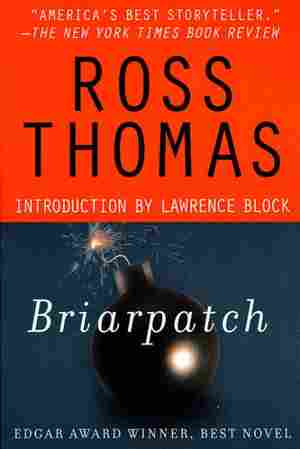 Nancy Pearl Turns Back The Pages With Picks From The Past

December 27, 2013 • NPR's go-to librarian returns to some old favorites from her personal shelves. "All the books on my bookshelves are books that I loved," she says. "Those are the only books I keep." Her picks include a trilogy of novellas filled with British humor and an Irish mystery.

Nancy Pearl Turns Back The Pages With Picks From The Past 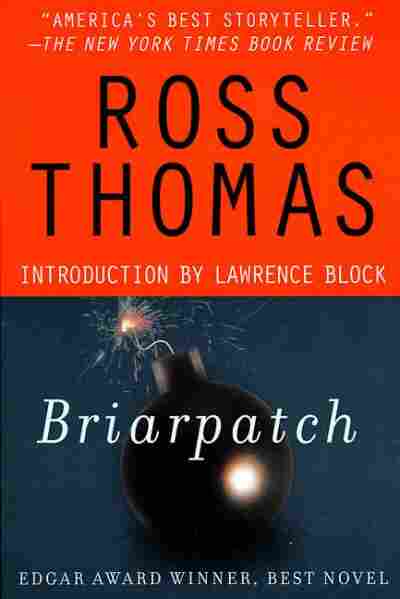 The redheaded homicide detective stepped through the door at 7:30 A.M. and out into the August heat that already had reached 88 degrees. By noon the temperature would hit 100, and by two or three o'clock it would be hovering around 105. Frayed nerves would then start to snap and produce a marked increase in the detective's business. Breadknife weather, the detective thought. Breadknives in the afternoon.

The door the detective stepped through led out onto the second-floor landing of a two-story yellow brick duplex with a green copper roof. The detective turned back, made sure the door was locked, and started down the outside staircase. The yellow brick duplex was in the still-fashionable Jefferson Heights section and had been well built fifty-two years ago on a nicely shaded sixty-foot lot on the southeast corner of Thirty-second Street and Texas Avenue. By dint of some rather dubious creative financing, the homicide detective had bought the duplex seventeen months back, lived alone in its upper two-bedroom apartment, and rented the lower floor for $650 a month to a thirtyish home-computer salesman and his girl friend, who were usually late with the rent.

It was 7:31 on the morning of August 4, a Thursday, when the detective reached the bottom of the outside staircase, turned left, stopped at the salesman's door, and rang the bell. After thirty seconds or so the door was opened by an unshaven, sleepy-looking Harold Snow who tried his best to seem surprised and almost succeeded.

"Oh-my-God, I forgot," Snow said. "You wanta come in while I write the check?" Snow was wearing only the stained Jockey shorts he had slept in.

"I already got the air-conditioning on."

Harold Snow shrugged and closed the door to keep the heat out. The detective noticed a suspicious-looking gray blister, about two inches in diameter, on the brown molding that framed the door. With the aid of a fingernail file, the detective gently probed the blister, suspecting termites. I cannot afford termites, the detective thought. I simply cannot afford them.The gray blister turned out to be only that, a paint blister, and the detective let out a small relieved sigh just as Harold Snow, now wearing a blue polo shirt, but still no pants, opened the door and held out the rent check. It was one of those brightly tinted checks with a pretty picture on it. The detective thought such checks were silly, but accepted it and studied it carefully to make sure Harold Snow hadn't postdated the check or forgotten to sign it, or even, as he had once done, written in differing amounts.

The redheaded detective smiled slightly for the second time. "Sure, Harold."

Harold Snow smiled back. It was a sheepish smile, patently false, that somehow went with Snow's long narrow face, which the detective also found to be rather sheeplike, except for those clever coyote eyes.

Still wearing his smile, Harold Snow then said what he always said to the homicide detective, "Well, I guess you gotta go round up the usual suspects."And as always, the detective didn't bother to respond, but said only, "See you, Harold," turned, and started down the cement walk toward the dark-green two-year-old five-speed Honda Accord that was parked the wrong way at the curb. Snow shut the door to his apartment.

The detective unlocked the two-door Honda, got in, put the key in the ignition, and depressed the clutch. There was a white-orange flash, quite brilliant; then a loud crackling bang, and a sudden swirl of thick greasy white smoke. When it cleared, the Honda's left door was hanging by one hinge. The detective sprawled halfway out of the car, the red hair now a smoking clump of fried black wire. The left leg below the knee ended in something that looked like cranberry jelly. Only the greenish gray eyes still moved. They blinked once in disbelief, once again in fear, and then, after that, the detective died.

Harold Snow was the first to race through the door of the downstairs apartment followed closely by Cindy McCabe, a thin tanned blond woman in her late twenties, who wore her hair up in green rollers. Snow had his pants on now, but no shoes. Cindy McCabe, also barefoot, wore a man's outsized white T-shirt and faded jeans. Snow held out a cautioning hand.

Harold Snow stared at the sprawled body of the dead homicide detective. "I guess," he said slowly, "I guess somebody just blew away the landlady."