This collection of stories blends fact and fiction to capture the reverberations of Kafka's influence on the lives of his friends and lovers, from his tuberculosis-stricken paramour Dora Diamant to his literary executor Max Brod.

NPR stories about Forgiving the Angel 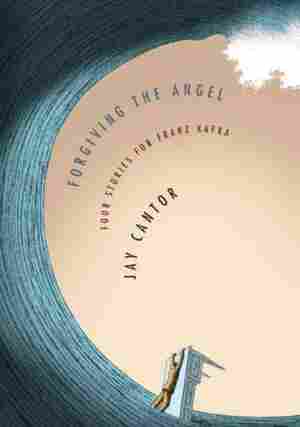 January 18, 2014 • Jay Cantor is a hard author to nail down. He's written about topics as wide-ranging as Che Guevara and Krazy Kat. His latest work expands his range even more, fictionalizing the lives of four of Franz Kafka's friends and lovers. It's called Forgiving the Angel, and Cantor tells NPR's Lynn Neary it's a book born out of gratitude.

More than once, Franz Kafka told his close friend and literary executor, Max Brod, that when Kafka died, Brod was to burn all his unpublished manuscripts. Brod, though, disobeyed his friend's instructions, and not long after Kafka's death, he arranged for the publication of Kafka's abandoned novels, and then, over time, his stories, parables, and even his diaries and letters.

The things of Kafka's that Brod had never published are now in safe-deposit boxes in Jerusalem and Zurich, and will remain there until a court decides who owns them. At dispute is whether Brod left the papers to his secretary, Esther Hoffe, as an executor who was to carry out Brod's wish that they be conveyed to the Israeli National Library — if that was his wish — or if he left them as her property, which she could sell, if she wanted, to whoever might pay the most, even to a library of the German nation.

In the Jerusalem courtroom, lawyers speaking on behalf of Esther Hoffe's daughters (who have inherited the papers from their mother, if, that is, they have, indeed, inherited them) have argued that no one should open the boxes before their ownership is determined, or even for a time afterward. They propose to sell the manuscripts unseen — if there are manuscripts in the boxes. "If we get an agreement, the material will be offered for sale as a single entity, in one package. It will be sold by weight ... There's a kilogram of papers here." The material might be new stories, diaries, or minor things altogether (for Brod prized every scrap by Kafka, even the notes from when Kafka was so sick he could not speak, was perhaps no longer making sense, and wrote things like a top hat made of water.)

"The highest bidder," the lawyers said, "will then be able to open the boxes and see what's there. The National Library can get in line and make an offer, too."

Absurd perhaps, though as we'll see, that's not altogether the fault of the lawyers. But to tell you how the papers came to be in sealed boxes that are to be sold by weight, I must tell you a story.

That story begins in Berlin in 1923, less than a year before Kafka's death, with a visit from Max Brod. Kafka, who had once complained that life was a train trip toward death that had far too many intervening stops for his taste, now would embrace a doctor if he said Kafka was looking a little better.

They'd had news like that recently. Kafka told Brod confidently that when the tuberculosis receded a little more, and he became "transportable," he and Dora Diamant, the woman he lived with in Berlin, would move to Palestine. In Tel Aviv, they'd open a restaurant where Kafka would be the waiter, Dora the cook. Kafka had put a white towel over his arm, and smiled with a combination of servility and the servant's mean-spirited cunning. He looked, Brod thought, a little ridiculous, but that was never something that seemed to bother Franz.

"I suggest you order our soup," Dora said.

"No, fortunately for you, we have no soup today. You see, our waiter is very likely to spill any bowls we trust him with."

"Which is why they never give me any, even empty ones," Kafka said. "The ghosts might fill them on the way to your table, and I would certainly pour the contents on your clothes when I cough."

Kafka and Dora laughed and looked toward Max expectantly. Like lovers everywhere, they took so much pleasure in each other that they couldn't imagine one wouldn't join them.

Like lovers everywhere? Milena had once written Brod that "Franz has a fear of everything that's shamelessly alive," yet Franz wasn't afraid of Dora. Kafka had broken his engagement with Felice because when one writes even night isn't night enough, one requires the loneliness of the grave. Yet he'd written new stories in this small apartment while Dora sewed on the couch nearby.

An impresario might sell tickets to the spectacle: Franz Kafka in Love, the writer free of his father and the claws of Prague, and living with a woman who was seemingly at ease in her body.

But like the restaurant, it might only be a show. After all, how could Dora feel easy in Berlin? She'd run here from her Hasidic family, and her father had sat shiva over her. And why had she come here? So she could study her father's Judaism. How could a woman be so buoyant, if she revered what restricted and even despised her?

"So the tales of the wonder-working rabbis," Brod had replied, "are like ... like something by Franz Kafka." Brod should have added: or they would be, if the Hasid imagined that men's intentions (or was it God's own?) were always hopelessly divided, and that even a story always came too early or too late.

Dora had brought the East to Kafka, and Franz the West to her, all its culture and literature. Yet at the same time, she'd decided (not wrongly, Brod thought, but on slender evidence on her part) that Franz was himself a new Master of the Good Name. The first Baal Shem, though, had a manual of what acts would knit body and soul together — the Talmud — while her lover's might fly apart at any moment if he didn't find the right stories to reknit things.

Excerpted from Forgiving the Angel by Jay Cantor Copyright 2014 by Jay Cantor. Excerpted by permission of Knopf, a division of Random House LLC. All rights reserved. No part of this excerpt may be reproduced or reprinted without permission in writing from the publisher.