How I Discovered Poetry

How I Discovered Poetry

by Marilyn Nelson and Hadley Hooper

The Connecticut Poet Laureate reflects on growing up as a young black girl in the '50s, and her development as an artist and young woman through 50 illuminating poems that consider such influences as the civil rights movement, the "Red Scare" atomic bomb era and the feminist movement.

NPR stories about How I Discovered Poetry 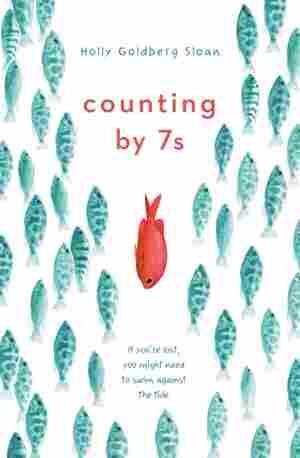 May 23, 2014 • The author of Because of Winn-Dixie and The Tale of Despereaux shares her summer book recommendations for young readers ages 8-13. 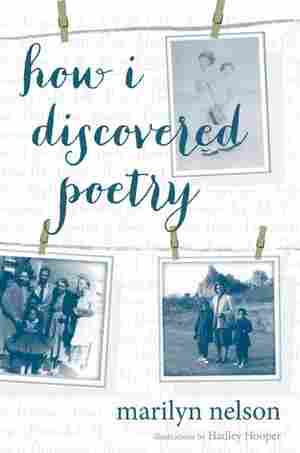 In 'Poetry,' The Story Of An African-American Military Family

February 8, 2014 • Many of Marilyn Nelson's most famous poetry collections are for children. Her latest work, How I Discovered Poetry, is a memoir about her own childhood, which was spent traveling around the country in the 1950s as the daughter of an Air Force pilot.

In 'Poetry,' The Story Of An African-American Military Family

Excerpt: 'How I Discovered Poetry'

Folding the letter and laying it down,

Daddy says, "Well, Baby, I've been called back up."

Mama pauses, then puts my bowl of beans

in front of me. Jennifer eats and hums

across from me on two telephone books.

Jennifer, stop singing at the table,

I hiss. Her humming's driving me crazy.

She looks up from her bowl with dreaming eyes:

he says, "and you'll take a leave from your job."

We've been called up. Our leaves become feathers.

­­With wings we wave good-bye to our cousins.

Nothing belongs to us in our new house

except Mama's piano and our clothes.

I'm the new girl in Dick and Jane country,

the other children faceless as grown-ups.

I read through recess and take some books home.

I read to Jennifer while Mama plays.

I read while the television talker

talks about career and the hide drajen bomb.

We ducked and covered underneath our desks,

Maybe drajens would turn into butter

if they ran really fast around a tree.

Somebody took a picture of a class

standing in line to get polio shots

and published it in the Weekly Reader.

We stood like that today. And it did hurt.

but all I did was sqwunch up my eyes and wince.

That lady in Montgomery just became a First

by sqwunching up her eyes and sitting there.

A DRIFT OF GIRLFRIENDS

We've moved to a neighborhood of new homes

being built to be sold to Negro families.

Daddy plowed our bare yard in the Lincoln,

breaking up the clods with its white-walled tires.

I walk to and from school, books to my chest,

with a drift of girlfriends, none of them mine.

I'm learning that Negro is a language

I don't speak. And I don't know how to dance.

At home, we listen to Miles and Coltrane,

Tchaikovsky and Chopin. I get good grades

and NOT because I'm "trying to be white."

HOW I DISCOVERED POETRY

filled my mouth as Mrs. Purdy read from her desk.

All the other kids zoned an hour ahead to 3:15,

but Mrs. Purdy and I wandered lonely as clouds borne

by a breeze off Mount Parnassus. She must have seen

the darkest eyes in the room brim: The next day

she gave me a poem she'd chosen especially for me

to read to the all-except-for-me white class.

She smiled when she told me to read it, smiled harder,

said oh yes I could. She smiled harder and harder

until I stood and opened my mouth to banjo-playing

darkies, pickaninnies, disses and dats. When I finished,

my classmates stared at the floor. We walked silent

to the buses, awed by the power of words.