Accessibility links
I Am Abraham NPR coverage of I Am Abraham: A Novel of Lincoln and the Civil War by Jerome Charyn. News, author interviews, critics' picks and more.

A Novel of Lincoln and the Civil War

Written in period style and peppered with 19th-century humor, a narrative portrait of the 16th President in his own voice reflects on his major life events from his picaresque youth in Illinois and improbable marriage to Kentucky belle Mary Todd through his visit to war-shattered Richmond days before his assassination.

NPR stories about I Am Abraham 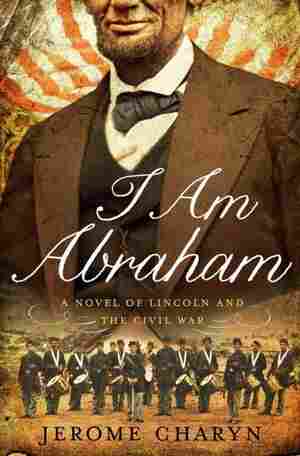 February 15, 2014 • Countless books and films have been made about Abraham Lincoln, but not many have been told in his voice. Jerome Charyn's latest novel, a sort of fictional autobiography, does just that. Charyn spoke with NPR's Scott Simon about Lincoln's poetry, depression, and fictionalizing a life.

Excerpt: 'I Am Abraham'

They could natter till their noses landed on the moon, and I still wouldn't sign any documents that morning. I wanted to hear what had happened to Lee's sword at Appomattox. There'd been wild rumors about the fate of that sword. One tell was that Grant had given it to a young captain on his staff who proceeded to gamble it away at a local bawdyhouse. I was mortally embarrassed, wondering if that young captain was Bob. So I was tickled to learn that Bob was on the premises, that he'd come to see his Pa.

I'd had rough patches with him, and our accommodations as father and son had been a series of truces and declarations of war. But I locked everyone out of my office, even my secretaries, to have breakfast with Bob. We had black tea and et an apple with our knives, as I tried to imagine what a breakfast in the field would have been like.

"Bobbie, are you gonna make your Pa beg? What happened to Lee's sword after he surrendered it to Grant?"

Bob rubbed his mustache a bit and said, "Poppycock — sheer poppycock," like the Harvard man he was. And while we had our little truce, he told me the real tell.

Lee had shown up first in his finest grays, with a dark red sash and a silver sword in a scabbard embroidered with gold. He was six feet tall, with a head of silver hair; and in walked Grant with his usual slouch, and nothing to show of his rank but a lieutenant general's straps. He was all dusty from the road. He'd spent half the night bathing his feet in hot water and mustard, while Lee had sat alone in an apple orchard, wondering if he should wage a guerrilla war against Grant; but it would have saddened him to watch his own boys become bushwhackers. So he arrived at Appomattox with a single adjutant, bearing a white flag.

Radical Republicans, raucous as ever, demanded that I deliver Lee in chains to Old Capitol Prison — but these Radicals didn't run the war last time I looked. Lee scratched his name on several documents. His troops were starving, he said, and had to survive on lumps of chalk and a scatter of parched corn; Grant told him that his boys could have all the corn they required from our own cars at Appomattox Station, and then Lee stood up, bowed, and strode out onto the porch, where his war horse was waiting. Bob had been stunned to see how emaciated Traveller was. That iron gray gelding was reduced to a bag of bones. His nostrils quivered as Lee mounted up. Then Grant moved out onto the porch and took off his hat. Lee tipped his own hat as Traveller trotted off with all the pomp of a battle pony, his flanks hurling sparks of light that near blinded Bob.

My generals must have poisoned my mind. "Bobbie," I said, "are ye certain about the sword? Grant could have claimed it as a war trophy. He was within his rights."

"Sir," Bob said, as if berating a child, "Mr. Grant wouldn't have bothered about one silver sword. He'd come to Lee with nothing but a toothbrush in his pocket."

"But my commanders swear that a Rebel patrol just about captured you and Grant on the way to Appomattox. All of us might have ended up surrendering to Lee."

"That's preposterous," Bob said, resting his boot heels on my map table and lighting up a seegar. "We had them outflanked on every side. All my General had to do was wave his glove once, and the whole damn Army of Northern Virginia would have crumpled — and that's a fact. Mr. Lee raced to Appomattox in his red sash out of dire necessity, sir."

Bob kissed his Pa impulsively on the forehead and strode out the room, his spurs jangling with the cadence of a captain who sat at Grant's table. It mattered to him not one fig that he could wander into the President's office without bothering to announce himself.

"Please don't tell Mother I'm here," he said. "I have to return to my General, and she'll hold me in her clutches for an hour. I just can't spare the time."

"You could say hello, Son — that wouldn't cost so much. And she'll crucify me if she finds out we had breakfast and you never . . ."

He rolled his eyes and saluted me like some martyr. But at least he'd dash in and out of Molly's boudoir, and talk a little soljer with Tad. He loved his little brother, and wouldn't have disappeared without offering Taddie some token from headquarters — a discarded pencil case, a broken bootstrap, or a Rebel bullet pouch Bob had picked up in the field.

I didn't have much peace after Bobbie's visit. The Radicals hounded me in the halls. They wanted me to dismantle Dixie, toss out every single Southern legislature, like Grant's discarded pencil cases. I wouldn't listen to their rabid cries. We're changing landlords, a little, I said, that's all. And they cursed me and Grant.

The papers announced that I would be at Ford's tonight with the General and his Julia — Ford's was serving up the same old farce, Our American Cousin, with Laura Keene, the the-ay-ter impresario. I was in the mood for Richard III, and the rumble of kings, but I ain't certain she had Richard in her repertoire. The seats were packed once Grant's name was announced and prices soared to $1.05 a ticket — it wasn't on account of Our American Cousin; everybody wanted to catch a glimpse of the reclusive General. But at the last minute Grant declined; Julia and my wife just couldn't get along. Mary had insulted her on our last trip to City Point; and I suspect Julia couldn't contemplate sitting in the Presidential box at Ford's for three solid hours with Mary Lincoln.

I, too, would have declined, but I didn't want to wreck Laura Keene and Ford's. Still, it weighed on me, having to wear a fancy collar and a hat with a silk top, without the clatter of tin swords on stage or the death of one solitary king. My rotund Secretary of War wouldn't go to the the-ay-ter with me in place of Grant. Stanton said it wasn't safe. Any Rebel fanatic could take a shot at the President, no matter how secluded I was in my box.

"Well, Stanton, then I might as well pass the time playing checkers with Tad, while soljers prance outside my door."

"Mr. President, that would be a more reasonable policy than going to Ford's five days after Appomattox."

I wouldn't listen to that taciturn man in the long brown-and-gray beard. Still, I had a hard time in the President's palace; it was filled with sutlers who could no longer follow Grant into battle with their supply wagons and wanted me to offer them up a parcel of the South as their own private territory. These vultures were prepared to pay any price. I'd have laid them out with a parcel of my own fury, but the vultures had been loyal to Grant. So I hemmed and hawed, said I'd have to consult with Grant, and waited for my wife.