The Scientific Quest to Understand, Enhance, and Empower the Mind

A survey of current groundbreaking research into the human mind reveals how top international labs have created unique technologies for recording mental capabilities.

NPR stories about The Future of the Mind 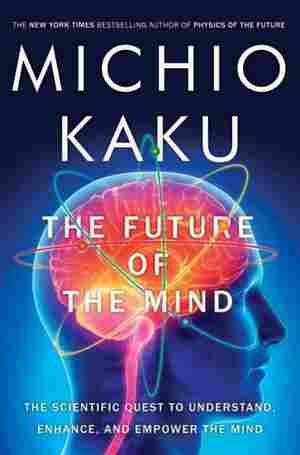 February 22, 2014 • Physicist Michio Kaku studies what were once only philosophical questions about the human mind. He delves into the brain and our understanding of its functions in his new book, The Future of the Mind.

Excerpt: 'The Future Of The Mind'

Houdini, some historians believe, was the greatest magician who ever lived. His breathtaking escapes from locked, sealed chambers and death-defying stunts left audiences gasping. He could make people disappear and then re-emerge in the most unexpected places. And he could read people's minds.

Or, at least it seemed that way.

Houdini took pains to explain that everything he did was an illusion, a series of clever sleight-of-hand tricks. Mind reading, he would remind people, was impossible. He was so outraged that unscrupulous magicians would cheat wealthy patrons by performing cheap parlor tricks and séances that he took it upon himself to go around the country exposing fakes. He was even on a committee organized by Scientific American, which offered a generous reward to anyone who could positively prove they had psychic power. (No one ever picked up the reward.)

Houdini believed that true telepathy was impossible. But science is proving Houdini wrong.

Telepathy is now the subject of intense research at universities around the world where scientists have already been able to read individual words, images, and thoughts of our brain by combining the latest scanning technology with pattern recognition software. This could revolutionize the way we communicate with stroke and accident victims who are "locked-in" their bodies, unable to articulate their thoughts except through blinks of their eyes. But that's just the start. It might also radically change the way we interact with computers and the outside world.

As we know, the brain is electrical. In general, anytime an electron is accelerated, it gives off electromagnetic radiation. The same holds true for electrons oscillating inside the brain. It sounds like something out of science fiction or fantasy, but humans naturally emit radio waves. But these signals are too faint to be detected by others, and even if we could perceive these radio waves, it would be difficult for us to make sense of them. But computers are changing all this. Scientists have already been able to get crude approximations of a person's thoughts using EEG scans. Subjects put on a helmet of EEG sensors on their head, and concentrate on certain pictures, say, the image of a car or a house. The EEG signals were then recorded for each image and eventually, a rudimentary dictionary of thought was created, with a one-to-one correspondence between a person's thoughts and the EEG image. Then, when a person was shown a picture of another car, the computer would recognize this EEG pattern.

The advantage of EEG sensors is that they are non-invasive and quick. You simply put on a helmet containing many electrodes onto the surface of the brain and the EEG can rapidly identify signals which change every millisecond. But the problem with EEG sensors, as we have seen, is that electromagnetic waves deteriorate as they pass through the skull, and it is difficult to locate the precise source. This method can tell if you are thinking of a car versus a house, but it cannot recreate an image of the car. That is where Dr. Gallant's work comes in.

The epicenter for much of this research is the University of California at Berkeley, where I received my own Ph.D. in theoretical physics years ago. I had the pleasure of touring the laboratory of Dr. Jack Gallant, whose group has accomplished a feat once considered to be impossible: video taping people's thoughts. "This is a major leap forward reconstructing internal imagery. We are opening a window into the movies in our mind," says Dr. Gallant.

When I visited his laboratory, the first thing I noticed was the team of young, eager postdoctoral and graduate students huddled behind their computer screens, looking intently at video images that were reconstructed from someone's brain scans. Talking to his team, you feel as though you are witnessing scientific history in the making.

Dr. Gallant explained to me that first, the subject lies flat on a stretcher, which is slowly inserted head first into a huge, state-of-the-art MRI machine, costing upwards of $3 million. The subject is then shown several movie clips (such as movie trailers readily available on YouTube.) To accumulate enough data, you have to sit motionless for hours watching these clips, a truly arduous task. I asked one of the post-docs, Dr. Shinji Nishimoto, how they found volunteers who were willing to lie still for hours on end with only fragments of video footage to occupy the time. He said the people in the room, the grad students and post-docs, volunteered to be guinea pigs for their own research.

As the subject watches the movies, the MRI machine creates a 3D image of the blood flow within the brain. The MRI image looks like a vast collection of 30,000 dots or voxels. Each voxel represents a pinpoint of neural energy, and the color of the dot corresponds to the intensity of the signal and blood flow. Red dots represent points of large neural activity, while blue dots represent points of less activity. (The final image looks very much like thousands of Christmas lights in the shape of the brain. Immediately, you can see the brain is concentrating most of its mental energy in the visual cortex while watching these videos.)

At first, this color 3D collection of dots looks like gibberish. But after years of research, Dr. Gallant and his colleagues have developed a mathematical formula which begins to make connections between certain features of a picture (edges, textures, intensity, etc.) and the MRI voxels. For example, if you look at a boundary, you'll notice it's a region separating lighter and darker areas and hence the edge generates a certain pattern of voxels. By having subject after subject view such a large library of movie clips, this mathematical formula is refined, allowing the computer to analyze how all sorts of images are converted into MRI voxels. Eventually, the scientists were able to ascertain a direct correlation between certain MRI patterns of voxels and each picture. "We built a model for each voxel that describes how space and motion information in the movie is mapped into brain activity," Dr. Nishmoto told me.

From The Future of the Mind by Michio Kaku. Copyright 2014 by Random House. Excerpted by permission of Random House.