Title
The Man Who Walked Away
Author
Maud Casey

Loosely based on the case history of a 19th-century Bordeaux psychiatric patient, the story closely follows the experiences of Albert — a man prone to taking trance-like walks throughout Europe and waking with no memory of his journeys.

NPR stories about The Man Who Walked Away 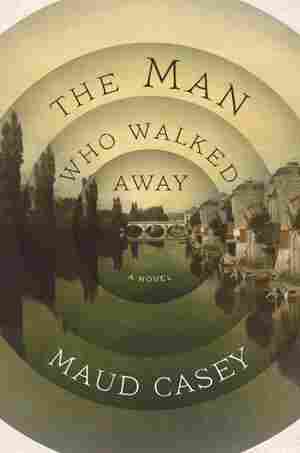 March 11, 2014 • Albert has been to dozens of cities across Europe. Trouble is, he can't remember how he got to any of them. Maud Casey's novel, The Man Who Walked Away, infuses his spotty story with charm and music.

Excerpt: The Man Who Walked Away

To keep from being afraid, Albert sometimes says to himself, Fascinating! Or, Magnificent! Or, Yet another escapade! Even when he is lost, he is not lost. No one fine day he found himself in a public square. No it seems or it appears or not able to say how he got here. He is, he is, he is. He is here: walking somewhere on the road to Poitiers and Longjumeau, Champigny and Meaux, Provins and Vitry-le-François, Châlons-sur-Marne, Chaumont, Vesoul, Mâcon.

Years pass differently on the road. When Albert discovers himself walking, not knowing how he got there, through Budweis and Prague and Leipzig and Berlin, he is thirteen, selling umbrellas for the salesman in La Teste. He is seventeen, spending those first nights newly orphaned in the rotten hollow of a fallen tree, and then eighteen, nineteen, then twenty. He is all of those Alberts. He is himself and himself and himself again.

"... The biggest year for the construction of hotels in Switzerland ..." At a nearby table in a tavern at the foot of the Cantabrian Mountains a man makes casual conversation, and "Berne" whispers its way into Albert's head. Berne, Berne, Berne, the word as delicious as a cake, and soon he discovers himself, not knowing how he got there, in Berne. For no reason at all, he discovers himself walking through Tournai, through Ostend, through Bruges, through Ghent, through Liège, through Nuremberg, through Stuttgart, and Mulhouse. His blood circulates astonishment to the tips of his fingers and his long nose, throughout his large head and his absurdly large ears (he knows: They are absurd), through the curves of his shapely calves as he walks through Delft and Amsterdam and Zwolle.

When Albert walks, people treat him like a prince; they are that kind. Even the men who put him in prison have been gentle. Your papers? He is always without papers. "Smell me," he says, holding out a sleeve to a gendarme who arrests him, his face braced for the worst. "I am not a vagrant." Surely, Albert thinks, a man as clean as he cannot be considered a vagrant. A man with a mustache as meticulously combed and trimmed as his, a vagrant? He is always very clean. Cleanliness is not easy when there is dust and, after it rains, mud to contend with. Even in fields of corn, of cotton, of olives, in the fields filled with sheep, cattle, and hogs (not all of them friendly), he manages. On the road, there are lakes and ponds and rivers. He has resorted to large puddles of rainwater, but he is always clean.

The gentleman at the French consul in Düsseldorf gives him five marks; the consul in Budapest gives him a fourth-class ticket to Vienna; the one in Leipzig gives him seven florins and a lodging ticket; the French ambassador in Prague takes up a collection and buys him a pair of shoes. Yet another escapade and yet another escapade and yet another escapade! The mayor of somewhere else entirely puts his arm around Albert's shoulder and says, "Now go home to Bordeaux. There's nothing better than returning home." But to Albert, kicking a fallen apple through the tall grass of another cemetery of toppled, crowded gravestones, home is never more home than when he is leaving, and he is always leaving, tugged like a balloon into the air.

There are those, like the man in charge of the mud baths in Dax, who don't believe Albert has a home even when he tells them again and again he is not a vagrant. Though he might be gone days or weeks or months, though the small cottage he once shared with his father is ramshackle, though its windows rattle in the wind off the harbor, though the bedclothes are tattered, though a mysterious mold grows in the kitchen, though the mice who dance in the pots are raising children in the stove, it is still his home. Once when he discovered himself there, his father's old friend the lamplighter offered to help. He tied Albert to his bed with rope. "To keep you safe," the lamplighter said, tightening the ropes around Albert's wrists and his ankles with hands that smelled permanently of gas. "He would have wanted me to keep you safe," the lamplighter said, and he began to cry. "I know," Albert said. There was something comforting and familiar about the way the ropes held him, but then he woke up somewhere else into some other day, not knowing how he got there, the stray thread on his trousers and his chafed wrists the only sign of the heavy rope. He was not angry or surprised. There was no holding him. There was no keeping him safe.

In Mont-de-Marsan there is a poster above the bar in a public house — a soldier and, trailing behind him, a corps of infantrymen on bicycles waiting to be led into battle. Cyclists are called les marcheurs qui roules. When Albert walks, he annihilates distance like a bicycle; he has no use for wheels but covers as much distance. Un marcheur qui roule tout seul, Albert doesn't need a war; when he walks he is a hero who has performed deeds of improbable greatness, and though he can't remember what they are, they are surely magnificent. When he walks, it doesn't matter that he can't remember what they are.

When he walks, he is no longer only moving toward death; he is no longer only dying. The gift of life is in his bones. The birds in the sky above him are utterly bird, the shadows cast by leaves totally and completely shadow. Their beauty is indisputable. They are. They are here. He is. He is here. Ripe fruit falls to the ground at his feet, offering itself to him. From the riverbeds comes the song of frogs. When Albert walks, he has been kissed. When he walks, his existence is complete and his body is divine; he is elemental as the sky drenched with sun, then infused with red dusk, then night-dark, then sun-bright again.

He walks for days without stopping, without eating, without sleeping, in order to feel the gift of astonishment.