Accessibility links
Ha! NPR coverage of Ha!: The Science of When We Laugh and Why by Scott Weems. News, author interviews, critics' picks and more.

A cognitive neuroscientist investigates the science of humor and laughing, exploring why surprise is an important element in what people find funny, why computers are bad at detecting humor, and how laughing affects the immune system. 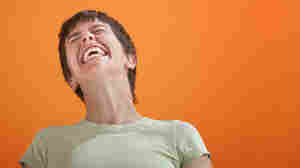 March 15, 2014 • Scott Weems' book HA! explores the science of when we laugh and why. He describes the part of your brain that's active when you laugh, and the controversy over whether ducks are funnier than chickens. 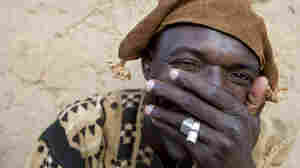 March 7, 2014 • A new book by Scott Weems on humor and human nature raises fascinating questions about why we laugh. Commentator Alva Noë cracks up easily and asks for help collecting some more jokes.

I'm too young to have ever seen Lenny Bruce perform live, but I love his work and it has often made me wonder: Why do we find things funny? It's a philosophical as well as scientific question: Why do some comments, including jokes, quips, or extended stories, provoke joy and laughter, while others do not? Or, to be more concrete, why do we have the same reaction to a quip made by Lenny Bruce as to one made by Henny Youngman? Youngman was the comic who spoke the immortal line "Take my wife . . . please," the kind of one-liner that's now rare but in its day caused audiences to howl. Humor may have adapted to modern tastes, like other forms of entertainment, but this doesn't explain why something funny to one person isn't to another, or why something that's hilarious in one decade is trite and stale in another.

I believe the answer to these questions lies in the fact that humor is ultimately not about puns or one-liners. Although traditional jokes are now rare thanks to artists like Bruce, humor remains alive and well because it's a process, one that reflects the times and needs of its audiences. It's the social or psychological working through of ideas that are not easily handled by our conscious minds.

As a cognitive neuroscientist with more than a dozen years' experience studying how the brain operates, I have learned that understanding humor requires recognizing the massive complexity of the human brain. If the brain were a government, it wouldn't be a dictatorship, a monarchy, or even a democracy. It would be an anarchy. It's been said that the brain is a lot like the Reagan presidency—characterized by countless interacting modules, all acting independently with only the semblance of a central executive. Political views aside, most scientists would agree with this assessment. The brain is indeed massively complex: parts are connected to other parts, which are then connected to others, but nowhere in the system is there some "final part" deciding what we say or do. Instead, our brains act by letting ideas compete and argue for attention. This approach has its benefits, such as allowing us to reason, solve problems, and even read books. However, it sometimes leads to conflict, for example when we try to hold two or more inconsistent ideas at once. When that happens, our brains know of only one thing to do—laugh.

We often think of the human mind as a computer, one that takes input from its surroundings and acts based on our immediate goals. But this view is flawed. Rather than working in a logical, controlled manner, the brain multitasks. It doesn't break down in the face of ambiguity but, instead, uses confusion to achieve complex thought. When the brain is given conflicting goals or information, it uses that conflict to generate novel solutions, sometimes producing ideas that have never been thought of before. Humor succeeds because we take joy in this process, which is why a bored mind is a humorless mind. We take pleasure in working through the confusion, and we laugh when we've come up with a solution.

One challenge arising from viewing humor as a social and psychological phenomenon is that it's not easily measured. Most scientists prefer to focus on laughter, which is a concrete behavior. As a result, laughter has been relatively well studied; surveys show that we're more likely to be seen sharing laughter than any other emotional response. This means that, on average, we laugh between fifteen and twenty times a day. There's lots of variation, though. Women tend to laugh less as they get older, but not men. And we all tend to laugh more in the afternoon and evening, though this tendency is strongest for the young.

It shouldn't be surprising, then, that our first attempts at understanding humor involved the study of laughter. Aristotle said that humans are the only species who laugh, and that babies don't have souls until they utter their first giggle. As if that wasn't enough, he further claimed that every baby first laughs on his or her fortieth day. Friedrich Nietzsche described laughter as a reaction to existential loneliness. Freud had a more positive view (an unusual role for him), claiming that laughter is a release of tension and psychic energy. The problem with each of these definitions, of course, is that they're useless. There's no way to measure psychic energy or existential loneliness, and there never will be. Perhaps this is why Thomas Hobbes felt comfortable confusing things entirely by calling laughter the "glory arising from some sudden conception of some eminency in ourselves." Laughter, which we can actually observe and measure, is indeed endlessly interesting, but humor reveals more about our humanity, about how we think and feel, and about how we relate to others. Humor is a state of mind. And that's what this book is about.

From Ha!: The Science of When We Laugh and Why by Scott Weems. Copyright 2014 Scott Weems. Excerpted by permission of Basic Books, a member of The Perseus Books Group.