Accessibility links
All Our Names NPR coverage of All Our Names by Dinaw Mengestu. News, author interviews, critics' picks and more.

Coming of age during an African revolution, a brilliant student-turned-fighter flees the escalating violence of his country to resettle in the U.S., where he is haunted by his past.

NPR stories about All Our Names 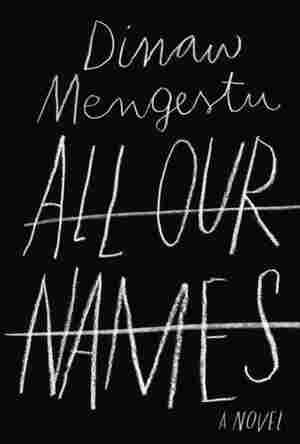 Dinaw Mengestu Embraces The Vastness Of Love And War

April 3, 2014 • Meg Wolitzer says All Our Names, told in the alternating voices of two lovers, is a subtle masterpiece. It tackles huge themes — relationships, violence, identity, racism — but never overreaches.

Dinaw Mengestu Embraces The Vastness Of Love And War 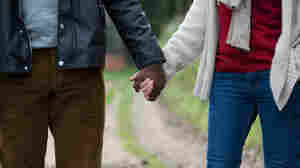 From Uganda To The Midwest, 'All Our Names' Draws Portraits Of Love

March 8, 2014 • Dinaw Mengestu is known for writing about the immigrant experience, but his latest novel takes a slightly different tack: It's about love born out of loneliness and need, and complicated by war.

From Uganda To The Midwest, 'All Our Names' Draws Portraits Of Love

Excerpt: All Our Names

When I met Isaac, I was almost what my mother would have called "a woman of a certain age." That in her mind made me vulnerable, though I never felt that way, not even as a child growing up in a house where it would have been much easier to be a boy. My mother was a whisperer. She spoke in soft tones, in case my father was upset or had entered one of his dark moods, a habit which she continued after he had left. We lived in a quiet, semi- rural Midwestern town, and decorum for her was everything. What mattered most was that the cracks that came with a family were neatly covered up, so that no one knew when you were struggling to pay the mortgage, or that your marriage was over long before the divorce papers were signed. I think she expected that I would speak like her — and maybe when I was very small I did, but my instincts tell me that, more likely than not, this was never the case. I could never have been a whisperer. I liked my voice too much. I rarely read a book in silence. I wanted to hear every story out loud, so I often read alone in our backyard, which was large enough that if I yelled the story at the top of my voice, no one in the house closest to us could hear me. I read out there in the winter, when the tree branches sagged with ice and the few chickens we owned had to be brought into the basement so they wouldn't freeze to death. When I was older, and the grass was almost knee-high because no one bothered to tend to it anymore, I went back there with a book in my hand simply to scream.


That Isaac said he didn't mind if I raised my voice was the first thing I liked about him. I had driven nearly three hours, across multiple county lines and one state line, to pick him up as a favor to my boss, David, who had explained to me earlier that morning that, although, yes, tending to foreigners, regardless of where they came from, wasn't a normal part of our jobs, he had made an exception for Isaac as a favor to an old friend, and now it was my turn to do the same.

I was happy to take Isaac on. I had been a social worker for five years and was convinced I had already spent all the good will I had for my country's poor, tired, and dispossessed, whether they were black, white, old, fresh from prison, or just out of a shelter. Even the veterans, some of whom I had gone to high school with, left me at the end of a routine thirty-minute home visit desperate to leave, as if their anguish was contagious. I had lost too much of the heart and all the faith needed to stay afloat in a job where every human encounter felt like an anvil strung around my neck just when I thought I was nearing the shore. We were, on our business cards and letterhead, the Lutheran Relief Services, but there hadn't been any religious affiliation — not since the last Lutheran church for a hundred miles shut down at the start of World War II and all of its parishioners were rechristened as Methodists.

It was common among the four of us in the office to say that not only were we not Lutheran, but we didn't really provide any services, either. We had always run on a shoestring budget, and that string was nipped an inch or two each year as our government grants dried up, leaving us with little more than a dwindling supply of good intentions and promises of better years to come. David said it first and most often: "We should change our name to 'Relief.' That way, when someone asks what you do, you can say, 'I work for Relief.' And if they ask you relief from what, just tell them, 'Does it really matter?' "

Mildly bitter sarcasm was David's preferred brand of humor. He claimed it was a countermeasure to the earnestness that supposedly came with our jobs.


I knew little about Isaac before I met him, except that he was from somewhere in Africa, that his English was most likely poor, and that the old friend of David's had arranged a student visa in order for him to come here because his life may or may not have been in danger. I wasn't supposed to be his social worker so much as his chaperone into Middle America — his personal tour guide of our town's shopping malls, grocery stores, banks, and bureaucracies. And Isaac was going to be, for at least one year, my guaranteed Relief. He was, in my original plans, my option out of at least some of our dire weekly budget meetings and the mini- mum of two hospital visits a month; last and most important, he secured my right to refuse to take on any new clients who were terminally ill. I had been to twenty-two funerals the year before, and though most were strangers to me when they passed, I felt certain my heart couldn't take much more.


My first thought when I saw Isaac was that he was taller and looked healthier than I expected. From there, I worked my way backward to two assumptions I wasn't aware of possessing: the first that Africans were short, and the second that even the ones who flew all the way to a small college town in the middle of America would probably show signs of illness or malnutrition. My second thought — or third, depending on how you counted it — was that "he wasn't bad-looking." I said those same words to myself as a test to measure their sincerity. I felt my little Midwestern world tremble just a bit under the weight of them.


Isaac and I had known each other for less than an hour when he told me he didn't mind if I sometimes shouted; I had already apologized for being late to meet him, and for failing to have a sign with his name on it when I arrived. Later, in the car, I apologized for driving too fast, and then, once we arrived in town, I apologized for my voice.

"I'm sorry if I talk too loud," I said. It was the only apology I had repeatedly sworn over the past ten years never to make again. The frequency with which I broke that promise never softened the disappointment I felt immediately afterward.

"You don't have to apologize for everything," he told me. "Talk as loud as you want. It's easier to understand you."

I couldn't hug Isaac or thank him for his attempt at humor without making us feel awkward, but I wanted him to know that I wasn't normally so easily moved, that I was a woman of joy and laughter. I tried my best to give him an animated, lively description of our town.

"It's pronounced 'Laurel,' like the flower," but I suspected that wasn't entirely correct, so I pointed to the hulking brick factory, which, other than a grain silo, was the tallest object on the horizon.

"That used to be a bomb factory," I said. There were rumors that it would be converted into the state's largest shopping mall, but I wasn't sure he knew what a mall was, so I left that out.