Three young Americans describe the time spent in captivity in Iran's infamous Evin Prison after they unknowingly crossed the border while hiking on vacation and were accused of espionage by Iranian Border Patrol.

Excerpt: A Sliver Of Light 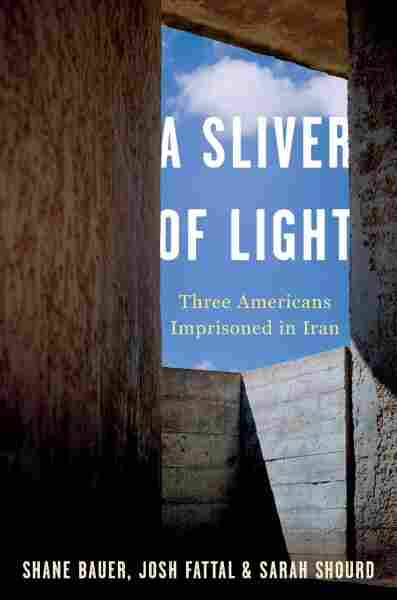 I stir out of sleep. The air is so fresh and cool, it's almost minty. Dis­tantly, I hear a stream purl. Sarah and Josh are lying on either side of me, unmoving. A deep predawn glow infuses everything. A bat cuts jaggedly through the air. I sit up and stretch my arms and back, which sends bursts of energy through my body. Today, we are going to hike. There are few things I love more than this.

Brown mountains jut up around us, mottled with specks of green bushes and patches of yellow grass that looks like lion's fur. The trail we started on last night snakes upward, weaving a thin little thread through the valley. We wash our faces in a nearby stream. We fill up our many little water bottles, eat some bread and cheese, and walk.

Josh is light spirited and contemplative, jumping from one rock to the next as we set off up the valley. He's so good at shaking off weari­ness, putting that wholesome smile back on his face. Sarah and I trail behind him, holding hands and weaving our way between the rocks. None of us speaks, except to point out the occasional curiosity, like empty goat pastures hemmed in by short walls of piled-up rocks or the occasional cement prayer niches with arrows that point the pious toward Mecca.

Hours pass as we walk. Porcupine quills, cat feces, and per­fectly round spiky purple flowers appear sporadically on the slowly thinning trail. Josh is a hundred feet ahead. A cloud of yellow dust is pluming behind him, rising above the dry grass and hanging in the hazy air. Are we on a human-made trail, or did some goat slice through this endless meadow, creating this tiny track we are trudg­ing on? The heat is growing and I am easing into that state where my body is tiring, but I just march on autopilot, pulled by something to­ward the top of the mountain. It must be 11 a.m. How long have we been walking? Five hours?

At some point, we stop to drink from our water bottles, which are starting to run low, and Josh mentions that we're heading east. "We could just keep going and go to Iran," he jokes. I remark that Iran must be at least a hundred miles away. We keep walking.

We reach what looks like an old, disused road, clogged with large rocks. We decide to temporarily jettison some of our things, cram­ming blankets and books under a bush and building a little cairn on the side of the road to remind us where the stash is. Then we plod up­ward, winding up the switchbacks. The ridge has to be close. The ho­rizon — saddled between two peaks — has seemed directly in front of us for a while now. At the top, we'll turn back. We'll have to, or we'll miss Shon. He, the fourth of our group, stayed back in Sulaimaniya to rest up and is going to meet us back where we started this morn­ing. We'll have a night around the fire before we catch a bus back up through Iraqi Kurdistan to Turkey, through the flat expanse of the Syrian Desert, and back to Sarah's and my little home, tucked into the beautiful sprawl and bustle of Damascus.

As we walk, I notice a cigarette pack on the ground. There must be people nearby. Maybe we'll find a village, have some tea, chat with the locals.

We pass an ancient-looking, broken-down stone shack on the side of the road. Sarah wants to turn back; I can feel it. Her energy is nervous, but she is trying to hide it. I'm used to this. She is strong and brave, but she's often a bit anxious when we leave cities, even when we're in the United States. She fears things like mountain lions and lone men. But she doesn't like to let the fear dictate her actions. She also doesn't like to be coddled, so I let her deal with it herself. Any­way, I want to get to the top.

"Would you rather ... ," she starts to ask Josh and me, before trail­ing off momentarily. She likes to play this game when we walk and, I think, when she's uncomfortable with the silence. I love how she al­ways starts it the same way, stating the first clause, then deciding on the second clause while the listener waits. Now she asks, "Would you rather get surrounded by five mountain lions right now, or five mem­bers of al-Qaeda?"

I think for a few seconds. "Probably mountain lions," I say. "We could probably scare them off. I think if we were grabbed by al-Qaeda, we wouldn't have much of a chance."

"Don't you think you could reason with al-Qaeda, though?" Josh says. "Speak to them in Arabic? Tell them you don't hate Muslims? Tell them you're critical of our government?"

"I don't think it would matter," I say. "But okay. I'll go for al-Qaeda. Maybe you're right. Maybe we could try to reason with al-Qaeda. There would be no reasoning with five mountain lions."

Sarah chimes in. "I would definitely choose al-Qaeda ... " She pauses. "You guys, I think we should turn back. It's getting hot and we're almost out of water."

Then, as if on cue, a tiny runnel trickles across the road. We don't have to go back just yet. The water is coming from a little spring, dribbling into a small, cement, human-made basin. I pour the water over my head by the bottleful and laugh as it runs down my skin. I can't remember the last time I felt so free. Free of time. Free of worry. Free of the heat.

Could I be more content, more happy? We take a break, our in­sides cooled after five hours of walking, and fall asleep in the shade. I wake to the phone ringing. It's Shon. He is on a bus and getting ready to come to meet us. How could the phone get coverage way up here? "Just go to the waterfall," I tell him. "It's right past the big camp­ground with hundreds of people camped out. There are a bunch of tea vendors and stands selling souvenirs and stuff. From the water­fall, walk straight up the trail and up the valley. We'll be coming down soon. There is no way we can miss each other." I hang up as Sarah and Josh stir out of sleep.