Stefan Zweig at the End of the World

George Prochnik documents the tragic story of intellectual, humanitarian and best-selling author Stefan Zweig, tracing his rapid downfall after the rise of the Nazis and the years of exile that culminated in his 1942 suicide.

NPR stories about The Impossible Exile 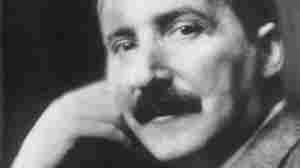 The Rise And Fall Of Stefan Zweig, Who Inspired 'Grand Budapest Hotel'

April 2, 2014 • The Viennese writer was once one of the world's most translated authors, but after his death he was forgotten — until now. Wes Anderson credits Zweig's writing at the end of his latest film.

The Rise And Fall Of Stefan Zweig, Who Inspired 'Grand Budapest Hotel'

Late on a November morning in 1941, Stefan Zweig, one of the world's foremost literary celebrities — a wealthy humanist who'd considered himself friends with the likes of Sigmund Freud, Albert Einstein, Thomas Mann, Herman Hesse, and Arturo Toscanini, a Viennese cosmopolitan just shy of his sixtieth birthday who wrote with violet ink and rarely traveled without his tails, awoke on a narrow black iron bed beside the iron bed of his wife, Lotte, drew his teeth from a glass, and pulled on his rumpled slacks and shirt. Pack animals clopped by on the stones below. Birds screeched in the canopy of trees while insects crept over his skin.

Lighting the day's first cigar, he walked out the door of their moldy little bungalow, descended the steep stairs overgrown with hydrangeas, and crossed the road to the Café Elegante. There, in the company of dark-skinned mule drivers, he enjoyed a delicious coffee for half a penny and practiced his Portuguese with the sympathetic proprietor. It was difficult; his Spanish interfered continuously. Then he remounted the steps and seated himself for a few hours of work on the covered veranda that functioned as his living room, gazing off now and again over the emerald fans of palm fronds toward the splendid panorama of the Serro do Mar mountains. Lotte, who was twenty-seven years his junior and had once been his secretary, worked nearby, correcting a draft of the manuscript of a short story he was writing about chess — the royal game. Inside, the maid struggled with their smoky wood-burning stove.

After a rather primitive lunch — chicken, rice, and beans were staples — Stefan and Lotte played through a contest from a book of master chess games. Following the match, they took a long walk away from the main streets of Petrópolis, the town in the hills above Rio where they'd come to rest, onto an old path that led into a picturesque jungle rife with wildflowers and little streams. And then back to the bungalow for more work. Correspondence. Notetaking from a dusty Montaigne he'd found in the cellar. ("Then as today the world torn apart, a battlefield, war raised to the apotheosis of bestiality," he wrote: "in such times the problems of life for man merge into a single problem: How can I remain free?") Then sleep. And so it went. Day after day. Week after week.

But on this day, the sheer implausibility of his situation overcame him. In a letter to Lotte's family, he burst out in astonishment: "I would not have believed that in my sixtieth year I would sit in a little Brazilian village, served by a barefoot black girl and miles and miles away from all that was formerly my life, books, concerts, friends, conversation." All the property he'd left behind in Austria, his stake in the family textile business in Czechoslovakia, the remnant of his belongings he'd managed to bring away to England, where he'd based himself after first going into exile in 1934, he regarded as lost. The spectacular array of manuscripts and musical scores he'd gathered over a lifetime of passionate collecting was scattered all over the world. To his sister-in-law in London he repeated "my urgent wish, that you may use all clothes, underwear, linen, overcoats and also whatever we have there ... You do me only a favour and you will see that I feel much better with this idea. I have then less regret of what I shall never see more."

Yet here was the extraordinary thing: despite their removal from everything that had composed his existence hitherto, Stefan asserted, "we feel extremely happy here." The landscape was exquisite. The people were lovely. Life was cheap and flavorful. He and Lotte were gathering the strength necessary to face the dark times — "alas, we will want much strength," he wrote. Their happiness was marred only by thoughts of the unspeakable suffering engulfing their former home. The news of everyday life in the Nazi-occupied territories was more depressing even than reports of the military situation. Stefan feared that millions would starve while Brazil continued to bask in peace and prosperity. The country's sense of immunity from Europe's fit of self-destruction had sparked a new nationalism among Brazil's powerful, who fantasized about the influential role they would play in shaping the outcome of the war. But the kindness of the Brazilian people remained. "I wish we could send you some chocolate or coffee and sugar, which is ridiculously cheap here," he wrote, "but we have not yet found any possibility."

The image of Stefan Zweig marooned on his lush perch in Petrópolis, where, he wrote, Europe with all its troubles was as far from the thoughts of locals as China's struggles used to seem from Europeans like himself — is as improbable as it is haunting. How had one of the most lionized writers in the world, a man who prided himself on serving as a connector between the intellectual and artistic luminaries of Europe even more than on his literary output, ended up living what he described as a monk's life at 34 Rua Gonçalves Dias? Yet this very distance — what he characterized to his publisher as the "complete isolation" of his Brazilian refuge — had also freed him, he wrote, to finish his memoir, The World of Yesterday, and "completely revise" all the material he'd composed before. The countryside around him in Petrópolis "seems to be translated from the Austrian into a tropical language," he told one fellow exile. As Vienna sank further into shadows, the city's imaginary character as an artistic utopia glowed ever brighter for Zweig. In this sense he resembled his old friend Joseph Roth, of whom it was once noted, "His Austrian patriotism grew apace as Austria shrank smaller and smaller, reaching its climax when his homeland ceased to exist."

While donkeys carrying loads of bananas passed beneath him, and his maid sang gently in the kitchen next door, Zweig revisited the most vibrant scenes of his past. None was more precious to him, because of the testimony it offered to the aesthetic fervor of his native milieu, than the moment when Viennese society assembled for the last time at the old Burgtheater in 1888, before this grand building was torn down. Hardly had the curtain fallen on the final performance, Zweig wrote, when the entire audience, consumed with sorrow, leapt to the stage to pry away "a relic of the boards upon which the beloved artists had trod." For decades afterward in ornate bourgeois homes all around the Ringstrasse these splinters from the Burgtheater could be seen "preserved in costly caskets, as fragments of the Holy Cross are kept in churches." It was, Zweig concluded, nothing less than "a fanaticism for art," one in which all classes of Vienna participated. Moreover, this consuming obsession enabled the artists themselves to reach new heights of creative achievement, since not just appreciation but overestimation fed the drive. "Art always reaches its peak where it becomes the life interest of a people," he declared. And when he looked up from the page, his eyes filled with dark green and golden palms, with swooping hills buried in verdure, with giant empty skies. Where had everyone in his life gone? he marveled. No one was more worldly than Zweig. He thought he'd heard everything. Yet he'd never heard anything like the quiet of his new home.