The Boy in His Winter

The Boy in His Winter

Huck Finn and Jim float on their raft across a continuum of shifting seasons, feasting on a limitless supply of fish and stolen provisions, propelled by the currents of the mighty Mississippi from one adventure to the next. Launched into existence by Mark Twain in 1835, they have now been transported by Norman Lock through three vital, violent, and transformative centuries of American history. As time unfurls on the river's banks, they witness decisive battles of the Civil War, the betrayal of Reconstruction's promises to the freed slaves, the crushing of the Native American nations, and the electrification of a continent. While Jim enters real time when he disembarks the raft in the Jim Crow South, Huck finally comes of age when he's washed up on shoreduring Hurricane Katrina. An old man in 2077, Huck takes stock of his life and narrates his own story, revealing our nation's past, present, and future as Mark Twain could never have dreamed it.

NPR stories about The Boy in His Winter 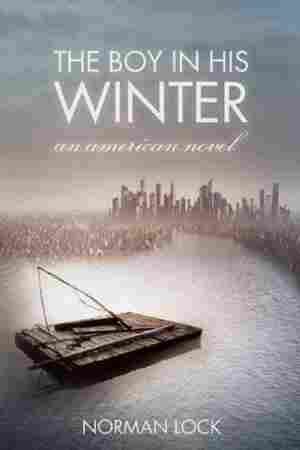 May 15, 2014 • In Norman Lock's new novel, Huck and Jim set out on their raft in 1835, but are swept up and along through three wrenching centuries: slavery, the Civil War, Reconstruction, Jim Crow and onward.