The moments of grandeur and weakness, the aspirations, and the problems of America's test pilots and first astronauts are revealed in an exploration of the dimensions of their inner lives in space and on the earth.

NPR stories about The Right Stuff 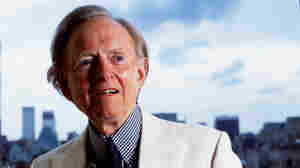 Novelist and journalist Tom Wolfe believed that techniques for fiction and nonfiction should be interchangeable. "The things that work in nonfiction would work in fiction, and vice versa," he said. David Corio/Redferns/Getty Images hide caption

May 15, 2018 • The author of The Bonfire of the Vanities and The Right Stuff used to give himself a quota of 10 triple-spaced pages per day. He also experimented with literary techniques in his nonfiction. 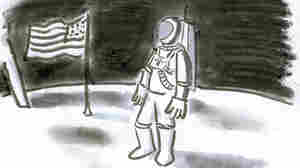 Neil Whosis? What You Don't Know About The 1969 Moon Landing

July 16, 2014 • The year he landed on the moon, astronaut Neil Armstrong was famous, iconic, an American hero. One year later he wasn't. In 1970, how many people remembered his name? This will surprise you. 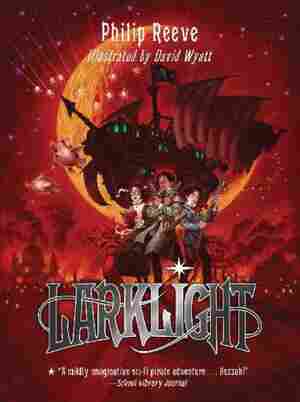 To Infinity, And Beyond: Rocket-Powered Summer Reading

June 17, 2014 • Blast off for summer adventure! These books will take you from a few feet off the ground to far beyond the galaxy (even this universe). Also, rocket ship trees, did we mention the rocket ship trees?

To Infinity, And Beyond: Rocket-Powered Summer Reading

June 17, 2014 • Blast off for summer adventure! These books will take you from a few feet off the ground to far beyond the galaxy (even this universe). Also, rocket ship trees, did we mention the rocket ship trees?

Within five minutes, or ten minutes, no more than that, three of the others had called her on the telephone to ask her if she had heard that something had happened out there.

"Jane, this is Alice. Listen, I just got a call from Betty, and she said she heard something's happened out there. Have you heard anything?" That was the way they phrased it, call after call. She picked up the telephone and began relaying this same message to some of the others.

"Connie, this is Jane Conrad. Alice just called me, and she says something's happened ..."

Something was part of the official Wife Lingo for tiptoeing blindfolded around the subject. Being barely twenty-one years old and new around here, Jane Conrad knew very little about this particular subject, since nobody ever talked about it. But the day was young! And what a setting she had for her imminent enlightenment! And what a picture she herself presented! Jane was tall and slender and had rich brown hair and high cheekbones and wide brown eyes. She looked a little like the actress Jean Simmons. Her father was a rancher in southwestern Texas. She had gone East to college, to Bryn Mawr, and had met her husband, Pete, at a debutante's party at the Gulph Mills Club in Philadelphia, when he was a senior at Princeton. Pete was a short, wiry, blond boy who joked around a lot. At any moment his face was likely to break into a wild grin revealing the gap between his front teeth. The Hickory Kid sort, he was; a Hickory Kid on the deb circuit, however. He had an air of energy, self-confidence, ambition, joie de vivre. Jane and Pete were married two days after he graduated from Princeton. Last year Jane gave birth to their first child, Peter. And today, here in Florida, in Jacksonville, in the peaceful year 1955, the sun shines through the pines outside, and the very air takes on the sparkle of the ocean. The ocean and a great mica-white beach are less than a mile away. Anyone driving by will see Jane's little house gleaming like a dream house in the pines. It is a brick house, but Jane and Pete painted the bricks white, so that it gleams in the sun against a great green screen of pine trees with a thousand little places where the sun peeks through. They painted the shutters black, which makes the white walls look even more brilliant. The house has only eleven hundred square feet of floor space, but Jane and Pete designed it themselves and that more than makes up for the size. A friend of theirs was the builder and gave them every possible break, so that it cost only eleven thousand dollars. Outside, the sun shines, and inside, the fever rises by the minute as five, ten, fifteen, and, finally, nearly all twenty of the wives join the circuit, trying to find out what has happened, which, in fact, means: to whose husband.

After thirty minutes on such a circuit—this is not an unusual morning around here—a wife begins to feel that the telephone is no longer located on a table or on the kitchen wall. It is exploding in her solar plexus. Yet it would be far worse right now to hear the front doorbell. The protocol is strict on that point, although written down nowhere. No woman is supposed to deliver the final news, and certainly not on the telephone. The matter mustn't be bungled!—that's the idea. No, a man should bring the news when the time comes, a man with some official or moral authority, a clergyman or a comrade of the newly deceased. Furthermore, he should bring the bad news in person. He should turn up at the front door and ring the bell and be standing there like a pillar of coolness and competence, bearing the bad news on ice, like a fish. Therefore, all the telephone calls from the wives were the frantic and portentous beating of the wings of the death angels, as it were. When the final news came, there would be a ring at the front door—a wife in this situation finds herself staring at the front door as if she no longer owns it or controls it—and outside the door would be a man ... come to inform her that unfortunately something has happened out there, and her husband's body now lies incinerated in the swamps or the pines or the palmetto grass, "burned beyond recognition," which anyone who had been around an air base for very long (fortunately Jane had not) realized was quite an artful euphemism to describe a human body that now looked like an enormous fowl that has burned up in a stove, burned a blackish brown all over, greasy and blistered, fried, in a word, with not only the entire face and all the hair and the ears burned off, not to mention all the clothing, but also the hands and feet, with what remains of the arms and legs bent at the knees and elbows and burned into absolutely rigid angles, burned a greasy blackish brown like the bursting body itself, so that this husband, father, officer, gentleman, this ornamentum of some mother's eye, His Majesty the Baby of just twenty-odd years back, has been reduced to a charred hulk with wings and shanks sticking out of it.

My own husband—how could this be what they were talking about? Jane had heard the young men, Pete among them, talk about other young men who had "bought it" or "augered in" or "crunched," but it had never been anyone they knew, no one in the squadron. And in any event, the way they talked about it, with such breezy, slangy terminology, was the same way they talked about sports. It was as if they were saying, "He was thrown out stealing second base." And that was all! Not one word, not in print, not in conversation—not in this amputated language! —about an incinerated corpse from which a young man's spirit has vanished in an instant, from which all smiles, gestures, moods, worries, laughter, wiles, shrugs, tenderness, and loving looks—you, my love!—have disappeared like a sigh, while the terror consumes a cottage in the woods, and a young woman, sizzling with the fever, awaits her confirmation as the new widow of the day.

The next series of calls greatly increased the possibility that it was Pete to whom something had happened. There were only twenty men in the squadron, and soon nine or ten had been accounted for ... by the fluttering reports of the death angels. Knowing that the word was out that an accident had occurred, husbands who could get to a telephone were calling home to say it didn't happen to me. This news, of course, was immediately fed to the fever. Jane's telephone would ring once more, and one of the wives would be saying:

"Nancy just got a call from Jack. He's at the squadron and he says something's happened, but he doesn't know what. He said he saw Frank D—take off about ten minutes ago with Greg in back, so they're all right. What have you heard?"

But Jane has heard nothing except that other husbands, and not hers, are safe and accounted for. And thus, on a sunny day in Florida, outside of the Jacksonville Naval Air Station, in a little white cottage, a veritable dream house, another beautiful young woman was about to be apprised of the quid pro quo of her husband's line of work, of the trade-off, as one might say, the subparagraphs of a contract written in no visible form. Just as surely as if she had the entire roster in front of her, Jane now realized that only two men in the squadron were unaccounted for. One was a pilot named Bud Jennings; the other was Pete. She picked up the telephone and did something that was much frowned on in a time of emergency. She called the squadron office. The duty officer answered.

"I want to speak to Lieutenant Conrad," said Jane. "This is Mrs. Conrad."

He can't come to the phone!

"I'm sorry—it's impossible—" The duty officer could hardly get the words out because he was so busy gulping back sobs. Sobs!

"I can't tell you that. I—I have to hang up now!"And the duty officer's voice disappeared in a great surf of emotion and he hung up.

The duty officer! The very sound of her voice was more than he could take!

The world froze, congealed, in that moment. Jane could no longer calculate the interval before the front doorbell would ring and some competent long-faced figure would appear, some Friend of Widows and Orphans, who would inform her, officially, that Pete was dead.