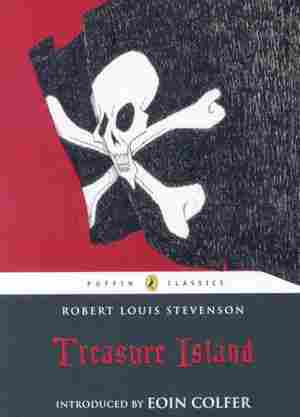 Summer Doldrums? These Nautical Reads Will Put Wind In Your Sails

June 17, 2014 • If books float your boat, we've got just the thing: magical barge battles, the search for the Northwest Passage and a trans-Atlantic cruise that follows in Geoffrey Chaucer's footsteps. Also pirates!

Summer Doldrums? These Nautical Reads Will Put Wind In Your Sails

June 17, 2014 • If books float your boat, we've got just the thing: magical barge battles, the search for the Northwest Passage and a trans-Atlantic cruise that follows in Geoffrey Chaucer's footsteps. Also pirates! 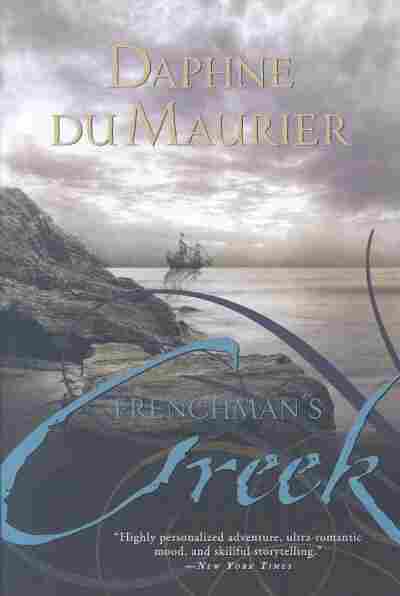 W hen the east wind blows up Helford river the shining waters become troubled and disturbed and the little waves beat angrily upon the sandy shores. The short seas break above the bar at ebb-tide, and the waders fly inland to the mud-flats, their wings skimming the surface, and calling to one another as they go. Only the gulls remain, wheeling and crying above the foam, diving now and again in search of food, their grey feathers glistening with the salt spray.

The long rollers of the Channel, travelling from beyond Lizard point, follow hard upon the steep seas at the river mouth, and mingling with the surge and wash of deep sea water comes the brown tide, swollen with the last rains and brackish from the mud, bearing upon its face dead twigs and straws, and strange forgotten things, leaves too early fallen, young birds, and the buds of flowers.

The open roadstead is deserted, for an east wind makes uneasy anchorage, and but for the few houses scattered here and there above Helford passage, and the group of bungalows about Port Navas, the river would be the same as it was in a century now forgotten, in a time that has left few memories.

In those days the hills and the valleys were alone in splendour, there were no buildings to desecrate the rough fields and cliffs, no chimney pots to peer out of the tall woods. There were a few cottages in Helford hamlet, but they made no impression upon the river life itself, which belonged to the birds ? curlew and redshank, guillemot and puffin. No yachts rode to the tide then, as they do to-day, and that stretch of placid water where the river divides to Constantine and Gweek was calm and undisturbed.

The river was little known, save to a few mariners who had found shelter there when the south-west gales drove them inshore from their course up-channel, and they found the place lonely and austere, a little frightening because of the silence, and when the wind was fair again were glad to weigh anchor and set sail. Helford hamlet was no inducement to a sailor ashore, the few cottage folk dull-witted and uncommunicative, and the fellow who has been away from warmth and women over-long has little desire to wander in the woods or dabble with the waders in the mud at ebb-tide. So the winding river remained unvisited, the woods and the hills untrodden, and all the drowsy beauty of midsummer that gives Helford river a strange enchantment was never seen and never known.

To-day there are many voices to blunder in upon the silence. The pleasure steamers come and go, leaving a churning wake, and yachtsmen visit one another, and even the day-tripper, his dull eye surfeited with undigested beauty, ploughs in and out amongst the shallows, a prawning net in hand. Sometimes, in a little puffing car, he jerks his way along the uneven, muddy track that leads sharply to the right out of Helford village, and takes his tea with his fellow-trippers in the stone kitchen of the old farm building that once was Navron House. There is something of grandeur about it even now. Part of the original quadrangle still stands, enclosing the farm-yard of to-day, and the two pillars that once formed the entrance to the house, now over-grown with ivy and encrusted with lichen, serve as props to the modern barn with its corrugated roof.

The farm kitchen, where the tripper takes his tea, was part of Navron dining-hall, and the little half-stair, now terminating in a bricked-up wall, was the stair leading to the gallery. The rest of the house must have crumbled away, or been demolished, for the square farm-building, though handsome enough, bears little likeness to the Navron of the old prints, shaped like the letter E, and of the formal garden and the park there is no trace to-day.

The tripper eats his split and drinks his tea, smiling upon the landscape, knowing nothing of the woman who stood there once, long ago, in another summer, who caught the gleam of the river amidst the trees, as he does, and who lifted her head to the sky and felt the sun.

He hears the homely farm-yard noises, the clanking of pails, the lowing of cattle, the rough voices of the farmer and his son as they call to each other across the yard, but his ears are deaf to the echoes of that other time, when someone whistled softly from the dark belt of trees, his hands cupped to his mouth, and was swiftly answered by the thin, stooping figure crouching beneath the walls of the silent house, while above them the casement opened, and Dona watched and listened, her hands playing a little nameless melody upon the sill, her ringlets falling forward over her face.

The river flows on, the trees rustle in the summer wind, and down on the mud flats the oyster-catchers stand at ebb-tide scanning the shallows for food, and the curlews cry, but the men and women of that other time are forgotten, their headstones encrusted with lichen and moss, their names indecipherable.

To-day the cattle stamp and churn the earth over the vanished porch of Navron House, where once a man stood as the clock struck midnight, his face smiling in the dim candlelight, his drawn sword in his hand.

In spring the farmer's children gather primroses and snowdrops in the banks above the creek, their muddy boots snapping the dead twigs and the fallen leaves of a spent summer, and the creek itself, swollen with the rains of a long winter, looks desolate and grey.

The trees still crowd thick and darkly to the water's edge, and the moss is succulent and green upon the little quay where Dona built her fire and looked across the flames and laughed at her lover, but to-day no ship lies at anchor in the pool, with rakish masts pointing to the skies, there is no rattle of chain through the hawse hole, no rich tobacco smell upon the air, no echo of voices coming across the water in a lilting foreign tongue.

The solitary yachtsman who leaves his yacht in the open roadstead of Helford, and goes exploring up river in his dinghy on a night in midsummer, when the night-jars call, hesitates when he comes upon the mouth of the creek, for there is something of mystery about it even now, something of enchantment. Being a stranger, the yachtsman looks back over his shoulder to the safe yacht in the roadstead, and to the broad waters of the river, and he pauses, resting on his paddles, aware suddenly of the deep silence of the creek, of its narrow twisting channel, and he feels ? for no reason known to him ? that he is an interloper, a trespasser in time. He ventures a little way along the left bank of the creek, the sound of the blades upon the water seeming over-loud and echoing oddly amongst the trees on the farther bank, and as he creeps forward the creek narrows, the trees crowd yet more thickly to the water's edge, and he feels a spell upon him, fascinating, strange, a thing of queer excitement not fully understood.