On a historic estate that once housed an artist's colony, the husband and wife living there make a discovery that leads them into a thrilling journey into the past. The more that they investigate, the more the secrets of the house and the people who lived there are revealed.

NPR stories about The Hundred-Year House 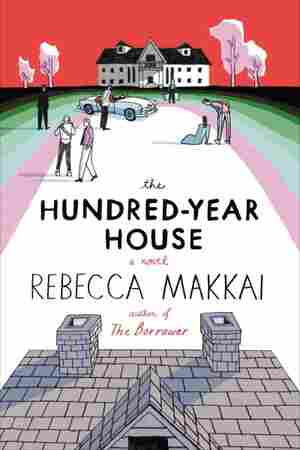 July 9, 2014 • Forget for a moment the spooky, restless dead. In Rebecca Makkai's inventive novel The Hundred-Year House, the ghost is just one of the many residents looking for new lives — and finding them. 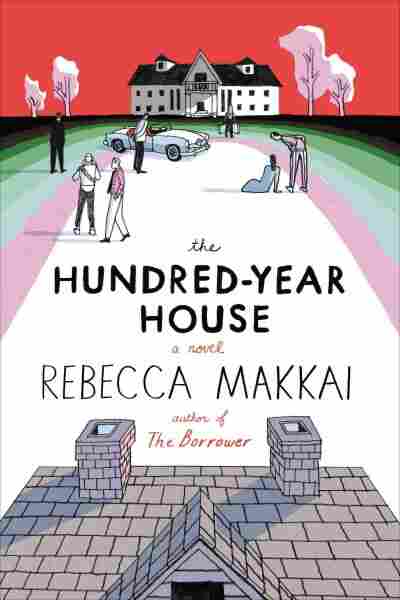 Doug worked in secret whenever Zee left the house.

The folders on his desk were still optimistically full of xeroxed articles on the poet Edwin Parfitt. And he was still writing a book on Parfitt, in that its bones continued to exist, on forty printed pages and two separate diskettes. The wallpaper on his computer (Zee had set it up) was the famous photo of Parfitt kissing Edna St. Vincent Millay on the cheek.

But what Doug was actually sitting down to write, after a respectful silence for the death of both his career and the last shred of his manhood, was book number 118 in the Friends for Life series, Melissa Calls the Shots. He hid the document on his hard drive in a file called "Systems Operating Folder 30." This book, unlike the Parfitt monograph, even had an actual editor, a woman named Frieda who called once a week to check his progress.

Doug's stopover in the land of preteen literature was only the latest in a wretched chain of events -lack of money, paralysis on the monograph, failure to find employment, surreal indignity of moving into the coach house on Zee's mother's estate -but it would be the last. He would get this done and get paid, and then, because he'd be on a roll, he'd get other things done. He would publish the Parfitt book, he'd land a tenure-track post, and somehow along the way his hair would grow thicker.

He'd found Frieda through his friend Leland, a luckless poet who wrote wilderness adventures at the same press for "two grand a pop." Leland talked like that, and he drank whiskey because Faulkner had. "They give you the entire plot," he said, "and you just stick to the style. Really there is no style. It's refreshing." Leland claimed they took a week each, and Doug was enchanted with the idea of shooting out a fully formed book like some kind of owl pellet. He hadn't written fiction since grad school, when he'd published a few experimental stories (talking trees, towns overcome with love) that now mortified him, even if Zee still adored them. But these publication credentials, plus Leland's endorsement, landed him the gig. He knew nothing about wilderness adventure, but the press was suddenly short a writer for their middle-grade girls' series — and desperate enough to hire a man. And so. Here he was.

The money would be nice. The coach house was free, but not the food, the car payments, the chiropractor. And that last wasn't optional: If Dr. Morsi didn't fix Doug's back twice a week, he'd be unable to sit and work on anything at all. Frieda sent him four other books from the series, plus a green binder labeled "THE FFL BIBLE" with fact sheets on each character. "Melissa hates dark chocolate!" came several bullet points above "Melissa's grandfather, Boppy, died of cancer in #103."

"The first chapter," Frieda told him on the phone, "introduces the conflict, which is the Populars on the team, will Melissa ever be goalie, et cetera." He'd never met Frieda, but imagined she wore pastel blazers. "The second chapter is where you recap the founding of the club. Our return readers skip it, so you can plagiarize chunks from other volumes. The rest will be clear from the outline. Everything's wrapped up at the end, but there's that thread you leave hanging, 'What's wrong with Candy,' which is where 119 picks up; 119 is being written already, so — as we tell all our writers — it's important you don't make uninvited changes to the world of the series." Doug took comfort in the fact that this was clearly a memorized speech, part of the formula.

He dumped the books at the thrift store, hid the "Bible" pages among some old tax forms, then went to the library every day for a week to skim the series.

And meanwhile, the little house was strangling him, tightening its screws and hinges. There was an infestation of ladybugs that spring, a plague straight out of Exodus. Not even real ladybugs but imposter Japanese beetles with dull copper shells, ugly black underwings jutting out below. Twice a day, Doug would suck them off the window screens with the vacuum attachment, listening as each hit the inner bag with a satisfying thwack. The living ones smelled like singed hair — whether from landing too close to lightbulbs or from some vile secretion, no one was sure. Sometimes Doug would take a sip of water and it would taste burnt, and he would know a bug had been in that glass, swimming for its life and winning.

There was a morning in May — notable only for Zee storming around in full academic regalia, late for commencement — when Doug, still in bed, nearly blurted it all out. Wasn't it a tenet of a good marriage that you kept no secrets beyond the gastrointestinal? Hundreds of movies and one drunken stranger in a bar had told him as much. And so he almost spilled it, casual-like, as she tossed shoes from the closet. "Hey," he might have said, "I have this project on the side." But he knew the look Zee would give: concern just stopping her dark eyes from rolling to the ceiling. A long silence before she kissed his forehead. He didn't blame her. She'd married the guy with the fellowship and bright future and trail of heartbroken exes, not this schlub who needed sympathy and prodding. When she dumped her entire purse out on the bed and refilled it with just her keys and wallet, he took it as a convenient sign: Shut the hell up, Doug. He might have that tattooed on his arm one day.

Zee's mother, Gracie, would sometimes include the two of them in her parties, where she'd steer Doug around by the elbow: "My son-in-law Douglas Herriot, who's a fantastic poet, and you know, I think it's wonderful. They're in the coach house till he's all done writing. It's my own little NEA grant!" Doug would mutter that he wasn't a poet at all, that he was a "freelance PhD" writing about a poet, but no one seemed to hear.

The monograph was an attempt to turn his anemic doctoral dissertation on Edwin Parfitt into something publishable. Parfitt was coming back into style, to the extent that dead, marginal modernists can, and if Doug finished this thing soon he could get in on the first wave of what he planned, in job interviews, to call "the Parfitt renaissance." The dissertation had been straight analysis, and Doug wanted to incorporate some archival research, to be the first to assemble a timeline of the poet's turbulent life. In her less patient moments, Zee accused him of trying to write a biography -academically uncouth and unhelpful career-wise - but Doug didn't see what harm it would do to set some context. And the man's life story was intriguing: Eddie Parfitt (Doug couldn't help but use his nickname, mentally — after nine years of research he felt he knew the guy) was wealthy, ironic, gay, and unhappy, a prodigy who struggled to fulfill his own early promise. He committed suicide at thirty-seven after his lover died in the Second World War. Parfitt had left few personal records, though. Nor had he flitted about the Algonquin Round Table and cracked wise for posterity. Entire periods — the publication gap between

1929 and late 1930, for instance, after which his work became astonishingly flat — lacked any documentation whatsoever.

Not that it mattered now.

Each morning, as Doug switched off his soul and settled in to write ("Twelve-year-old Melissa Hopper didn't take 'no' for an answer," the thing began), he imagined little Parfitt stuffed in the bottom desk drawer on those diskettes, biding his time between the staplers, choking with thirst. The ladybugs hurled their bodies against his desk lamp, and it sounded like knocking — like the ghost of Parfitt, frantically pounding against the wood.