The Wild, Obsessive Hunt for the World's Rarest 78 rpm Records

A celebration of 78rpm record subculture reveals the growing value of rare records and the determined efforts of their collectors and archivists, drawing on historical research and preserver interviews to explore the music of blues artists who have been lost to the modern world.

NPR stories about Do Not Sell at Any Price 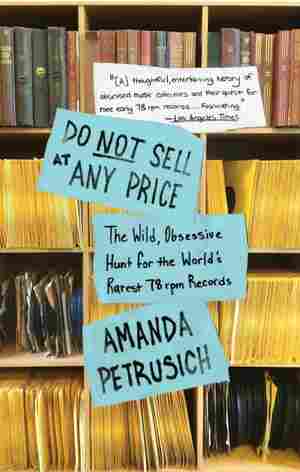 August 11, 2015 • In Do Not Sell At Any Price, Amanda Petrusich details the extreme measures collectors take in pursuit of rare 78s. "You can still find quite a few of them around at junk shops," she says. 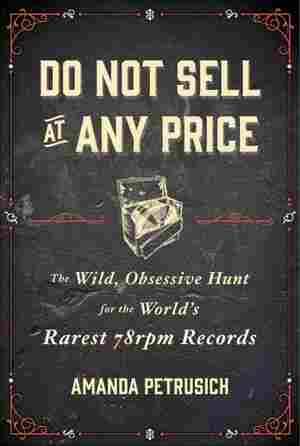 History In The Groove: Q&A With Author (And 78 Collector) Amanda Petrusich

July 12, 2014 • There's a vibrant collecting community for old 78rpm records, ancestors of today's iTunes single. Music writer Amanda Petrusich got sucked in while writing her new book, Do Not Sell at Any Price.

Excerpt: Do Not Sell at Any Price

John Heneghan was glib and, at times, aggressively self-deprecating about his fanaticism, but his collection was, independent of its personal worth, an extraordinary cultural document. Collectors of 78s, maybe more than any other curators of music or music memorabilia, are doing essential preservationist work, chasing after tiny bits of art that would otherwise be lost. Even though their pursuits are inherently selfish, fueled by the same untempered obsession that drives all collectors, without Heneghan and his peers a good slice of musical history would be absent from the contemporary canon. And while academics, anthropologists, archivists, and reissue labels all assume roles in the preservation and diffusion of early songbooks, the bulk of the material being released or reissued is still being sourced from the original 78s — which are found, almost exclusively, in the cramped basements and bedrooms of 78 collectors.

Still, the historical heft of his effort didn't mean Heneghan was free from the neuroses that characterize so many collectors: his collection was historically significant, but it was also deeply personal, even pathological. Collectors, like everyone, get seduced by the chase.

"I have a recurring dream about finding Skip James's 'Devil Got My Woman,' " Heneghan said, leaning in, his voice low and solemn. "It's so vivid, so clear --the first time it happened I woke up in the middle of the night certain that I had the record. I was like, This is amazing. So I got up to check, and it wasn't there, and I was like, Fuck. So then I have the dream again, and it's so vivid the second time, and I think maybe the part about not having it was the dream. So I get up to check. Then I have the dream the third time, and the fourth time ..." He shook his head, leaned back in his chair, and scratched a craggy blond goatee. Heneghan is a formidable physical presence, and his narrow, slate-gray eyes betrayed an intolerance for certain strains of bullshit; he was exceedingly pleasant but uninterested in pleasantries, and it occurred to me that I wouldn't ever want to be standing between him and a copy of "Devil Got My Woman."

"On a good day, you look at yourself like, I'm preserving American history: I'm an archaeologist. But the bottom line is that there's seriously something wrong," he continued, adjusting the black bowler hat he frequently sports. "The first time I bought a record, I remember thinking, I have to see if this band has any other records. And then when I got the other records, I thought, I need to figure out which one came first so I can put them in order. I remember going to friends' houses and they just had their records anywhere, and it was like, 'How can you do that? They have to be in order!' I just spent so much time thinking about the perfect way to put everything in order."

Heneghan finally asked me what I'd like to listen to, and we huddled around his turntable, taking turns pulling 78s from his shelves. My hands shook. Unlike vinyl records, which are forgivingly pliable, 78s are thick, brittle, and heavy. Drop one on the wrong surface at the wrong angle, and it'll shatter like a dinner plate.

The bulk of Heneghan's collection consists of early blues and hillbilly records, and they range in quality and tone. Up until about 1925, recordings were made acoustically, meaning the musicians would have to bellow and pluck directly into the phonograph's diaphragm cone, where the resulting sound vibrations would nudge the cutting stylus and create a transcription, which could then be played back. There were considerable drawbacks to the technology: drums and bass were rarely recorded because the depth of their vibrations would knock the cutting stylus from its intended groove, and things like cellos, violins, and even the human voice didn't always resonate enough to be properly rendered. By 1927, engineers had figured out how to use a carbon microphone — another Edison gadget, from 1877 — which could then be amplified with vacuum tubes and used to power an electromagnetic recording head, meaning a far wider range of frequencies could be picked up and reproduced, yielding a richer, more authentic sound. Still, if you are not prone to romance and nostalgia, the process can seem silly in the face of today's error-free digital recording, where analog sound is converted into clean streams of binary code. To a modern sound technician, things like styluses and diaphragm cones are about as clunky and outmoded as the iron lung.

But for traditional record collectors — ones who, like Heneghan, came of age in the late 1970s — the upsides of digital recording are largely irrelevant. Although he owns an iPod (he bought it for Eden, who said she rarely used it) and a few shelves of CDs (mostly from the reissue label Yazoo Records, which was founded in the late 1960s and is now run, in part, by his friend and fellow collector Richard Nevins, who works exclusively from original 78s), he was not particularly interested in consuming digitally produced music. I could see how Heneghan might find MP3s a bit unsettling (those intangible streams of zeros and ones are about as far from cumbersome shellac discs as possible), but even the CD, the MP3's doofy, moonfaced older brother, was inherently unappealing to him. "If I find a great record, and a friend of mine says, 'How about I keep that record and just make you a CD of it?' it's like, 'Are you insane?' " he snorted.