How One Furniture Maker Battled Offshoring, Stayed Local--and Helped Save an American Town

Describes how the chairman of Vaughan-Bassett Furniture fought for his more than 700 employees in a small Virginia town using legal maneuvers, factory efficiencies, and his wits and determination in the wake of sales losses to cheap Asian furniture imports. 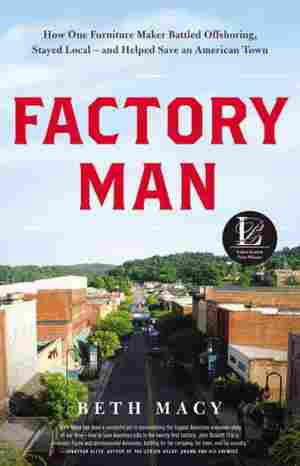 July 14, 2014 • Virginia furniture owner John Bassett III was determined to beat out foreign competitors. Author Beth Macy documents him, and the collapse of the U.S. furniture industry, in her new book, Factory Man.

PROLOGUE: The Dusty Road to Dalian

John D. Bassett III was snaking his way through the sooty streets of rural, northern China on a three-day fact-finding mission. It was 2002, and the third-generation Virginia furniture-maker was gathering ammunition for an epic battle to keep the sawdust in his factory flying. He was close to the border of North Korea, on the hunt for a dresser built in the style of a 17th-century French monarch. If he could meet the man who made that damn Louis Philippe, he just might save his business.

Back at Vaughan-Bassett, his factory in Galax, line workers had already deconstructed the dresser piece by piece, proving the $100 the Chinese were wholesaling it for was far below the cost of the materials — a violation of World Trade Organization laws. The sticker on the back read "Dalian, China," and now here he was, some 8,000 miles away from his Blue Ridge Mountains, trying to pinpoint the source of the cheap chest of drawers.

It was November and snowy. The car creaked with every icy pothole it hit.

Word had already reached him through a friendly translator a few months earlier: There was a factory owner in the hinterlands, 100 miles outside of Dalian, who'd been bragging that he'd like to bring Bassett's Virginia furniture family down.

If they were going to war, Bassett told his son Wyatt, their family needed to heed Napoleon's advice: Know your enemy.

For once in his life, JBIII sat silent. The car lurched along, northward, further into the remote province of Liaoning.

The first time John Bassett visited an Asian factory was in 1984, and it was only after dinner and way too many drinks that an elderly factory owner in Taiwan revealed his real opinion of American business leaders. The man was so candid that his own interpreter clammed up at first, refusing to translate his words.

The Taiwanese businessman had negotiated plenty of deals before with Europeans and South Americans, but he'd never met people quite like the Americans.

What do you mean? JBIII pressed.

I have figured you guys out, the translator finally relayed.

If the price is right, you will do anything. We have never seen people before who are this greedy — or this naïve.

Not only were the Americans beginning to knock each other over in a stampede to buy the cheapest furniture they could import, they seemed oblivious to the fact that they were jeopardizing their own factories back home by teaching their Asian competitors every single nuance of the American furniture-making trade.

It would take many more trips to Asia before it became clear what the Taiwanese furniture-maker meant. Along the way, two events helped shape the man's ominous prophecy: China's admission into the WTO, and the great exodus of 160 million rural Chinese to the cities — the largest migration in human history.

It would take the $100 dresser and getting eyeball to eyeball with the man behind it before JBIII fully understood the battle he was about to enter. The rules of war had changed — drastically — and cowboy capitalism seemed to be the only rule of international trade.

It was cold inside the factory where Bassett finally met with businessman and Communist Party official He YunFeng in northern China in November 2002. The workers' breath froze in little puffs of vapor. The Chinese furniture magnate looked him "in the damn eye," Bassett recalled. Then he said something that raised the hair on the back of the Virginian's neck.

He YunFeng would be happy to provide Bassett with the dressers at a fraction of what they cost to make, a feat Bassett knew would not be possible without Chinese government subsidies. All Bassett had to do in return, He YunFeng said, was close his factories.

Close his factories? John Bassett pictured the whole lot of his hard-charging forebears turning en masse in their graves. He thought of his 1,730 workers — plain-spoken mountain types, many of whom had followed their parents and grandparents onto the assembly lines — standing in unemployment lines instead. He thought of the smokestacks that for a century had borne his family's name, and of the legacy he wanted to leave his kids.

Back at home, he felt alone in the industry, with only his two sons and his scrappy little factories; the last American furniture-maker, after three centuries, willing to make a stand. If he could prove the Chinese were selling the product below the cost of the materials; if he could prove their factories were buoyed by Communist government subsidies, in an illegal price dump designed to drive American companies out of business — his company just might survive. If together they could persuade the U.S. Department of Commerce and the U.S. International Trade Commission, maybe the entire industry could be saved.

But those were big ifs, with potentially huge pitfalls. Surely he would be scorned by longtime customers and competitors. He'd be ridiculed by the handful of families that have ruled the $50 billion industry, including some members of his own family who were too busy closing down factories — and cashing their checks — to protect their furniture-making legacy.

He'd be ostracized for standing almost single-handedly against the outflow of furniture jobs from America, for striking back against the one-percenters who were about to move damn-near all their plants to Asia and tear the heart out of the Blue Ridge region he loves.

From the taverns of Virginia to the halls of power in Washington, D.C., from the buzzsaws on the factory floor to the backroads of Liaoning, China, where he would uncover a great lie at the heart of globalization, the answer was clear to John Bassett now. Alone or not, he was going to war.