Raised in the U.S. by her father, Nikki Baltimore returns to her native Antigua for her mother's funeral and accepts a job with the government before becoming embroiled in a political maelstrom, family issues, and a confusing relationship. 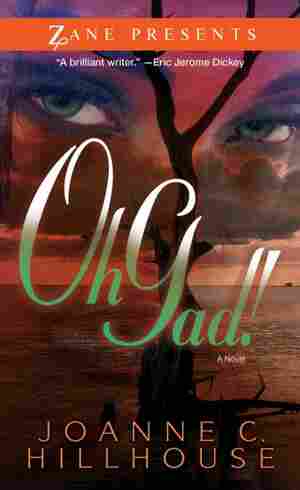 August 3, 2014 • Joanne C. Hillhouse's novel tells of a woman returning to the island of Antigua, a homeland which she's never been able to call home. Author Elizabeth Nunez says the book is a weekend must-read.

Nikki didn't know how long the phone had been ringing before she heard it. With it, other sounds filtered in. The rusty refrigerator hummed and dripped in the corner. The dusty desk fan whirred; blowing warm, stale air at her. Foxy Brown's "Big Bad Mama" trumpeted, tinny, through her computer's tiny speakers. The footsteps of one of the upstairs tenants provided the drum beat. The chorus was the cacophony of cars and chatter just outside the basement apartment of the ancient Harlem brownstone, one of the few not yet swept up in the gentrification wave.

This was work these days for Professor Winston Baltimore's youngest daughter. Girl Friday in the office of a less-than-profitable, non-profit organization, duties ranging from fundraising to tenant complaints. It would be reaching to call her basement abode an office; just her, the "classic" rotary phone, an ancient computer, a dented file cabinet, a square discoloration on the floor where a stove used to be, a fridge with suspect cooling abilities, and a faint but persistent smell. Some days, taking in the bleak scene, Nikki felt there just might be such a thing as taking rebellion too far. At some point she had to grow up, right? Figure out where she fit? What she wanted? Problem was she didn't have a clue. She didn't lie to herself about that. If you'd delude yourself, you'd delude anyone. She'd heard a beauty pageant contestant say that once, along with her desire for world peace and the alleviation of poverty. Nikki had scoffed, but at least those perfectly coiffed, lipsticked and sequinned girls had a compass and a clue. She felt as frozen as this building in which she was now sleepwalking through—the latest in a parade of so-so, bottom-barrel jobs.

Today, eyes locked on the computer screen, she felt frozen by indecision.

That was when the phone rang.

Nikki picked it up to the surprise of Audrey's voice, out of place in this place. As out of place as if Antigua, all 108 square miles of it, had been lifted wholesale from the Caribbean Sea and squeezed into Marcus Garvey Park. As usual—if there was a "usual" between them—Nikki tiptoed gingerly. "Audrey?" was all she could think to say. And the gruff voice offered up its blistering truth.

Nikki felt the burn of it, swallowed. It was a precursor to speaking, but the words turned to ashes and vapour before making it out. She'd never been able to talk to Audrey, didn't know what to say to her now. They were sisters, Nikki and Audrey, though Nikki tended to think of Audrey as Mama Vi's daughter, as if neither her mother nor sister had anything to do with her. In truth, they didn't. Mama Vi and her many offspring were as far from Nikki's life as New York from Antigua: if the 1,700-plus miles separating the two were multiplied by 1,700 times 1,700.