Our Cosmic Significance in a Universe of Planets and Probabilities

Weaving together science, storytelling, historical accounts and speculations on what the future holds, an astrophysicist presents an argument for what our true cosmic status is, and proposes a way to determine life's abundance not just across this universe but across all realities.

NPR stories about The Copernicus Complex 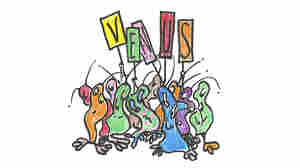 When Venus Was Filled With Venusians — 50 Billion Of Them 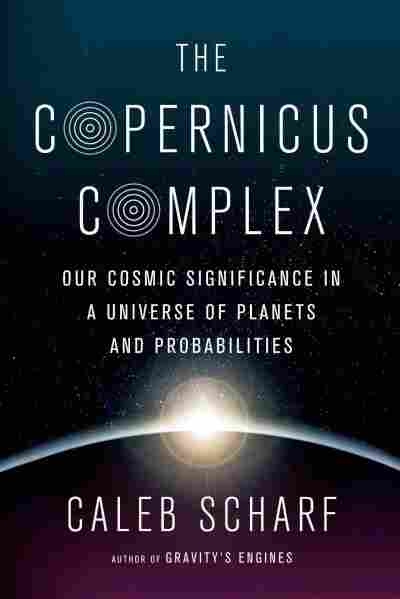 At a rather pleasant spot in the Aegean Sea in the third century B.C., on the vine-rich island of Samos off the western coast of what is now Turkey, the Greek philosopher Aristarchus had just had a brilliant idea. He proposed that the Earth spun and moved around the Sun, placing this scorching solar orb at the center of the heavens. It was, to say the least, a bold notion — Aristarchus's idea of "heliocentrism" was as outrageous in his time as Copernicus's revival would be in the distant future.

Records of Aristarchus's works are fragmentary, and most concern the clever geometrical analyses that he used to argue that the Sun is significantly larger than the Earth. But it's clear that from that insight he arrived at the idea that the Sun was central to the known cosmos, and that the stars were extraordinarily distant. This was a huge conceptual leap to ask of people. It also required understanding a phenomenon called parallax.

Parallax is earthbound as well as celestial, and is an easy concept to grasp. Close an eye and hold one hand up, fingers spread and viewed on edge. If you move your head side to side you will see different fingers appear and disappear from behind each other as your vantage point, or your angle of view, changes. This is all that parallax is: the apparent change in where distant objects appear relative to each other, depending on a line of sight. The farther away those objects are, the smaller that apparent change — the smaller the perceived angular displacement between them.

Part of Aristarchus's bold argument involved the fact that the stars in the night sky didn't appear to have any parallax; they never moved among themselves. So if the Earth were not stationary at the center of all existence, he reasoned, the stars must be so distant, so enormously far away from us, that we couldn't measure their parallax as the Earth moved its position.

Not long before Aristarchus made his ideas known, the great philosopher Aristotle had already dismissed the possibility that the stars were any more distant than planets by appealing to this same lack of parallax, among other things. Aristotle's argument was founded in reason and common sense. It built on even earlier ideas that the Earth was central to existence. The way he put it was simple: if no parallax could be seen in the stars — they did not shift around relative to one another at all — they must be all affixed to some layer of the sky that surrounded us at the unmoving origin.

All of which sounds logical, except that Aristotle's own preferred cosmology (elaborating on ideas from his mentor, Plato) consisted of approximately fifty-five thick, crystalline, transparent spheres concentrically nested about the stationary Earth and carrying the planets and stars about their business. In this geocentric universe we were at the focus of all natural motions, with the stars and planets simply following perpetual circular paths around us as the crystalline spheres slid and rotated.

You might well ask why it took fifty-five spherical crystalline layers for Aristotle to build his cosmology. Part of the reason is that he had to justify a system of cosmic mechanics, a transfer of forces whereby one shell would rub on another, pushing it around — a great scheme of motions and machinery to keep everything tracking through the sky. This structure was intended to deal with the other most critical issue facing would-be cosmologists of the time; unlike the stars, the planets do move around the skies in a complicated fashion.

These tricky motions were a major piece of the puzzle that Aristarchus, and later Copernicus, tried solving by displacing the Earth. The word "planet" is derived from the Greek phrase for "wandering star," and our brightly reflective planets most certainly do wander. Not only do they appear to move relative to the stars, noticeably shifting in position as the nights go by; sometimes they reverse course, performing a celestial loop-the-loop over a few months before carrying on. Planets like Venus and Mercury are even more subversive; often they're nowhere to be seen. And even the speed of planetary paths across the heavens seems to be slower and faster at different times, with the brightness of these miscreants changing as well.

So you might think that when Aristarchus proposed his heliocentric system there would have been a huge sigh of relief, because placing the Earth on its own circular path around the Sun quickly provided a solution for much of the curious backward motion of the planets — what would later be known as "retrograde" movements. In this configuration the simple reason for such odd behavior was that our own vantage point was shifting as the Earth itself moved in a circle. There would naturally be times when our motion relative to a planet was either forward or backward, and our distance from a planet would change — lowering or raising its apparent brightness.

It was a lovely, elegant, and fact-based idea — and many people hated it. If the Earth moved, there should be a noticeable parallax among the stars, which surely couldn't be that far away. And apart from this lack of observable parallax, displacing the Earth from its vaunted central position was anathema; it was ludicrous to consider that the very hub of our existence was not at the core of everything, and so poor Aristarchus got it in the neck.

The other part of this antipathy toward heliocentricity likely came from distaste for ideas that hinted of pluralism. In opposition to the likes of Plato and Aristotle, who argued for a divine and unique creation of the Earth, Greek thinkers such as Democritus and Epicurus instead advocated a picture of reality rooted in the notion of indivisible pieces and empty void — atoms and space. These atoms weren't atoms as we now know them, but a philosophical concept of units of matter — too small to be seen, solid and uniform within, varied in size, shape, and weight — that could be used to describe an infinite number of structures. The idea of atoms led these thinkers to consider that the Earth was unlikely to be unique. Far from it — there should be an infinite number of inhabited worlds located within an abstract form of space and time and what, in retrospect, amounted to parallel universes. Not surprisingly, the plurality of worlds did not sit well with anyone following the Platonic or Aristotelian schools of thought.

What happened instead was that a number of natural philosophers in the decades following Aristarchus came up with a geocentric "fix" to account for the annoyingly unconventional motion of the planets across the skies, and to keep Earth rooted as the unique center of existence. Their solution to the dilemma of celestial movements probably first originated almost a century after Aristarchus and Aristotle butted heads, with the astronomer and geometer Apollonius of Perga around the turn of the second century B.C.

Later on, this explanation was subsumed into the works of Claudius Ptolemy. Living some three hundred years after Aristarchus, the Greek-Roman citizen Ptolemy resided in Egypt under the rule of the Roman Empire. He was a prolific thinker, producing significant works on many topics, including astronomy, geography, astrology, and optics. And most important, he produced an astronomical treatise known as the Almagest that laid out a cosmological vision that would stick for the next 1,400 years.

In Ptolemy's system, the Earth is firmly stationed at the center of the universe. Moving outward are the Moon, Mercury, Venus, then the Sun, and then Mars, Jupiter, Saturn, and the fixed tapestry of stars — all following circular paths. To translate this arrangement into the messy movements seen in our skies, he added a clever set of extra motions along special circular paths called deferents and epicycles. And these were, rather ironically, centered on a location offset from the Earth (a peculiarity that seems to have escaped the scrutiny of zealous geocentrists across the centuries).

In this ingenious arrangement, the planets and the Sun move around the smaller perfect circles of the epicycles, which in turn move along the larger circles of the deferents, which rotate around a point separated from the Earth. The end result matches up with the major features of the looping, back-and-forth pathways of the planets. To do this, Ptolemy's system had to be very fine-tuned to actual observations of the planets. Each and every deferent and epicycle was meticulously sized and located in order to give the best fit possible to the real meanderings of the known worlds.

Even with such fine engineering, the system couldn't quite get everything right --there were little deviations here and there from astronomers' measurements over the years. Planets would arrive a bit early or late to certain positions on the sky — not enough, though, to discourage everyone. Here was a plausible model for the nature and motion of the Sun, Moon, and planets that was geocentric, grounded in the precision and truth of geometry, and in agreement with the thinking of the Great Philosophers. The model comforted mathematicians and theologians alike.

Later, as Ptolemy's ideas were subsumed and integrated into the religious and philosophical doctrines of the Western world in the Middle Ages, they became intricately attached to a unified conceptual framework. Like arterial conduits helping to keep the blood flowing, the geocentric spheres and their epicycles were a key part of the machinery of the perceived universe. If you challenged geocentric cosmology you effectively challenged the whole body of scientific, philosophical, and religious thought — including its powerful institutions of rule and administration.