America And the Great California Earthquake of 1906

An informative exploration of earthquakes places a particular focus on the San Francisco disaster of 1906, describing how it affected more than two hundred miles of California, triggered a vast firestorm, and destroyed the gold-rush capital, in an account that reveals the geological underpinnings that caused the earthquake. Reader's Guide available. Reprint. 150,000 first printing.

NPR stories about A Crack in the Edge of the World 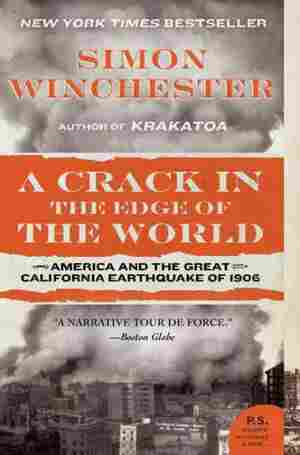 In An Earthquake, History Fuels One Writer's Anxiety

August 29, 2014 • An earthquake in Napa Valley this week brought back old fears for author Gustavo Arellano. In his anxiety he's revisiting the book A Crack in the Edge of the World.

In An Earthquake, History Fuels One Writer's Anxiety

Excerpt: A Crack In The Edge Of The World 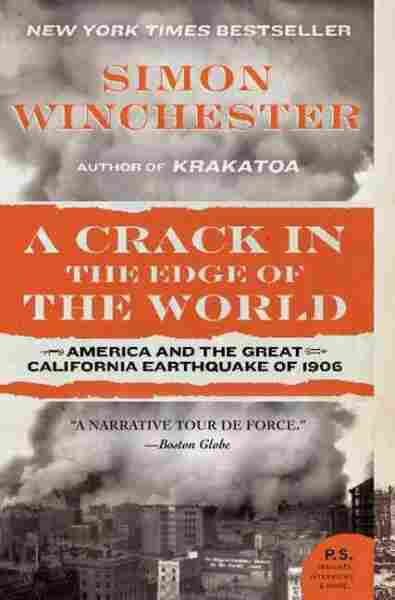 America and the Great California Earthquake of 1906

Chronicle: A Year of Living Dangerously

So far as the ancients of china are concerned, 1906 was a year of the Fire Horse—a time of grave unpredictability that comes along every six decades, and a time when all manner of strange events are inclined to occur. So to the seers and the hermits in their faraway mountain aeries such events as unrolled during the year would have come as no surprise. The rest of humankind was less well prepared, however, and were caught unawares. And what instruments we have agree that, so far as matters of the earth were concerned, 1906 was, yes, a very bad year indeed.

At least it was bad seismically speaking, being a very violent and a very lethal year. And the flurry of activity that marked what the numbers show to have been among the most ill behaved of times of the entire century began in the morning of the last day of January, when there was an enormous earthquake under the seabed of the Pacific Ocean.

It is said today to have been the greatest and most powerful earthquake that had until that moment ever been registered by the machines of humankind, and it struck a score of communities along the South American coast, devastating towns, inundating fields, and causing huge waves to tear out into the open ocean. Its shaking lasted for more than four minutes, and as many as 2,000 people are thought to have died in the disaster. Scores of thousands were injured and made homeless, and countless villages and at least one major port city were totally destroyed. The effects of the huge traveling sea waves from the event were felt as far away as San Diego, and in Honolulu Harbor in Hawaii all the steamboats waiting at anchor were spun around and carried upward on an enormous tsunami, which ebbed and flowed like a tide every few minutes, bringing confusion and alarm in its wake.

The epicenter of this earthquake, whose details are still pored over, is now calculated to have been some eighty miles due west of a prominent headland known as El Cabo de San Francisco, in Ecuador.

The town that was all but destroyed—but which has since been rebuilt, only to be damaged many times subsequently—was the island port of Tumaco, now a prominent oil terminal. But in 1906 it was a place where fishermen brought in sizable catches of tuna and sardines, and where traders hawked bales of rubber and pallets of cinchona bark, ready to be pressed for quinine. Tumaco is some thirty miles north of the Ecuadoran frontier, in Colombia.

Both Ecuador and Colombia suffered grievously from the earthquake, and even today people in the villages by the mangrove swamps of the estuaries speak fearfully of the morning when several hundred miles of their coastline, from the port of Guayaquil in the south to Buenaventura in the north, were devastated by the power of the water and the four minutes of ground shaking. Seismologists working in the 1930s, when Charles Richter created his scale of magnitude, estimated that the Ecuadoran-Colombian Earthquake of 1906 had a magnitude of 8.4, as high as anything then known; new calculations today suggest an even greater magnitude, of anything approaching 8.8—as bad a disaster as could possibly be imagined, whether it rated 8.4 or 8.8 or somewhere in between, for the two young republics struggling to their feet.

But the earth wasn't done yet. Sixteen days later there was another very large earthquake, this time on the island of St. Lucia, one of the four specks of Caribbean limestone, sand, and coral that make up what was then the British crown colony of the Windward Islands. According to interpretations of the damage data made in the 1970s, it rated somewhere between VII and VIII on the magnificently named Medvedev-Sponheuer-Karnik Earthquake Intensity Scale. Just as with the Ecuadoran event of the month before, this February earthquake had its epicenter in the sea too, somewhere off the northeastern tip of St. Lucia, and about twenty miles south of the French possession of Martinique.

This event, which collapsed buildings on both St. Lucia and Martinique, and which was felt by the populations of other islands in the eastern Caribbean, including Dominica and Grenada and St. Vincent, did not kill anyone. But it triggered a burst of smaller earthquakes—probably a swarm of so-called volcanic earthquakes, which tend to occur when spurts of magma force their way up into the earth's upper crust, after the crust has been weakened by a deeper earthquake that has been caused by the movement of tectonic plates. This wave of lesser earth movements went on for two or three weeks, and for a while the placid life of an island whose people produced, according to the Colonial Office report of the time, a heavenly confection of "sugar, rum, cocoa, coconuts, bananas, bay oil, bay rum, spices and sea island cotton" was dangerously interrupted. The colonial governor, who had his headquarters in Grenada, was alerted, and a Royal Navy warship was dispatched from the squadron in Bermuda. Assistance was offered, assessments were made, and St. Lucia was from that moment on formally designated an earthquake-prone territory, risky enough to be of note but not sufficiently dangerous to be abandoned.

Still it was not over. Five days later a tremendous outbreak of ground shaking occurred in Shemakha, an ancient town of mosques and temples . . .