Accessibility links
Dataclysm NPR coverage of Dataclysm: Who We Are (When We Think No One's Looking) by Christian Rudder. News, author interviews, critics' picks and more.

Who We Are (When We Think No One's Looking)

A provocative look at what our online lives reveal about who we really are — and how this deluge of data will transform the science of human behavior. Big Data is used to spy on us, hire and fire us, and sell us things we don't need. In Dataclysm, Christian Rudder puts this flood of information to an entirely different use: understanding human nature. 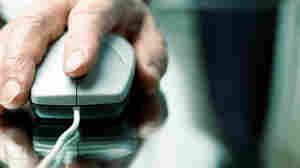 September 6, 2014 • OkCupid co-founder Christian Rudder knows a lot about his site's users. He explains how he uses mass data to explore behavior in his new book Dataclysm: Who We Are (When We Think No One's Looking).

You have by now heard a lot about Big Data: the vast potential, the ominous consequences, the paradigm-destroying new paradigm it portends for mankind and his ever-loving websites. The mind reels, as if struck by a very dull object. So I don't come here with more hype or reportage on the data phenomenon. I come with the thing itself: the data, phenomenon stripped away. I come with a large store of the actual information that's being collected, which luck, work, wheedling, and more luck have put me in the unique position to possess and analyze.

I was one of the founders of OkCupid, a dating website that, over a very un-bubbly long haul of ten years, has become one of the largest in the world. I started it with three friends. We were all mathematically minded, and the site succeeded in large part because we applied that mind-set to dating; we brought some analysis and rigor to what had historically been the domain of love "experts" and grinning warlocks like Dr. Phil. How the site works isn't all that sophisti­cated—it turns out the only math you need to model the process of two people getting to know each other is some sober arithmetic—but for whatever reason, our approach resonated, and this year alone 10 million people will use the site to find someone.

As I know too well, websites (and founders of websites) love to throw out big numbers, and most thinking people have no doubt learned to ignore them; you hear millions of this and billions of that and know it's basically "Hooray for me," said with trailing zeros. Unlike Google, Facebook, Twitter, and the other sources whose data will figure prominently in this book, OkCupid is far from a household name—if you and your friends have all been happily married for years, you've probably never heard of us. So I've thought a lot about how to describe the reach of the site to someone who's never used it and who rightly doesn't care about the user-engagement metrics of some guy's startup. I'll put it in personal terms instead. Tonight, some thirty thousand couples will have their first date because of OkCupid. Roughly three thousand of them will end up together long-term. Two hundred of those will get married, and many of them, of course, will have kids. There are children alive and pouting today, grouchy little humans refusing to put their shoes on right now, who would never have existed but for the whims of our HTML.

I have no smug idea that we've perfected anything, and it's worth saying here that while I'm proud of the site my friends and I started, I honestly don't care if you're a member or go create an account or what. I've never been on an online date in my life and neither have any of the other founders, and if it's not for you, believe me, I get that. Tech evangelism is one of my least favorite things, and I'm not here to trade my blinking digital beads for anyone's precious island. I still subscribe to magazines. I get the Times on the weekend. Tweeting embar­rasses me. I can't convince you to use, respect, or "believe in" the Internet or social media any more than you already do—or don't. By all means, keep right on thinking what you've been thinking about the online universe. But if there's one thing I sincerely hope this book might get you to reconsider, it's what you think about yourself. Because that's what this book is really about. OkCupid is just how I arrived at the story.