Accessibility links
So We Read On NPR coverage of So We Read On: How the Great Gatsby Came to Be and Why It Endures by Maureen Corrigan. News, author interviews, critics' picks and more.

How the Great Gatsby Came to Be and Why It Endures

NPR stories about So We Read On 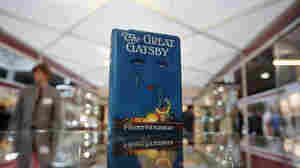 September 8, 2014 • In So We Read On, Maureen Corrigan looks at the story behind The Great Gatsby, from F. Scott Fitzgerald's life to the era in which it's set. She says it's her favorite novel, but it wasn't always.

Excerpt: So We Read On

Forget great. The Great Gatsby is the greatest — even if you didn't think so when you had to read it in high school. I didn't think so back then either. As a high- school senior, I couldn't "identify" with the bland Nick or enigmatic Gatsby; nor could I connect with golden girl Daisy, who acted too much like the mean girls in the cafeteria, flaunting their shining hair and their knowingness. I thought The Great Gatsby was a boring novel about rich people.

Flash forward almost forty years. It's shortly after midnight on what is now officially Thanksgiving Day 2010. I'm fifty- five years old, an English professor at an elite university, an NPR book critic. This cultural capital is without value right now: I'm standing on a long line with my husband, Rich, in the Greyhound Bus Terminal on Forty- Second Street in New York City, waiting to board a bus that will get us back to Washington, DC, where we live, at around five a.m. — just enough time for us to take a short nap and then pick up the pre-ordered "Traditional Turkey Feast for Six" for the oddly assorted Pilgrims (our mothers, both in their nineties; our twelve-year-old daughter; a good friend; and two dogs) set to gather at our house later that day. We'd taken Greyhound up from Washington sixteen hours earlier. Ordinarily, with this tight a schedule, we would have availed ourselves of the middle-class option of Amtrak or one of those newer deluxe buses, but Greyhound was the only thing moving that still had seats left for a round trip to and from New York on the Two Worst Travel Days of the Year. Why the urgency? We did it for love. We'd lucked into two tickets for the sold-out run of Gatz at Joseph Papp's Public Theater. Gatz was the sensation of the 2010 theater season in New York — a marathon seven-hour production in which The Great Gatsby, in its entirety, was read aloud and simultaneously acted by the Elevator Repair Service theater company. We had to see it; after all, it was The Great Gatsby.

If anyone had told me when I was in high school that I would one day be making such a nutty pilgrimage just to hear The Great Gatsby read aloud for hours and hours, I would have thought that was as likely as, say, an African American president being elected in my lifetime. Even more jaw- dropping would I have found the revelation that the adult me would voluntarily reread Gatsby upwards of fifty times, teach it to generations of college kids, and travel around the country enthusing about it to gatherings of curious readers. What happened to me, a former high-school apostate (idiot), is exactly what happened throughout America, broadly speaking, in the 1940s and '50s; like me, those midcentury critics and readers gave Gatsby a second chance and were knocked out.

Gatsby's magic emanates not only from its powerhouse poetic style — in which ordinary American language becomes unearthly — but from the authority with which it nails who we want to be as Americans. Not who we are; who we want to be. It's that wanting that runs through every page of Gatsby, making it our Greatest American Novel. But it's also our easiest Great American Novel to underrate: too short; too tempting to misread as just a love story gone wrong; too mired in the Roaring Twenties and all that jazz. Compared to its two closest contenders, Gatsby seems confined. Moby-Dick takes place on the ocean; Gatsby offers a swimming pool. Huckleberry Finn "light[s] out for the territory"; Gatsby restlessly commutes the few miles of new roadway back and forth between East and West Egg and Manhattan. Being short gives Gatsby one clear advantage over the big boys: it's more likely to be assigned as required reading. In fact, Gatsby is the one American novel that most educated Americans have read. The bad news is that we read it in high school or even (shudder) junior high, when we're much too young, too defensive emotionally, too ignorant about the life- deforming powers of regret. When we make our first chain-gang shuffle into Gatsby, we spend so much time preparing for standard test prompts on the eyes of Dr. T. J. Eckleburg and the color of Gatsby's car and — above all — the symbol of the green light at the end of Daisy's dock that the larger point of the novel gets lost. It's not the green light, stupid; it's Gatsby's reaching for it that's the crucial all- American symbol of the novel. Because it's been a mainstay for over half a century on high-school reading lists across the land, The Great Gatsby is the one Great American Novel we think we've read but probably haven't — at least, not enough.

Given the worldwide familiarity with, if nothing else, its title, the novel seems too much with us even before we've read it for the first time. The name Gatsby lends a touch of class to restaurants, condo developments, computer games, custom- tailoring stores (those beautiful shirts!), beauty salons, Kate Spade clutch purses (made to look like hardcover editions of the book), and hot tubs (really in poor taste when you consider the role of the swimming pool in the novel). The baby- name website Nameberry.com reports that Gatsby is gaining traction as both a boy's and a girl's name and that it has "a lot of energy and that great pedigree." Riffs on Fitzgerald's title are legion. An overweight rock musician is dubbed "the Great Gutsby." A California vineyard runs a wine-tasting-and-book-discussion series called the Grape Gatsby. A friend sends around a Facebook cat joke featuring the Great Catsby. The variations accrue like hairballs, encasing the actual novel within puns and all manner of consumer dreck. Then there are the higher cultural spin-offs: the five movies (the latest is Baz Luhrmann's 3-D effort, which premiered as I was writing this book); a ballet; an opera; the radio and stage plays, including the aforementioned hybrid of staged reading and play, Gatz. Countless modern novels have helped themselves to The Great Gatsby as a template for their own stories: Ross Macdonald's Black Money, Caitlin Macy's The Fundamentals of Play, Joseph O'Neill's Netherland, and Tom Carson's Daisy Buchanan's Daughter, to name a few. Enough already: Gatsby is overexposed, mined out. But excavate your old paperback copy of The Great Gatsby and read it again. For many of us who've done just that, the novel has become, in Fitzgerald's own iridescent words, "something commensurate to [man's] capacity to wonder."