The Underground Girls Of Kabul

The Underground Girls Of Kabul

In Search of a Hidden Resistance in Afghanistan

Jenny Nordberg dives into a secret Afghan custom that involves disguising young girls as boys in order to improve their prospects.

NPR stories about The Underground Girls Of Kabul 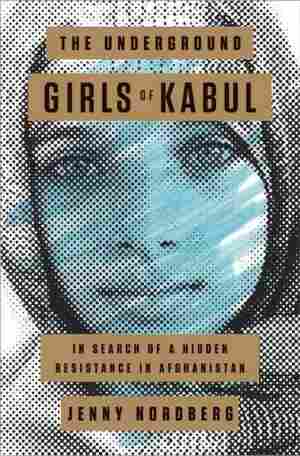 Why Afghanistan's 'Underground Girls' Skirt Tradition To Live As Boys

September 20, 2014 • In a new book, journalist Jenny Nordberg writes about the bacha posh, young girls who dress up like boys to enjoy the freedoms of being an Afghan male for as long as they can.

Why Afghanistan's 'Underground Girls' Skirt Tradition To Live As Boys

Excerpt: The Underground Girls Of Kabul

Chapter One – The Rebel Mother

"Our brother is really a girl."

One of the eager-looking twins nods to reaffirm her words. Then she turns to her sister. She agrees. Yes, it is true. She can confirm it.

They are two ten-year-old identical girls, each with black hair, squirrel eyes, and a few small freckles. Moments ago, we danced to my iPod set to shuffle as we waited for their mother to finish a phone conversation in the other room. We passed the headphones between us, showing off our best moves. Though I failed to match their elaborate hip rolls, some of my most inspired sing-along was met with approval. It actually sounded pretty good bouncing off the ice-cold cement walls of the apartment in the Soviet-built maze that is home to a chunk of Kabul's small middle class.

Now we sit on the gold-embroidered sofa, where the twins have set up a tea service consisting of glass mugs and a pump thermos on a silver-plated tray. The mehman khana is the most opulent room in an Afghan home, meant to show off the wealth and good moral character of its owners. Cassette tapes with Koran verses and peach-colored fabric flowers sit on a corner table where a crack has been soldered with Scotch tape. The twin sisters, their legs neatly folded underneath them on the sofa, are a little offended by my lack of reac­tion to their big reveal. Twin number two leans forward: "It's true. He is our little sister."

A framed picture on a side table shows their brother posing in a V-neck sweater and tie, with his grinning, mustached father. It is the only photo on display in the living room. His oldest daughters speak a shaky but enthusiastic English, picked up from textbooks and sat­ellite television from a dish on the balcony. We just have a language barrier here, perhaps.

"Okay," I say, wanting to be friendly. "I understand. Your sister. Now, what is your favorite color, Benafsha?"

She goes back and forth between red and purple before passing the question to her sister, where it gets equally serious consideration. The twins, both dressed in orange cardigans and green pants, seem to do most things in perfect girly synchronicity. Their bobbing heads are topped with glittery hair scrunchies, and only when one speaks will the other's scrunchie be still for a few seconds. Those moments are a beginner's chance to tell them apart: A small birthmark on Beheshta's cheek is the key. Benafsha means "flower"; Beheshta, "par­adise."

"I want to be a teacher when I grow up," Beheshta volunteers for our next topic.

When it becomes each of the twins' turns to ask a question, they both want to know the same thing: Am I married?

My response mystifies them, since — as they point out — I am very old. I am even a few years older than their mother, who at thirty-three is a married mother of four. The twins have another sister, too, in addition to their little brother. Their mother is also in the national parliament, I say to the twins. So there are many things I am not, compared to her. They seem to appreciate that framing.

Their brother suddenly appears in the doorway.

Mehran, age six, has a tanned, round face, deep dimples, eyebrows that go up and down as he grimaces, and a wide gap between his front teeth. His hair is as black as that of his sisters, but short and spiky. In a tight red denim shirt and blue pants, chin forward, hands on hips, he swaggers confidently into the room, looking directly at me and pointing a toy gun in my face. Then he pulls the trigger and exclaims his greeting: phow. When I fail to die or shoot back, he takes out a plastic superhero from his back pocket. The wingman has blond hair, shiny white teeth, two gun belts slung across his bulging chest, and is armed with a machine gun. Mehran says something in Dari to the figurine and then listens intently to him. They seem to agree: The assault has been a success.

Benafsha comes alive at my side, seeing the chance to finally prove her point. She waves her arms to call her brother's attention: "Tell her, Mehran. Tell her you are our sister."

The corners of Mehran's mouth turn downward. He sticks his tongue out in a grimace before bolting, almost crashing into his mother as she walks into the room.

Azita's eyes are lined with black kohl, and she wears a little bit of blush. Or perhaps it is the effect of having had a cell phone pressed to her ear. She is ready now, she exclaims in my direction. To tell me what I came to ask about — what it is like, almost a decade into America's longest war and one of the largest foreign aid efforts of a generation, to be an Afghan woman here.

When we first meet, on this day, I am researching a television piece on Afghan women and Azita has been a member of the coun­try's fairly new parliament for four years. Elected to the Wolesi Jirga, one of the legislative branches installed a few years after the 2001 defeat of the Taliban, she had promised her rural voters in Badghis province that she would direct more of the foreign aid influx to their poor, far-flung corner of Afghanistan.

The parliament she entered was heavily populated with drug kingpins and warlords and seemed to be in a state of paralysis due to deeply entrenched corruption, but it was at least an attempt at democracy that many Afghans expressed hope for. It followed many forms of failed governance during the last century: absolute monar­chy, communism, and an Islamic emirate under the Taliban. Or no government at all in times of civil war.

As some foreign diplomats and aid workers around Kabul came to know Azita as an educated female parliamentarian who not only spoke Dari, Pashto, Urdu, and Russian, but also English, and who seemed relatively liberal, invitations to events poured in from the outside world. She was flown to several European countries and to Yale University in the United States, where she spoke of life under the Taliban.

It was not unusual for Azita to invite foreigners to her rented home in Macroyan, either, to show her version of normal life in a Kabul neighborhood. Here, laundry flutters on the balconies of dirt-gray four-story buildings, interrupted by the occasional patch of green­ery, and in the early mornings, women gather at the hole-in-the-wall bakeries while men perform stiff gymnastic exercises on the foot­ball field. Azita takes pride in being a host and showing herself off as an exception to the way Afghan women are portrayed in the out­side world — as secluded inside their homes, with little connection to society, often illiterate and under the spell of demonizing husbands who do not allow them any daylight. And definitely not receiving vis­its from farangee, or foreigners, as the historical invaders were once dubbed by Afghans. These days, foreigners usually go under amrican, regardless of their passport.

Azita enjoys demonstrating her running water, the electricity, the television set in her bedroom; all paid for with money she has made as the breadwinner of the house. She knows that impresses foreign­ers. Especially female foreigners. With her glowing cheeks, sharp features, and military-grade posture, elegantly draped in black fab­ric from head to toe, and exuding a warm scent of musk mixed with something sweet, Azita does look different from Afghanistan's ma­jority of women. At five feet six — perhaps a little taller in her pointy size-eleven sling-back heels — she even towers over some visitors. Those usually arrive in more practical shoes, as if on a trek some­where.

On the topic of progress for women since 2001, Azita expresses little satisfaction to visiting foreigners, of which I am just the lat­est: Yes, more women are seen on the streets of Kabul and a few other larger cities than when the Taliban was in power, and more girls are enrolled in school, but just as in earlier eras when reforms were attempted, most progress for women is limited to the capital and a handful of other urban areas. Much of what the Taliban had banned and decreed regarding women is still effectively law in large parts of this mostly illiterate country, enforced by conservative tradi­tion. In many provinces, burkas are still commonplace, and women rarely work or leave the house without their husbands. The major­ity of marriages are still forced, honor killings are not unusual, and any involvement of the justice system in a rape case usually means that only the victim goes to jail, charged with adultery or with having had premarital sex — unless she, as a commonly imposed solution, is forced to marry her rapist. Women burn themselves to death using cooking fuel to escape domestic abuse here, and daughters are still a viable, informal currency used by fathers to pay off debts and settle disputes.

Azita is one of few women with a voice, but to many, she remains a provocation, since her life is different from that of most women in Afghanistan and a threat to those who subjugate them. In her words: "If you go to the remote areas of Afghanistan, you will see nothing has changed in women's lives. They are still like servants. Like animals. We have a long time before the woman is considered a human in this society."

Azita pushes her emerald green head scarf back to reveal a short black ponytail, and rubs her hair. I shake off my scarf, too, and let it fall down on my neck. She looks at me for a moment, where we sit in her bedroom. "I never want my daughters to suffer in the ways I have suffered. I had to kill many of my dreams. I have four daughters. I am very happy for that."

Four daughters. Only four daughters? What is going on in this family? I hold my breath for a moment, hoping Azita will take the lead and help me understand.