How Four Crusaders Reinvented Sex and Launched a Revolution

Documents the pivotal contributions of a feminist birth-control campaigner, a wealthy schizophrenic's wife, a disgraced Harvard scientist, and a boundary-breaking Catholic doctor in the development of the birth-control pill.

NPR stories about The Birth of the Pill 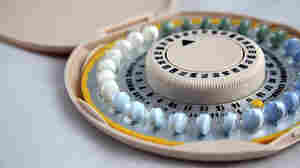 The history of how the birth control pill was developed in the 1950s is recounted in Jonathan Eig's new book The Birth of the Pill. iStockphoto.com hide caption

October 7, 2014 • In the '50s, four people collaborated to create a pill so women could enjoy sex. They fibbed about their motivations and skirted the law. Jonathan Eig details the history in The Birth of the Pill.

Excerpt: The Birth of the Pill

Pincus knew about Sanger. Almost everyone in America did. It was Sanger who had popularized the term "birth control" and almost single-handedly launched the movement for contraceptive rights in the United States. Women would never gain equality, she had argued, until they were freed from sexual servitude. Sanger had opened the nation's first birth control clinic in Brooklyn in 1916 and helped launch dozens more around the world. But even after decades of work, the contraceptive devices available at those clinics — condoms and cervical caps, mostly — remained ineffective, impractical, or difficult to obtain. It was as if she'd been teaching starving people about nutrition without giving them anything healthy to eat. Sanger explained to Pincus that she was looking for an inexpensive, easy-to-­use, and completely foolproof method of contraception, preferably a pill. It should be something biological, she said, something a woman could swallow every morning with her orange juice or while brushing her teeth, with or without the consent of the man with whom she was sleeping; something that would make sexual intercourse spontane­ous, with no forethought or messy fumbling, no sacrifice of pleasure; something that would not affect a woman's fertility if she wished to have children later in life; something that would work everywhere from the slums of New York to the jungles of southeast Asia; some­thing 100 percent effective.

Could it be done?

The other scientists she'd approached, every one of them, had said no, and they had given her a long list of reasons. It was dirty, dis­reputable work. The technology wasn't there. And even if it somehow could be done, there would be no point. Thirty states and the federal government still had anti-birth-control laws on the books. Why go to the trouble of making a pill no drug company would dare to manu­facture and no doctor would dare prescribe?

But Sanger held out hope that Gregory Pincus was different, that he might be bold enough — or desperate enough — to try.

It was the midpoint of the century. Scientists were taking up matters of life and death that once had been the domain principally of art­ists and philosophers. Men in lab coats—and yes, they were almost all men—were heroes, winners of wars, battlers of disease, givers of life. Malaria, tuberculosis, and syphilis were among the many illnesses surrendering to modern medicine. Governments and giant corporations poured unprecedented sums of money into research, sponsoring everything from high school science clubs to cold fusion exploration. Health became a political issue as well as a social one. World War II had scarred the earth but also transformed it, offer­ing the promise of a better, freer world, and scientists were leading the way.

Americans were settling into new suburban box homes and explor­ing the joys of lawn care, dry martinis, and I Love Lucy. At least to the casual observer, the United States in the early 1950s appeared staid and steadfast. The Andrews Sisters sang "I Wanna Be Loved" and John Wayne starred in Sands of Iwo Jima, celebrating the nation's military might and commitment to democratic ideals.

It was a glorious time to be an American. Young men returning from battle were looking for new adventures and new ways to feel like heroes as they adjusted to the dullness of their homes, marriages, and jobs. During the war, new rules of morality had applied. Sex had become a more casual endeavor as foreign women traded their bodies to Ameri­can soldiers for cigarettes and cash. Girlfriends back home had written steamy letters filled with promises of the great passion awaiting their men. In truth, many of the women back home had been exploring their own new moral standards. The war had thrust women into the workplace, putting money in their pockets and liberating them from their parental homes. They'd begun dating and making love to men they did not intend to marry, experimenting with new ideas about inti­macy and commitment. In 1948, a college professor in Indiana named Alfred Charles Kinsey published a study called Sexual Behavior in the Human Male, to be followed five years later by Sexual Behavior in the Human Female, and found that people were much friskier than they cared to admit, with 85 percent confessing to premarital sex, 50 per­cent acknowledging extramarital affairs, and almost everyone saying they masturbated. It would turn out that Kinsey was perhaps biased in his conclusions, but the impact of his work was nevertheless profound. In 1949, Hugh Hefner, a graduate student in sociology at Northwest­ern University, read Kinsey's report and wrote a term paper arguing for an end to the repression of sex and sexuality in America. "Let us see if we cannot begin to find our way out of this dark, emotional, taboo-ridden labyrinth and into the fresh air and light of reason," Hef­ner wrote, as he began preparing to do something about it personally.

Late one winter night in Manhattan, Margaret Sanger met Greg­ory Pincus to talk about nothing less than a revolution. No guns or bombs would be involved — only sex, the more the better. Sex without marriage. Sex without children. Sex redesigned, re-engineered, made safe, made limitless, for the pleasure of women.

Sex for the pleasure of women? To many, that idea was as unthink­able in 1950 as putting a man on the moon or playing baseball on plastic grass. Worse, it was dangerous. What would happen to the institutions of marriage and family? What would happen to love? If women had the power to control their own bodies, if they had the ability to choose when and whether they got pregnant, what would they want next? Two thousand years of Christianity and three hundred years of American Puritanism would come undone in an explosion of uncontrollable desire. Marriage vows would lose their meaning. The rules and roles of gender would be revocable.

Science would do what the law so far had not; it would give women the chance to become equal partners with men. This was the technol­ogy Sanger had been seeking all her life.

So, in a sleek Park Avenue apartment where long threads of ciga­rette smoke floated toward the ceiling, Sanger gazed across a coffee table at Pincus and made her pitch. She was seventy-one years old. She needed this. So did he.

It would require a good deal of research, he added, but, yes, it was possible. Sanger had been waiting much of her life to hear those words.

The next morning, Pincus gunned the engine on his Chevrolet, snaking in and out of traffic toward Massachusetts as Sanger's plea snaked in

and out of his overactive brain. Driving was new to him. He had only recently inherited this, his first car, from a scientist who had moved abroad, and he was thrilled to discover the speed and power at his command. Driving, like so much else in his life, became a competi­tive sport. His passengers would white-knuckle their armrests and ask why he was in such a hurry, but Pincus, utterly calm behind the wheel, thought little of it. "This is just my cruising speed," he would say.

The 180-mile journey was full of stops and starts. Interstate high­ways were yet to come; for now, there were narrow, two-lane roads with slow-downs for school zones and train tracks. The long drive through cold, gray towns and hibernating farm plots gave Pincus time to reflect on his meeting with Sanger.

For as long as men and women have been making babies they've also been trying not to. The ancient Egyptians made vaginal plugs out of crocodile dung. Aristotle recommended cedar oil and frankin­cense as spermicides. Casanova prescribed the use of half a lemon as a cervical cap. The most popular and effective form of birth control in the early 1950s was the condom, a simple device that dated to the mid-1500s when the Italian doctor Gabriele Falloppio tested a "linen cloth made to fit the glans" to prevent the spread of syphilis. Since Falloppio, though, not much had changed. Condoms became cheaper and more widely available when the Goodyear company began vul­canizing rubber in the 1840s. Crudely fitted cervical caps—an early form of the diaphragm — began to appear at roughly the same time. But in the century that followed, little thought and even less effort had gone into innovation in the field. Pincus had no interest in those antiquated approaches. In his mind, inventing a birth-control pill — inventing anything, for that matter — did not have to be complicated. It was like driving. Step one: Choose your destination. Step two: Select a route. Step three: Try to get there as quickly as possible.

Excerpted from Birth of the Pill: How Four Crusaders Reinvented Sex and Launched a Revolution by Jonathan Eig. Copyright 2014 by Jonathan Eig. With permission of the publisher, W. W. Norton & Company, Inc. All rights reserved.