by Herbie Hancock and Lisa Dickey

The legendary jazz musician and composer reflects on his seven decades in music, tracing his early years as a musical prodigy and work in Miles Davis' second quintet to his multigenre explorations and collaborations with fellow artists. 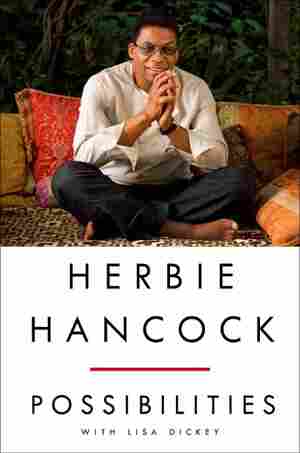 October 23, 2014 • In a candid interview, the ever-innovative pianist traces the lines between Buddhist chants, Sly Stone and Miles Davis, while shedding new light on some hard facts about his past.

I 'm onstage at a concert hall in Stockholm, Sweden, in the mid-1960s playing piano with the Miles Davis Quintet. We're on tour, and this show is really heating up. The band is tight — we're all in sync, all on the same wavelength. The music is flowing, we're connecting with the audience, and everything feels magical, like we're weaving a spell.

Tony Williams, the drumming prodigy who joined Miles as a teenager, is on fire. Ron Carter's fingers are flying up and down the neck of his bass, and Wayne Shorter's saxophone is just screaming. The five of us have become one entity, shifting and flowing with the music. We're playing one of Miles's classics, "So What," and as we hurtle toward Miles's solo, it's the peak of the evening; the whole audience is on the edge of their seats.

Miles starts playing, building up to his solo, and just as he's about to really let loose, he takes a breath. And right then I play a chord that is just so wrong. I don't even know where it came from — it's the wrong chord, in the wrong place, and now it's hanging out there like a piece of rotten fruit. I think, Oh, shit. It's as if we've all been building this gorgeous house of sound, and I just accidentally put a match to it.

Miles pauses for a fraction of a second, and then he plays some notes that somehow, miraculously, make my chord sound right. In that moment I believe my mouth actually fell open. What kind of alchemy was this? And then Miles just took off from there, unleashing a solo that took the song in a new direction. The crowd went absolutely crazy.

I was in my early twenties and had already been with Miles for a couple of years by this time. But he always was capable of surprising me, and that night, when he somehow turned my chord from a wrong to a right, he definitely did. In the dressing room after the show I asked Miles about it. I felt a little sheepish, but Miles just winked at me, a hint of a smile on his chiseled face. He didn't say anything. He didn't have to. Miles wasn't one to talk a whole lot about things when he could show us something instead.

It took me years to fully understand what happened in that moment onstage. As soon as I played that chord I judged it. In my mind it was the "wrong" chord. But Miles never judged it- he just heard it as a sound that had happened, and he instantly took it on as a challenge, a question of How can I integrate that chord into everything else we're doing? And because he didn't judge it, he was able to run with it, to turn it into something amazing. Miles trusted the band, and he trusted himself, and he always encouraged us to do the same. This was just one of many lessons I learned from Miles.

We all have a natural human tendency to take the safe route — to do the thing we know will work-rather than taking a chance. But that's the antithesis of jazz, which is all about being in the present. Jazz is about being in the moment, at every moment. It's about trusting yourself to respond on the fly. If you can allow yourself to do that, you never stop exploring, you never stop learning, in music or in life.

I was lucky enough to learn this not only from playing with Miles but over the decades of playing that have followed. And I'm still learning it, every single day. It's a gift that I never could have imagined back when I first started plunking around on my friend Levester Corley's piano at the age of six.