A Father's Memoir in 424 Steps

NPR stories about The Fall 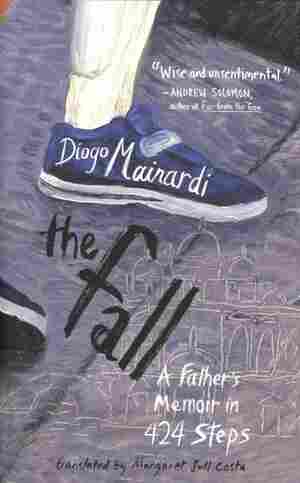 October 18, 2014 • A son with cerebral palsy inspires a new way to think about imperfection, exaltation and love in a new memoir by Brazilian novelist and screenwriter Diogo Mainardi.

Just before he was 6 months old, Tito went for another examination at Padua Hospital.

His neurologist lay him face down on the stretcher. At that moment, he should have rolled over onto his back. Instead, he merely waved his little arms about, but — like a turtle — he was unable to turn over.

That was the first sign that he had cerebral palsy.

I had found out that my wife was pregnant exactly one year before.

I wrote about it on 23 February 2000 in my column in the magazine Veja.

I started by saying that, up until then, my rejection of fatherhood had been one of the rare, unquestioned certainties of my life. I went on to say that my wish — and I quote word for word — was to have "a turtle child, and whenever he became too agitated, I would just have to roll him onto his back and he would lie there, silently waving his little arms."

I got my turtle child.

Some days after the examination at Padua Hospital, we received the results through the post. According to the neurologist, Tito had suffered "damage to the extrapyramidal system."

I know how to read.

Reading is my job. I think by reading. I feel by reading. When we received the result of the examination at Padua Hospital, I read all about the extrapyramidal system. Nothing I read prepared me for what we were about to discover.

Now I know what Tito has.

According to the neurologists who have examined him over the last few years, the damage to his thalamus was caused by his bungled birth. The thalamus is part of the extrapyramidal system. The damage is infinitesimal, so much so that no machine has ever yet managed to detect it. But it's serious enough to affect all his movements.

After examining Tito, the neurologist at Padua Hospital sent him to a physiotherapist at Venice Hospital.

During the weeks that followed, the physiotherapist put him through a series of tests.

It was only when all the tests were over that — with a feeling of fear and panic — I first heard the term which, from that moment on, would come to dominate my life.

The fear lasted a week.

The reason why it took only a week for the fear to pass was a fall.

What unites us — what will always unite us — is the fall.