Title
The Woman I Wanted to Be
Author
Diane Von Furstenberg

The influential fashion designer describes her pursuit of creativity and independence, covering her childhood in Brussels, her struggles with cancer, and her creation of a genre-defining dress design.

NPR stories about The Woman I Wanted to Be 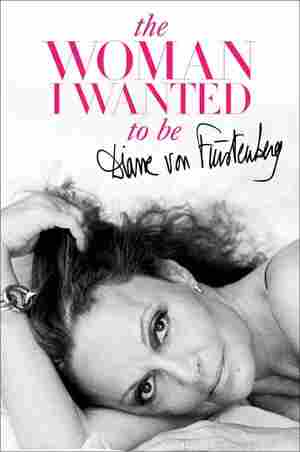 October 24, 2014 • In her memoir, The Woman I Wanted to Be, Diane von Furstenberg says she owes her success to her mother, a strong, strict Holocaust survivor who called Diane her "torch of freedom."

Excerpt: 'The Woman I Wanted To Be' By Diane Von Furstenberg

There is a large frame on the bookshelf in my bedroom in New York. In it is a page torn from a German magazine of 1952. It is a photo of an elegant woman and her small daughter in the train station of Basel, Switzerland, waiting for the Orient Express. The little girl is nestled in her mother's tented coat and is eating a brioche. That was the first time, at the age of five, that I had my photo in a magazine. It is a sweet picture. My mother's older sister, Juliette, gave it to me when I was first married, but it is only recently that I realized its true importance.

On the surface, it is a photograph of a glamorous, apparently wealthy woman en route to a ski holiday with her curly-haired little girl. The woman is not looking into the camera, but there is a hint of a smile as she knows she is being photographed. Her appearance is elegant. Nothing would indicate that only a few years before, she was in another German-speaking railroad station coming back from the Nazi concentration camps where she had been a prisoner for thirteen months, a bunch of bones, close to death from starvation and exhaustion.

How did she feel when the photographer asked her name to be put in the magazine? Proud, I imagine, to be noticed for her style and elegance. Only seven years had passed. She was not a number anymore. She had a name; warm, beautiful, clean clothes; and most of all she had a daughter, a healthy little girl. "God has saved my life so that I can give you life," she used to write me every New Year on my birthday. "By giving you life, you gave me my life back. You are my torch, my flag of freedom."

My voice catches each time I speak publicly about my mother, and I do in every speech I make, aware that I wouldn't be giving that speech if Lily Nahmias had not been my mother. Sometimes it feels odd that I always bring up her story, but somehow I am compelled to. It explains the child I was, the woman I became.

"I want to tell you the story of a young girl who, at twenty-two years old, weighed fifty-nine pounds, barely the weight of her bones," I say to a seminar at Harvard about girls' health. "The reason she weighed fifty-nine pounds is that she had just spent thirteen months in the Nazi death camps of Auschwitz and Ravensbrück. It was a true miracle that that young girl didn't die, though she came very close. When she was liberated and returned to her family in Belgium, her mother fed her like a little bird, every fifteen minutes a tiny bit of food, and then a little bit more, making her feel as if she was being slowly blown up like a balloon. Within a few months her weight was close to normal."

There are always murmurs in the audience when I get to that point in my mother's story, perhaps because it is so shocking and unexpected or maybe because I am living history to a young audience that has heard only vaguely about Auschwitz. It must be hard to imagine the high-energy, healthy woman speaking to them having a mother who weighed fifty-nine pounds. Whatever it is, I want and need to honor my mother, her courage and her strength. It is what made me the woman she wanted me to be.

"God has saved my life so that I can give you life." Her words resonate with me every day of my life. I feel it is my duty to make up for all the suffering she endured, to always celebrate freedom and live fully. My birth was her triumph. She was not supposed to survive; I was not supposed to be born. We proved them wrong. We both won the day I was born.

I repeat a few of the lessons my mother drummed into me that have served me well. "Fear is not an option." "Don't dwell on the dark side of things, but look for the light and build around it. If one door closes, look for another one to open." "Never, ever, blame others for what befalls you, no matter how horrible it might be. Trust you, and only you, to be responsible for your own life." She lived those lessons. In spite of what she endured, she never wanted others to feel that she was a victim.