Information Doesn't Want to Be Free

Information Doesn't Want to Be Free

Laws for the Internet Age

A report on the state of copyright and creative success in the digital age considers the challenges being faced by small artists and posed by large corporations, exploring today's pitfalls and opportunities to reveal evolving internet business models. 20,000 first printing.

NPR stories about Information Doesn't Want to Be Free 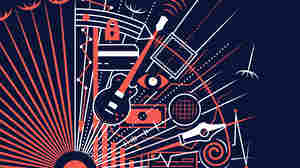 November 3, 2014 • In his new book, Cory Doctorow shows creators how to survive in the digital age. He says the problem with copyright law is tech platforms have more control over content than the people who make it.

What the Copyfight Is About

I've spent the past ten years in the "copyfight," the often bizarre, multifaceted political struggle over the destiny of the Internet and copyright. It's taken me to street marches, courtrooms, legislative bodies, treaty-making UN agencies, and special commissions, and I've met thousands and thousands of people from all walks of life who want a free and open Internet.

Not one of them has devoted their life to this because of what "information" wants. Rather, the fight is, and always has been, about people.

Copyfighters aren't in the streets because they worry about the fortunes of titanic technology companies or titanic entertainment companies. In truth, they're not even particularly exercised about the fortunes of people who want to earn a living in the creative arts. Ultimately, that stuff is of interest to a tiny fraction of the world's population.

But the open Internet — and efforts to close it — affects every one of us.

There's nothing wrong with the idea of big, high-stakes industries having some legally enforceable rules — hell, I'd be delighted if the finance industry could get some meaningful regulatory oversight! But if banking regulations started to creep into everyday life, even their staunchest defenders would be dismayed.

Most of us are comfortable with the idea that banks that loan lots of money to one another should have to document their actions carefully and disclose their liabilities to regulators on demand. On the other hand, we would all find it a little tedious if these same rules were applied every time you decided to pick up the tab for lunch with a friend.

Industrial regulations should apply to industries, not individuals, families, and private groups. Every industrial regulation includes some kind of test to help you figure out whether your activity falls into the regulated realm or can be considered a private matter. We say that loans below a certain dollar value are excluded from banking disclosures. But if the U.S. was hit by hyperinflation and a sandwich suddenly cost a million dollars, you'd expect the loan threshold to be revised to match. If it wasn't, you'd get into a situation where loaning a friend enough money for lunch was suddenly subject to SEC oversight.

Copyright's test for industrial activity — are you making or handling a copy? — is no longer a good way to sort entertainment-industry transactions from personal, cultural, private activity. Insisting that normal people, doing normal things, should be able to navigate a system designed for a big, sophisticated industry is a fool's errand.

But disagreeing with some rules doesn't mean you disagree with rules altogether. Wanting a different copyright isn't the same as not wanting copyright at all. The more pressing question is whom the rules should apply to.

The rule of thumb that copyright uses to figure out if you're part of the copyright industry is whether you are making copies. This made perfect sense in the last century. Anyone who was pressing a record probably had a million-dollar record factory. Anyone printing a book probably had a printing press, a bunch of skilled printers to keep it running, and a building to house it all.

Equating copying with industrial activity made sense when copying was hard. The legal scholar James Boyle describes this as designing copyright the way you design an anti-tank mine — anti-tank mines are designed to detonate only when you drive over them with a multi-ton tank. Anything lighter than that — a civilian car, or a civilian on foot — is ignored by the tank's detonation mechanism. Anti-tank mines don't always work perfectly, but when they do, you can (in theory) put them all over the place, even in playgrounds, and the only time they'll blow up is when someone shows up in a tank.

The problem is that the Internet has given us hyperinflation for copying. It's as though we planted a bunch of anti-tank mines around the playground, and fifty years later new manufacturing techniques have put safe, innocent, actual-size toy tanks within reach of every ten-year-old. Suddenly, the anti-tank mine becomes an anti-personnel mine, and a system that was supposed to interact only with instruments of war starts going off indiscriminately, with a bunch of non-combatants inside the blast radius.

Put it this way: it makes perfect sense that the lawyers at Universal Studios should have to talk to the lawyers at Warner Bros. when Universal decides to build a Harry Potter ride. But when a twelve-year-old wants to post her Harry Potter fan fiction or the Harry Potter drawings she made in art class on the Internet, it makes no sense for her to negotiate with Warner's lawyers.

And moreover, there's nothing wrong or new with making Harry Potter fanfic or drawings. Kids have been doing this forever; every successful artist learns her trade by copying the things she admires. Technically, copyright may have prohibited things like this before, but before the Internet, it was much more difficult for a rightsholder to discover that an offense was taking place, and there was very little pressure on intermediaries to police copyright on the rightsholders' behalf. No one asked the companies that sold school notebooks to ensure that fanfic was never scribbled in their pages. No one asked art teachers to ensure their students were staying on the right side of copyright in their figure-drawing classes.

But all this changes in an era of Internet-scale intermediaries, networked communities, and automated Notice and Takedown procedures. Instagram or Twitter becomes the preferred way for kids to share their drawings with one another; Fanfic.net becomes the preferred place for fanfic authors to share their work with one another. Technically, the companies providing these services are "making money off copyright infringement," but no more than the mall food court near the local high school makes a few bucks off the students who gather there to show off their infringing art while eating lunch.

The difference now is that the regulation is becoming automated. The copyright-bots that YouTube employs to evaluate its content don't make any distinction between industrial copyright infringement and what I think of as "cultural activity." Your fan video is caught in the remorseless, relentless, and fully automated enforcement systems set up by rightsholders and Google, and can be taken down by a process that is entirely untouched by human hands. No one working for the intermediary or the entertainment company has the time or money to look at every automatic match and make sure they're not being unreasonable — instead, they have an automated anti-tank system, and they can't figure out how to stop it being triggered by kids.

Lacking any way to improve the trigger, they just leave it where it is, and catch tanks and toys alike.

Technically, copyright has always prohibited you from making your own copies of record albums and your own prints of feature films. My grandparents were legally enjoined from copying the 78 rpm records they collected. But for them — and nearly everyone else of their generation — a rule saying "You may not copy records" was about as superfluous as a rule that said "You may not carve your name into the face of the moon with an enormous laser." The main reason the music fans of the 1950s couldn't copy music was that they lacked access to a record press. The law was entirely beside the point.

Laws that are beside the point can say all kinds of silly things, and the silly things will be beside the point, too. The reality is that as soon as the capacity to copy music (and, later, video) for personal reasons reached the average person, the world's courts and legislators started creating a web of laws and rules that legalized this activity. They recognized that there was a difference between a music bootlegger setting up an illegal press to run off competing copies and an individual who makes a mixtape for a friend or records something off the TV to watch later.

The Internet era has conjured forth mountains of nonsense about the death of copyright. Reformers have claimed that copyright is dead because the Internet makes it impossible to control who copies what; copyright supporters have said that the Internet itself must be contained, to head off that grim fate.

It's impossible to control who loans a friend lunch money, but that doesn't mean financial regulation is dead. It just means that financial regulation has to limit itself to the kinds of transactions that take place on an industrial scale, among industrial players. A copyright regulation that is sophisticated enough to handle all the nuanced business questions that the industry encounters can never be simple enough for the majority of Internet users to understand, much less obey. And a copyright that is simple enough for a twelve-year-old Harry Potter fan to understand will never be sophisticated enough to regulate the interactions of billion-dollar entertainment conglomerates and their suppliers and vendors.

Copyright is alive and well — as an industrial regulation. Copyright as a means of regulating cultural activities among private individuals isn't dead, because it's never been alive.