NPR stories about The Way We Live Now 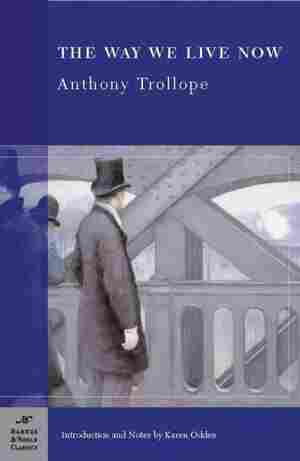 Excerpt: The Way We Live Now 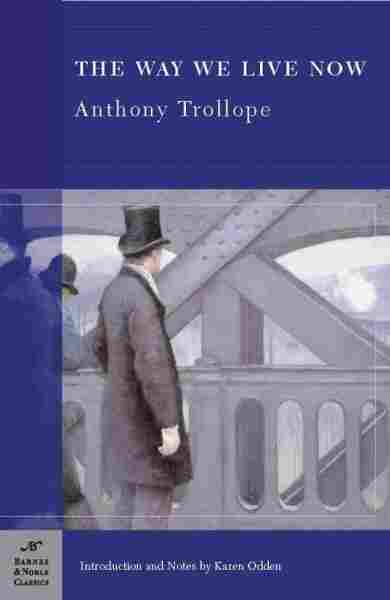 From Karen Odden's Introduction to The Way We Live Now

When I tell my friends that Anthony Trollope (1815?1882) is one of my favorite Victorian authors, most of them?even my book club friends?look at me with an expression of mild bewilderment. ?Who? I've never heard of him. Did he write novels?" Yes, and he wrote political articles, literary criticism, articles on fox hunting, a book on Julius Caesar, travel books, and social articles, as well as serving as an editor for the Fortnightly Review. ?And his name is pronounced Trollope, as in trollop?" Well, yes; but the silent ?e" marks a critical difference between a corpulent, bearded, hard-working author and what the OED defines as ?an untidy or slovenly woman; . . . a morally loose woman."

Trollope wrote more than sixty books, including forty-seven novels, many of which sold more than 100,000 copies, which constituted a best-seller in the Victorian age. In his day, he was as popular as his contemporaries Charles Dickens, William Makepeace Thackeray, and George Eliot. Indeed, his work was much admired by Eliot (Mary Ann Evans), who wrote to Trollope that she was

impressed . . . very happily in all those writings of [his] that [she knew] ? . . . people are breathing good bracing air in reading them ? . . . the books are filled with belief in goodness without the slightest tinge of maudlin. They are like pleasant public gardens, where people go for amusement, & whether they think of it or not, get health as well (quoted in Mullen, Anthony Trollope, p. 474; see ?For Further Reading").

In spite of the benefits of ?amusement" and ?health," Trollope's works are now seldom taught in high school or even college literature courses?partly because his novels are long. Like most Victorian novels, many were written to be published as ?triple-deckers," so that lending libraries could charge a borrowing fee for each of the three volumes. The two-volume novel The Way We Live Now, which many critics consider his masterpiece, is one of Trollope's longest, at 425,000 words.

Further, Trollope's novels can be rather difficult going for a reader who is not familiar with the significant changes that occurred in Victorian England, changes in politics, religion, law, science, socio-economics, marriage, employment, trade, communication, and transport. The Victorian period stretches from 1837, the year the eighteen-year-old Queen Victoria came to the throne, until her death in 1901. To suggest the depth and range of changes, here are just a few of the events and developments that a long-lived Victorian fly on the wall might have witnessed: the birth and spread of railways and the telegraph system across Britain; the rise of joint-stock companies; the rise of the Chartist movement, which called for voting reforms such as universal male suffrage, secret ballots, and equality among electoral districts; the introduction of the penny post in 1840 (which meant the sender, rather than the receiver, paid the new, standardized rate for postage); Hong Kong coming under British sovereignty; the potato famines and the Hungry '40s; the establishment of the Detective Department in London; a series of Factory Acts, which regulated the hours of women and children; coal-mining strikes; the repeal of the Corn Laws (tariffs on foreign grain); publication of Friedrich Engels's The Condition of the Working Class in England and Karl Marx and Engels's Communist Manifesto; the 1848 French Revolution; the Great Exhibition at the Crystal Palace in 1851, which celebrated Britain's triumphs in the arts and sciences; the publication in the Westminster Review of Harriet Taylor Mill's ?The Enfranchisement of Women," which denounced wife beating; the 1851 Census, the first of its kind, which placed the population of England and Wales at 17.9 million; the Crimean War; the founding of the Daily Telegraph; a substantial rise in literacy; the introduction to Parliament of a series of bills that would allow women to keep their property after marriage; the Divorce Bill of 1857, which enabled both women (for the first time) and men to sue for divorce; the publication of William Acton's Prostitution Considered in Its Moral, Social, and Sanitary Aspects (there were approximately 75,000 prostitutes in London in the 1860s); the Indian Mutiny; Charles Darwin's publication of Origin of Species (1859); public education reform; a Second Reform Bill of 1867, which extended the vote to two-fifths of the male population (up from one-fifth); the admission of Jews to Parliament; the Franco-Prussian war; the legalization of trade unions; petitions and protests against vivisection; the invention of the telephone; the Russo-Turkish war; the first Boer War; a third Reform Bill (1884), which provided the vote to all men who had a £10 stake in the community; the Irish Home Rule Bill; the Jack the Ripper murders in London; a second Boer War; and the invention of electric light.