In Which I Seek the Heart of Clara Rockmore, My One True Love, Finest Theremin Player the World Will Ever Know

Title
Us Conductors
Subtitle
In Which I Seek the Heart of Clara Rockmore, My One True Love, Finest Theremin Player the World Will Ever Know
Author
Sean Michaels

A Russian spy and scientist imparts to his paramour interconnected memories detailing his early days as a Bolshevik-era theremin innovator through his Moscow imprisonment and assignments to eavesdrop on Stalin. By the award-winning founder of the Said the Gramophone blog.

NPR stories about Us Conductors 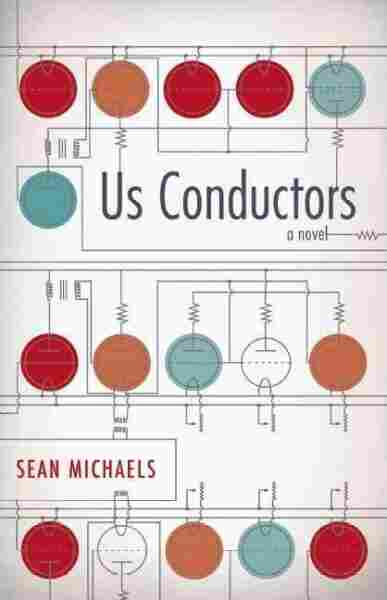 I was Leon Termen before I was Dr Theremin, and before I was Leon, I was Lev Sergeyvich. The instrument that is now known as a theremin could as easily have been called a leon, a lyova, a sergeyvich. It could have been called a clara, after its greatest player. Pash liked termenvox." He liked its connotations of science and authority. But this name always made me laugh. Termenvox?the voice of Termen. As if this device replicated my own voice. As if the theremin's trembling soprano were the song of this scientist from Leningrad.
I laughed at this notion, and yet in a way I think I also believed it. Not that the theremin emulated my voice, but that with it I gave voice to something. To the invisible. To the ether. I, Lev Sergeyvich Termen, mouthpiece of the universe.
That mouthpiece is now atop the sea, aboard a ship, in a rectangular cabin the size of an ensuite bathroom at New York's Plaza Hotel, the hotel that was once my home. This vessel is called the Stary Bolshevik. The walls are made of steel and painted eggshell blue. There is a cot in the corner, a frayed gray rug on the floor, and I sit in a folding chair before a desk that is also made of steel, also painted eggshell blue. The bare lightbulb glows. When the weather is rough, as it is now, I am as sick as a dog. I clutch my sides and listen to the drawer beside my bed sliding open and slamming shut and sliding open. The room rocks. I go to the toilet in a tiny closet, and then I come back and stare at what I have written. Rows of symbols?qwe asd zxc, the the the, lt, cr, lt, cr (((((((((&. I wonder who will see these pages. Will I send them away, like a letter? Will I keep them in a safe? Will they drown one night, in seawater?
On the other side of the hall there is another room like this one, lit by its own incandescent bulb. It is filled with my equipment. Some of this equipment is delicate and easily damaged. When the waves heave, it would be reassuring to go across and unfasten the cases' clasps, check that all the wires are coiled, the batteries capped, the tubes intact. Check that my theremins still sing. For the last seventeen years, a day has rarely passed that I did not hear their sound. From Archangelsk to New Haven, from palaces to shacks, I traveled and taught, performed for longshoremen and lords, and almost every night I was able to reach across the room and find the electrical field of one of my humble theremins, coaxing current into sound.
But the door to my cabin is locked. I do not have the key. Just a typewriter, just paper and ink, just this story to set down now, in solitude, as the distance widens between us.

When I was fourteen years old, one of my teachers at the gymnasium introduced the class to Geisslers?glass cylinders, vacuum tubes. They came in wooden crates, wrapped individually, like wineglasses. I say like wineglasses but really to me they were like intricate conch shells, the kind of treasures that wash up on a beach.
Professor Vasilyev must have recognized my fascination, because one holiday he let me take a vacuum tube home. I kept it wrapped in butcher paper, strolling with it in my jacket pocket, one hand resting over it, and in my mind's eye it was an emerald. At home I experimented with wires and Fahnestock clips, spark coils, and the new lamp beside Grandmother's bed. While my parents thought I was practicing piano and violin I was crouched over a wooden board, assembling circuits with brass screws. I knew to be careful: I had been tinkering with machines for years, phonographs and an old wireless set, Father's camera. At the end of the break I wrote Professor Vasilyev a long letter proposing a demonstration at the upcoming Family Day. I delivered the letter together with the vacuum tube?intact, undamaged?into his hands. He took more than a week to answer. I remember it was a Friday. He called me aside after class, drummed his fingers on the desktop, stared at me from under patchy eyebrows. All right, Lev," he said.
On Family Day there were displays by the wrestling squad, the botanical club, one of the choirs, and a class recited parts of Ilya Muromets from memory. Vova Ivanov sang a song about seagulls. After this, Professor Vasilyev clambered onto the stage. In his gentle voice he explained to the audience that some of his students were about to distribute Geissler vacuum tubes. We were lined up and down the gymnasium aisles, crates of tubes at every corner. We passed them hand to hand as though we were building something together. Soon all of the parents and uncles and aunts and grandparents had Geissler tubes in their laps. They turned them over and over, like wineglasses, like seashells, like emeralds. Then Professor Vasilyev asked everyone to look up at the ceiling. What they saw were the sagging lines of fourteen crisscrossing copper wires. I had pinned them up myself as Professor Vasilyev held the ladder. We had hidden the induction coils in a broom closet.
The ceiling wires now flowed with electric current.
They made no sound.
Please raise your Geissler tubes," said Professor Vasilyev.
One after another, they lifted their little glass tubes. They held them up with their fingertips. The feeling I had was the feeling you get as you pass through a gate and into a walled garden. As each vacuum tube entered the electrical field of my lacework of wires, one by one, the Geisslers began to glow.

I felt then what I have felt many times since. It is the moment you forget the electricity, the conducting metals and skipping electrons, the tubes and wires and fundamental principles; standing with hands in pockets you forget these things and for a hot, proud instant you think it is you who did this, who made the tubes glow, you clever mouse.
This is the hubris of the inventor. It is a monster that has devoured many scientists. I have strived to keep it at bay. Even in America, among ten thousand flatterers, I tried to concentrate on my machines, not their maker.
Perhaps if I had been prouder, this story would have turned out differently. Perhaps I would not be here, in a ship, plunging from New York back to Russia. Perhaps we would be together. If I were more of a showman. If I had told the right tale.
But Lev Sergeyvich Termen is not the voice of the ether. He is not the principle that turned glass into firefly. I am an instrument. I am a sound being sounded, music being made, blood, salt, and water manipulated in air. I come from Leningrad. With my bare hands, I have killed one man. I was born on August 15, 1896, and at that instant I became an object moving through space toward you.

In November 1921, I was invited to demonstrate the theremin before the institute's mechanical engineers and physicists, my first formal audience. I felt again like Lyova with a crate full of vacuum tubes. But these were not credulous dedushki and babushki: these men had invented and reinvented radio, sent complex messages through the air. They spoke the language of electricity. They'd not be dazzled by twinkling little lights.
I was nervous. All right?I was petrified. Beforehand, I shut myself in Ioffe's office. The sun had dipped behind the hills and filled the room with blue silhouettes. As I paced, the shadows skewed and reoriented themselves. I felt as though I was sabotaging something: the order in the room, its tranquillity, its dusk. I went to turn on the electric lamp on Ioffe's desk, but it was broken. I took a small screwdriver from my jacket pocket. I was partway through the repair when he knocked on the door and said through the wood, It's time."
In the low-ceilinged hall I stood beside the apparatus. Twists of smoke rose from cigarettes. I named and indicated the transformer, the oscillator, the unlit vacuum tubes. I closed the cabinet, concealing the components. I cleared my throat. And so," I said, and I turned the theremin on.

Here is the way you play a theremin:
You turn it on. Then you wait.
You wait for several reasons. You wait to give the tubes the chance to warm, like creatures taking their first breaths. You wait in order to heighten the audience's suspense. And, finally, you wait to magnify your own anticipation. It is a thrill and a terror. You stand before a cabinet and two antennas and immediately the space itself is activated, the room is charged, the atmosphere is alive. What was potential is potent. You imagine sparks, embers, tiny lightning flecks balanced in the vacant air.
You raise your hands.
Raise the left hand first, toward the pitch antenna, and you will hear it: DZEEEEOOOoo, a shocked electric coo, steadying into a long hymn. Raise the right hand, toward the volume antenna, and you will quiet it.
Move your hands again, and the device will sing.
My theremin is a musical instrument, an instrument of the air. Its two antennas rise up from a closed wooden box. The pitch antenna is tall and black, noble. The closer your left hand gets, the higher the theremin's tone. The second antenna controls volume. It is bent, looped, gold and horizontal. The closer you bring your right hand, the softer the instrument's song. The farther away, the louder it becomes. But always you are standing with your hands in the air, like a conductor. That is the secret of the theremin, after all: your body is a conductor.