A former political correspondent describes how the Gary Hart affair of 1978 marked a turning point in the relationship between the media and politics and led to the current obsession with the private life and personal character of political candidates.

NPR stories about All the Truth Is Out

'All The Truth Is Out' Examines How Political Journalism Went Tabloid

September 30, 2014 • Matt Bai says that while voters have always cared about candidates' characters, some news used to be off limits. His new book looks at Gary Hart's 1987 affair that destroyed his political ambitions.

'All The Truth Is Out' Examines How Political Journalism Went Tabloid

Book Review: 'All The Truth Is Out: The Week Politics Went Tabloid'

September 29, 2014 • The new book by Matt Bai explores the political resonance of Gary Hart, whose presidential ambitions were dashed when he revealed he had an affair.

Book Review: 'All The Truth Is Out: The Week Politics Went Tabloid'

Excerpt: All The Truth Is Out 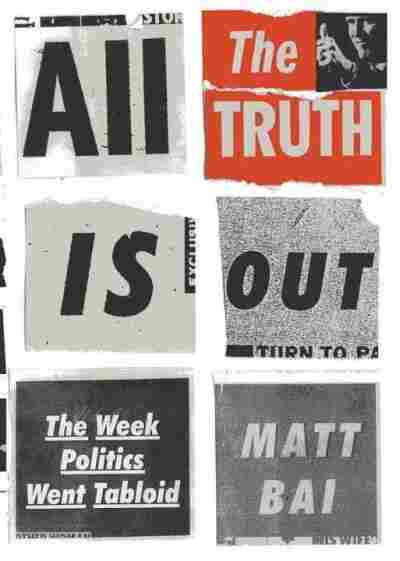 
Candidates for president—and for most other significant offices, really—don't try to explain their ideas or their theories of the moment anymore. It's hard to know if they really have any. Technology had a lot to do with this, of course. Kerry's controversial quote overwhelmed his campaign, at least for a few days, because of the twenty-four-hour cable news cycle that hadn't even existed when Hart ran back in 1987—a senselessly competitive environment where inexperienced producers fixate on whatever minutiae seems new, to the exclusion of all else, and where reporters and pundits rush into TV studios armed with little more than vague impressions. (It struck me, watching some of the coverage of the Kerry "nuisance" controversy, how few of the commentators seemed to have actually read the piece they were talking about.) But the reverberation of that one comment would have been exponentially louder just four years later, with the sudden popularity of blogs and sites like YouTube and Facebook, and it would have been downright deafening four years after that, after Twitter had taken over the world.

By now, every candidate knows that a single misspoken line, a single emotional or ill-advisedly candid moment, can become a full-blown, existential crisis by the time the bus pulls up at the next rally. And if there's not much room for nuance in a cable TV report, there's none in 140 characters, which means that even a well- articulated argument can (and almost certainly will) be reduced and distorted by the time it reaches the vast majority of voters who will pay attention. Rarely is any candidate willing to risk sudden implosion by actually thinking through the complex issues out loud, as the most talented politicians of Hart's day were accustomed to doing; it's safer to traffic in poll-tested, blandly comforting gibberish about "middle-class jobs" and "ending business as usual," which disturbs no one and does no harm. It's safer to tell yourself, as Joe Lockhart did, that you really don't need to cater to reporters anymore, because you can talk to your own email list directly instead. Candidates routinely complain that reporters never talk to them about the actual substance of governing, but the truth is that with few exceptions, when you ask them to do exactly that, their reflexive response is no.

At the heart of this changed dynamic, though, isn't merely a technological shift in the nation's media, but a cultural one. There was a time when politicians and the journalists who covered them, however adversarial their relationship might become at times, shared a basic sense of common purpose. The candidate's job was to win an argument about the direction of the country, and the media's job was to explain that argument and the tactics with which it was disseminated. Neither could succeed without the basic, if sometimes grudging, cooperation of the other, and often, as in the case of Hart and some of his older colleagues in the media, there existed a genuine trust and camaraderie. Modern media critics might deride these kinds of relationships as coziness or corruption, but there was a very real benefit to it for the voters, which was context. Reporters who really knew a politician could tell the difference between, say, a candidate who had misspoken from exhaustion and one who didn't know his facts. They could be expected to discern between a rank hypocrite, on one hand, and a candidate who had actually thought something through and adjusted his views, on the other.

In his engaging book The Eighteen-Day Running Mate, about Tom Eagleton's disastrous foray into national politics, Joshua Glasser describes how a bevy of reporters actually camped out in Eagleton's hotel suite so they could be there if McGovern called to offer him the number two spot on the ticket. (He did, and they were.) Later, when Eagleton's candidacy was in peril, a few reporters went down to the tennis courts at the lodge where they and McGovern were staying, because the nominee was playing a match and they wanted to ask him a few questions. McGovern invited them to ride back to the lodge with him so they could talk.

Glasser relays these scenes as if they were commonplace, and yet they jolted me when I read them; to someone who has covered multiple presidential campaigns in the modern era, it couldn't have sounded any more bizarre if he had reported that McGovern had personally murdered a reporter and disposed of the body. In today's political climate, even if I could somehow manage to find out where the candidate was spending his downtime, I wouldn't get within a hundred yards of that tennis court without being turned away, probably with a stern lecture. Today, even a phone call from someone like me requesting a routine interview mobilizes a phalanx of highly paid consultants whose job it is to deflect my questions and then, if they see any merit in having the candidate cooperate, to orchestrate and rehearse his responses.

"You didn't prep for a candidate's meeting with Jack Germond," Joe Trippi told me when we talked. "What you'd want is for a candidate to just have a beer with Germond and answer his questions, you know? And back then, frankly, most of them could." Now, Trippi told me bluntly, "No one would walk into an interview with you unprepped. I wouldn't let it happen."

That's largely because, beginning with Watergate and culminating in Gary Hart's unraveling, the cardinal objective of all political journalism had shifted, from a focus on agendas to a focus on narrow notions of character, from illuminating worldviews to exposing falsehoods. Whatever sense of commonality between candidates and reporters that existed in McGovern's day had, by the time my generation arrived on the scene, been replaced by a kind of entrenched cold war. We aspired chiefly to show politicians for the impossibly flawed human beings they were—a single-minded pursuit that reduced complex careers to isolated transgressions. As the former senator Bob Kerrey, who had been accused of war crimes in Vietnam after a distinguished career in public service, told me once: "We're not the worst thing we've ever done in our lives, and there's a tendency to think that we are." That quote, I thought, should have been posted on the wall of every newsroom in the country, just to remind us that it was true.

Predictably, politicians responded to all this with a determination to give us nothing that might aid in the hunt to expose them, even if it meant obscuring the convictions and contradictions that made them actual human beings. Both sides retreated to our respective camps, where we strategized about how to outwit and outflank the other, occasionally to our own benefit but rarely to the voters'.

Maybe this made our media a sharper guardian of the public interest against frauds and hypocrites. But it also made it hard for any thoughtful politician to offer arguments that might be considered nuanced or controversial. And, just as consequential, the post-Hart climate made it much easier for candidates who weren't especially thoughtful—who didn't have any complex understanding of governance, or even much affinity for it—to gain national prominence. When a politician could duck any real intellectual scrutiny simply by deriding the evident triviality of the media, when the status quo was to never say anything that required more than ten words' worth of explanation, then pretty much anyone could rail against the system and glide through the process without having to establish more than a passing familiarity with the issues. As long as you weren't delinquent on your taxes or having an affair with a stripper or engaged in some other form of rank duplicity, you could run as a "Tea Partier" or a "populist" without ever having to elaborate on what you actually believed or what you would do for the country.

All of which probably has some bearing on why, more than a quarter century after Hart disappeared from political life, both our elected leaders and our political media have fallen so far in the esteem of voters who judge both to be smaller than the country deserves. At the outset of Barack Obama's second term in office, only a quarter of Americans said they trusted government to do the right thing all or even most of the time, according to Pew Research polling. (That number later dropped after a series of self-manufactured budget crises in Congress.) Meanwhile, between 1997 and 2013, trust in the mass media fell almost ten points. Four decades after the legend of Woodward and Bernstein came into being, only 28 percent of Americans were willing to say that journalists contributed a lot to society's well-being—a showing that lagged behind almost every other professional group.