Addie, 85, tells the story of her life to her 22-year-old granddaughter, beginning in 1915, the year she found her voice and made friends who would help shape the course of her life. From the one-room tenement apartment she shared with her parents and two sisters, to the library group for girls she joins at a neighborhood settlement house, to her first, disastrous love affair, Addie recalls her adventures with a sense of humor and compassion for the naive girl she was.

NPR stories about The Boston Girl 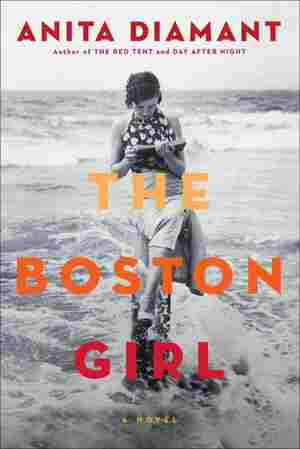 December 6, 2014 • Anita Diamant — who also authored The Red Tent — tells the story of Addie Baum in her latest novel. Baum is a Jewish girl, born in 1900 to immigrant parents in Boston's North End. 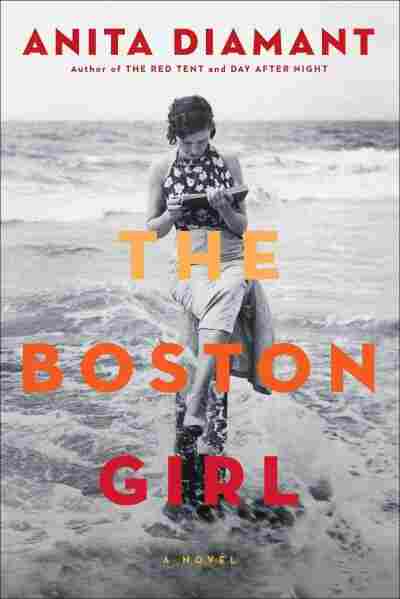 Ava, sweetheart, if you ask me to talk about how I got to be the woman I am today, what do you think I'm going to say? I'm flattered you want to interview me. And when did I ever say no to my favorite grandchild?

I know I say that to all of my grandchildren and I mean it every single time. That sounds ridiculous or like I'm losing my marbles, but it's true. When you're a grandmother you'll understand.

And why not? Look at the five of you: a doctor, a social worker, two teachers, and now you.

Of course they're going to accept you into that program. Don't be silly. My father is probably rolling over in his grave, but I think it's wonderful.

Don't tell the rest of them, but you really are my favorite and not only because you're the youngest. Did you know you were named after me?

It's a good story.

Everyone else is named in memory of someone who died, like your sister Jessica, who was named for my nephew Jake. But I was very sick when you were born and when they thought I wasn't going to make it, they went ahead and just hoped the angel of death wouldn't make a mistake and take you, Ava, instead of me, Addie. Your parents weren't that superstitious, but they had to tell everyone you were named after your father's cousin Arlene, so people wouldn't give them a hard time.

It's a lot of names to remember, I know.

Grandpa and I named your aunt Sylvia for your grandfather's mother, who died in the flu epidemic. Your mother is Clara after my sister Celia.

What do you mean, you didn't know I had a sister named Celia? That's impossible! Betty was the oldest, then Celia, and then me. Maybe you forgot.

Nobody told you? You're sure?

Well, maybe it's not such a surprise. People don't talk so much about sad memories. And it was a long time ago.

But you should know this. So go ahead. Turn on the tape recorder.

My father came to Boston from what must be Russia now. He took my sisters, Betty and Celia, with him. It was 1896 or maybe 1897; I'm not sure. My mother came three or four years later and I was born here in 1900. I've lived in Boston my whole life, which anyone can tell the minute I open my mouth.