Money, Politics, Backroom Deals, and the Fight to Fix Our Broken Healthcare System

Tells the story of the fight to pass and implement the Affordable Care Act, more popularly known as Obamacare. 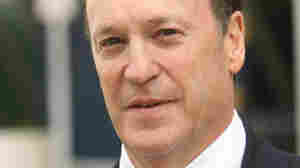 January 5, 2015 • Journalist Steven Brill's latest book critiques the Affordable Care Act, which he calls "unsustainable." In the next few years, "something is going to snap," he says. "We cannot pay for this."

I usually keep myself out of the stories I write, but the only way to tell this one is to start with the dream I had on the night of April 3, 2014.

Actually, I should start with the three hours before the dream, when I tried to fall asleep but couldn't because of what I thought was my exploding heart.

When I pushed the button for the nurse, she told me there was nothing wrong. She even showed me how to read the screen of the machine monitoring my heart so I could see for myself that all was normal. But she said she understood. A lot of patients in my situation imagined something was going haywire with their hearts when it wasn't. Everything was fine, she promised, and then gave me a seda­tive.

All might have looked normal on that monitor, but there was noth­ing fine about my heart. It had a time bomb appended to it. It could explode at any moment — tonight or three years from tonight --and kill me almost instantly. No heart attack. No stroke. I'd just be gone, having bled to death.

That's what had brought me to the fourth-floor cardiac surgery unit at New York-Presbyterian Hospital. The next morning I was having open-heart surgery to fix something called an aortic aneurysm.

It's a condition I had never heard of until a week before, when a routine checkup by my extraordinarily careful doctor had found it.

And that's when everything changed.

Until then, my family and I had enjoyed great health. I hadn't missed a day of work for illness in years. Instead, my view of the world of healthcare was pretty much centered on a special issue I had written for Time magazine a year before about the astronomical cost of care in the United States and the dysfunctions and abuses in our system that generated and protected those high prices.

For me, an MRI had been a symbol of profligate American healthcare—a high-tech profit machine that had become a bonanza for manufacturers such as General Electric and Siemens and for the hospitals and doctors who billed billions to patients for MRIs they might not have needed.

But now the MRI was the miraculous lifesaver that had found and taken a crystal clear picture of the bomb hiding in my chest. Now a surgeon was going to use that MRI blueprint to save my life.

Because of the reporting I had done for the Time article, until a week before, I had been like Dustin Hoffman's savant character in Rain Man—able and eager to recite all varieties of stats on how screwed up and avaricious the American healthcare system was.

We spend $17 billion a year on artificial knees and hips, which is 55 percent more than Hollywood takes in at the box office.

America's total healthcare bill for 2014 is $3 trillion. That's more than the next ten biggest spenders combined: Japan, Germany, France, China, the United Kingdom, Italy, Canada, Brazil, Spain, and Austra­lia. All that extra money produces no better, and in many cases worse, results.

There are 31.5 MRI machines per million people in the United States but just 5.9 per million in England.

Another favorite: We spend $85.9 billion trying to treat back pain, which is as much as we spend on all of the country's state, city, county, and town police forces. And experts say that as much as half of that is unnecessary.

We've created a system with 1.5 million people working in the health insurance industry but with barely half as many doctors pro­viding the actual care. And most do not ride the healthcare gravy train the way hospital administrators, drug company bosses, and imaging equipment salesmen do.

I liked to point out that Medtronic, which makes all varieties of medical devices—from surgical tools to pacemakers—is so able to charge sky-high prices that it enjoys nearly double the gross profit margin of Apple, considered to be the jewel of American high-tech companies.

And all of those high-tech advances—pacemakers, MRIs, 3-D mammograms—have produced an irony that epitomized how upside-down the healthcare marketplace is: This is the only industry where technology advances have increased costs instead of lowering them. When it comes to medical care, cutting-edge products are irresistible; they are used—and priced—accordingly.

And because we don't control the prices of prescription drugs the way every other developed country does, we typically spend 50 per­cent more on them than what people or governments everywhere else spend. Meanwhile, nine of the ten largest pharmaceutical companies in the world have signed settlement agreements with federal prosecu­tors, paying millions or even billions in criminal and civil penalties for violating laws involving kickbacks and illegal marketing of their prod­ucts. Nine out of ten.

To prove how healthcare had become an alternative-universe econ­omy amid a country struggling with frozen incomes and crushing deficits (much of it from healthcare spending), I could recite from memory how the incomes of drug and medical device industry execu­tives had continued to skyrocket even during the recession and how much more the president of the Yale New Haven Health System made than the president of Yale University.

I even knew the outsized salary of the guy who ran the supposedly nonprofit hospital where I was struggling to fall asleep: $3.58 million.

Which brings me to the dream I had when I finally got to sleep.

As I am being wheeled toward the operating room, a man in a finely tailored suit stands in front of the gurney, puts his hand up, and orders the nurses to stop. It's the hospital's CEO, the $3.58-million-a-year Steven Corwin. He, too, had read the much-publicized Time piece, only he hadn't liked it nearly as much as Jon Stewart, who had had me on his Daily Show to talk about it.

"We know who you are," he says. "And we are worried about whether this is some kind of undercover stunt. Why don't you go to another hospital?" I don't try to argue with him about gluttonous profits or salaries, or the back pain money, or the possibility that he was overusing his MRI or CT scan equipment. Instead, I swear to him that my surgery is for real and that I would never say anything bad about his hospital.

Remembering a bait and switch billing trick common at some hospitals that I had written about (though not this one, as far as the nondreaming me knew), I even blurt out, "I don't care if the anesthe­siologist isn't in [my insurance] network. Just please let me go in."

A week before, I could have given hospital bosses like him the sweats, making them answer questions about the dysfunctional health­care system they prospered from. Their salaries. The operating profits enjoyed by their nonprofit, non-tax-paying institutions. And most of all, the outrageous charges—$77 for a box of gauze pads or hundreds of dollars for a routine blood test—that could be found on what they called their "chargemaster," which was the menu of list prices they used to soak patients who did not have Medicare or private insurance. How could they explain those prices, I loved to ask, let alone explain charging them only to the poor and others without insurance, who could least afford to pay?

But now I am the one sweating. I beg Corwin to let me into his operating room so I can get one of his chargemasters. If one of the nurses peering over me as he stopped me at the door had suggested it, I'd have bought a year's supply of those $77 gauze pads.

I didn't care about the cost of the anesthesiologist, who the after­noon before had told me that her job was to keep my brain supplied with blood and oxygen during the three or four hours that they were going to stop my heart. Stop my heart? No one had told me about that.

In the next part of the dream, the gurney and I are about to go through the doors to the operating room when off to the left side I see two cheerful women at a card table under a sign that proclaims "Obamacare Enrollment Center. Sign Up Now Before It's Too Late. Preexisting Conditions Not a Problem."

Actually, on April 4, 2014, the morning of my surgery, it was al­ready four days too late to sign up for insurance under the Affordable Care Act, or Obamacare. Besides, I already had decent insurance. But at least that dream was more on point with what was happening in my real life. The day I found out about the time bomb in my chest, I was finishing reporting for a book about Obamacare and the fight over how to fix America's healthcare system.

In fact, on March 31, 2014, the day I was told about my aneurysm, I was awaiting the results of the final push by the Obama administra­tion to get people to enroll in the insurance exchanges established under Obamacare.