A man trapped inside a tanker truck during an illegal border crossing reflects on the trials of his life in Oaxaca and the events leading to his present circumstances while he and his fellow passengers desperately wait for rescue. A first novel by the award-winning author of The Golden Spruce.

NPR stories about The Jaguar's Children 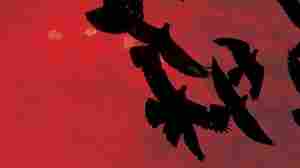 'The Jaguar's Children' Is Ripped From Heartbreaking Headlines

'The Jaguar's Children' Is Ripped From Heartbreaking Headlines 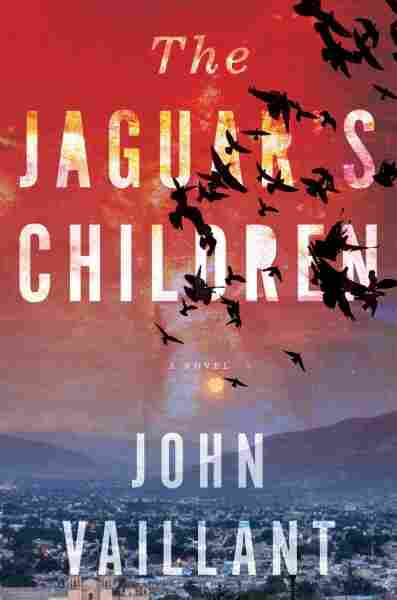 Thu Apr 5—08:31 [text]
hello i am sorry to bother you but i need your assistance—i am hector—cesars friend—its an emergency now for cesar—are you in el norte? I think we are also—arizona near nogales or sonoita—since yesterday we are in this truck with no one coming—we need water and a doctor—and a torch for cutting metal

Thu Apr 5—10:09 [text]
1 bar—something's broken—maybe from the lightning—the helicopter came again but doesn't stop—how do they not see us? Nothing going now

Thu Apr 5—10:26 [soundfile]
Hello? I hope this works. Still one bar only but I'm recording now and when the signal comes back I will send it in a file with all the details and the information from César. He is badly hurt, AnniMac??—??unconscious. I looked in his contacts for someone else, but the Mexican numbers won't work now, and you are the only one with an American code. I hope you are his friend. I know him from school, but I haven't seen him in many years. We've been together only a short time now to cross the border and already he gave me so many things. I have been telling him he's not alone, that I sent you messages and you're coming soon, that you will save us. I don't know if he hears, but in this darkness how will he know to live without a voice—some sign of life? So I talk to him, and to you also.
AnniMac, if you get these messages and come to look for us what you are looking for is a water truck—an old Dina. The tank is a big one—ten thousand liters and you will know it when you see an adobe-color truck that says on the side AGUA PARA USO HUMANO—Water for Human Use. But that doesn't mean you can drink it. This one is different because someone has painted J and R so it says now JAGUAR PARA USO HUMANO. I saw this in the garage before we loaded and I didn't know if it was graffiti or some kind of code, the secret language of coyotes, but then I was nervous to ask and later it was too late.

Thu Apr 5—10:34
It works. I made a soundfile. I will send it when the bars come back, and this one also. The coyotes told us it was a good idea to fill a water truck with people. A good way to get across. No one will know we are here because there is no way into the tank besides two small pipes in the back. The door on top is too small for a person, and they put a box inside with water so if the truck is stopped and searched by la Migra it will not look suspicious. This is what the coyotes told us, like they were describing special features on a new car. It is expensive to do it they said, and this is why we must pay extra, but only un poquito. They were talking fast all the time, but not as fast as their eyes.
Some things you want to know about coyotes—just like in the wild nature there are no fat ones and no old ones. They are young machos hoping one day to be something more—a heavy, a real chingón. But first they must do this thing—this taking across the border, and this is where they learn to be hard. Coyotes have another name also. Polleros. A pollero is a man who herds the chickens. There is no such thing really because chickens go where they want, but this is the name for these men. And we—the ones who want to cross—are the pollos. Maybe you know pollo is not a chicken running in the yard—gallina is the name for that.Pollo is chicken cooked on a plate—a dinner for coyotes. This is who is speaking to you now.
Besides me and César in here are thirteen others—nine men and four women, all of us from the south. Two are even from Nicaragua. I don't know how they can pay unless they are pandilleros because it is expensive to be in here. To fit us all in, a mechanic with a torch cut a hole in the belly of the tank. Then we climbed in, and with a welder he closed the hole again and painted it over. Inside is dark like you're blind with only the cold metal to sit on and so crowded you are always touching someone. There is a smell of rust and old water and the walls are alive with something that likes to grow in the wet and dark, something that needs much less air than a man.
I can touch the ceiling if I stand, but the tank is slippery from whatever is growing in here and I could hear people falling when they got in. Unless you are in the very back or the front, the walls are round so it is hard to sit. César and me were the last ones so we are in the back by the pipes and we have a straight wall. It is a good position and we must protect it, the same as the shoeshine man must protect his puesto on the plaza.
The promise made to us for thirty thousand pesos each—pesitos Lupo called them, like they were only small—the promise was to cross the border quickly between Sonoita and Nogales—no more than three hours, garantizado. Then drive straight to a warehouse where a compadre will cut the hole again and let us out. We will be safe there, he said, with water and gringo clothes and time to call our contacts. In the warehouse there is some kind of secret door with a place to meet the vans so we can leave invisible. These were the promises made to us.

All of us agreed to wait until this morning, until it got hot again, and then if the coyotes did not come back we would use the phones to call for help. No one wanted to do this. No one wants to see la Migra and be deported. We have traveled so far and paid so much. So we waited as long as we could—all day and all the night, but people are afraid now because we can die in here you know, and it is difficult to breathe.
There are four phones I know about—mine, César's, Naldo's and another guy from Veracruz with no more minutes who will not speak now. Naldo is a Mixtec kid from Puebla, maybe sixteen years old. He had some minutes, but he couldn't get a signal and then he used up his battery reading old text messages from his girlfriend, even though the Veracruzano told him not to. He has been crying a lot and this is bad for water conservation. Talking is not so good either, but to only wait is worse. Already it is more than thirty hours.