Intrepid young Sophie Straw navigates her transformation from provincial ingénue to television starlet amid a constellation of eccentric characters in 1960s London. 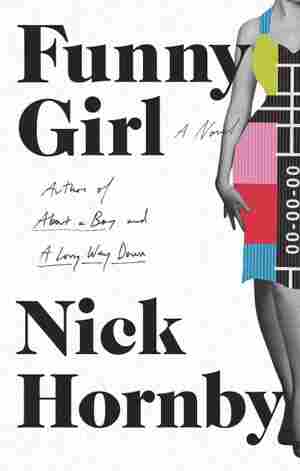 'Funny Girl' Is A Book Made For Binge-Watching

February 3, 2015 • Yes, you read that right. Nick Hornby's charming, light yet thoughtful tale of the creative team behind a fictional BBC sitcom in the 1960s takes the pejorative sting out of the word "heartwarming." 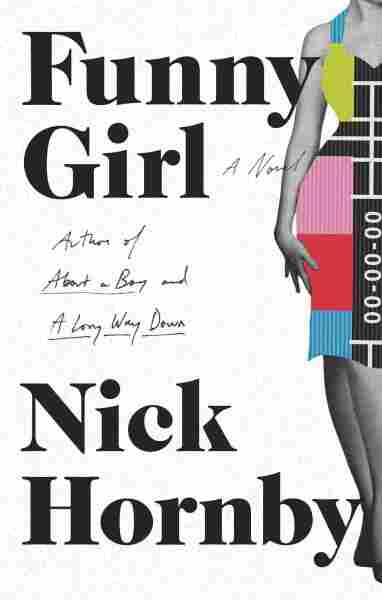 She didn't want to be a beauty queen, but as luck would have it, she was about to become one.

There were a few aimless minutes between the parade and the announcement, so friends and family gathered round the girls to offer congratulations and crossed fingers. The little groups that formed reminded Barbara of licorice Catherine wheels: a girl in a sugary bright pink or blue bathing suit at the center, a swirl of dark brown or black raincoats around the outside. It was a cold, wet July day at the South Shore Baths, and the contestants had mottled,
bumpy arms and legs. They looked like turkeys hanging in a butcher's window. Only in Blackpool, Barbara thought, could you win a beauty competition looking like this.

Barbara hadn't invited any friends, and her father was refusing to come over and join her, so she was stuck on her own. He just sat there in a deck chair, pretending to read the Daily Express. The two of them would have made a tatty, half-eaten Catherine wheel, but even so, she would have appreciated the company. In the end, she went over to him. Leaving the rest of the girls behind made her feel half naked and awkward, rather than glamorous and poised, and she had to walk past a lot of wolf-whistling spectators. When she reached her father's spot at the shallow end, she was probably fiercer than she wanted to be.

"What are you doing, Dad?" she hissed.

The people sitting near him, bored, mostly elderly holidaymakers, suddenly went rigid with excitement. One of the girls! Right in front of them! Telling her father off!

"Why wouldn't you come and see me?"

He stared at her as if she'd asked him to name the mayor of Timbuktu.

"Didn't you see whateveryone else was doing?"

"What makes you so different?"

"A single man, running . . . amok in the middle of a lot of pretty girls wearing not very much. I'd get locked up."

George Parker was forty-seven, fat, and old before he had any right to be. He had been single for over ten years, ever since Barbara's mother had left him for her manager at the tax office, and she could see that if he went anywhere near the other girls he'd feel all of these states acutely.

"Well, would you have to run amok?" Barbara asked. "Couldn't you just stand there, talking to your daughter?"

She tried not to blush, and failed. The holidaymakers within earshot had given up all pretense of knitting and reading the papers now. They were just gawping at her.

The truth was that she did know. The mayor had come over to her, whispered "Well done" in her ear, and patted her discreetly on the bottom.

"Come off it. You're miles prettier than all the others. Tons."

For some reason, and even though this was a beauty contest, her superior beauty seemed to irritate him. He never liked her showing off, even when she was making her friends and family laugh with some kind of routine in which she portrayed herself as dim or dizzy or clumsy. It was still showing off. Today, though, when showing off was everything, the whole point, she'd have thought he might forgive her, but no such luck. If you had to go and enter a beauty pageant, he seemed to be saying, you might at least have the good manners to look uglier than everyone else.

She pretended to hear parental pride, so as not to confuse her audience.

"It's a wonderful thing, a blind dad," she said to the gawpers. "Every girl should have one."

It wasn't the best line, but she'd delivered it with a completely straight face, and she got a bigger laugh than she deserved. Sometimes surprise worked and sometimes people laughed because they were expecting to. She understood both kinds, she thought, but it was probably confusing to people who didn't take laughter seriously.

He turned around and widened his eyes at anyone showing any interest.

"Dad, you've got to stop doing that," said Barbara. "It frightens people, a blind man goggling away."

The old lady in the next deckchair along began to clap, uncertainly, as if George had just that second been cured of a lifelong affliction, or was performing some kind of clever magic trick.

"How would I know that, if I was blind?"

Barbara could see that he was beginning to enjoy himself. Very occasionally he could be persuaded to play the straight man in a double act, and he might have gone on describing what he could see forever, if the mayor hadn't stepped up to the microphone and cleared his throat.

It was Auntie Marie, her father's sister, who suggested that she should go in for Miss Blackpool. Marie came round for tea one Saturday afternoon, because she happened to be passing, and casually dropped the competition into the conversation, and—a sudden thought—asked her why she'd never had a go, while her dad sat there nodding his head and pretending to be thunderstruck by the brilliance of the idea. Barbara was puzzled for the first minute or two, before she realized that the two of them had cooked up a plan. The plan, as far as she could work out, was this: Barbara entered the pageant, won it and then forgot all about moving to London, because there'd be no need. She'd be famous in her own hometown, and who could want for more? And then she could have a go at Miss UK, and if that didn't work out she could just think about getting married, when there would be another coronation, of sorts. (And that was a part of the beauty pageant plan too, Barbara was sure. Marie was quite sniffy about Aidan, thought she could do much better, or much richer, anyway, and beauty queens could take their pick. Dotty Harrison had married a man who owned seven carpet shops, and she'd only come third.)