When his farewell departure for World War II is shattered by an act of violence involving an escaped German soldier, bombardier Frankie Washburn witnesses the unfolding of consequences that reverberate for several years. 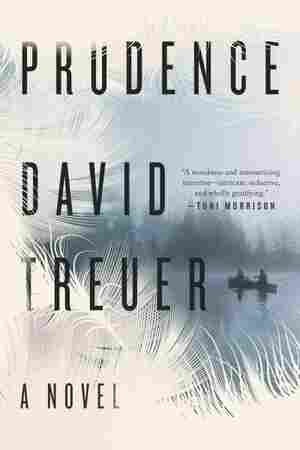 February 23, 2015 • Native American writer David Treuer bases the World War II camp for German prisoners on a real-life one that existed near the village of Bena, Minn., on the Leech Lake Reservation where he grew up.

February 4, 2015 • David Treuer's story of death and discord on an Indian reservation could have blundered into melodrama. Instead, the book dodges this fate by retracing its steps, revealing new depths each time.

Everyone remembers that day in August 1951 when the Jew arrived on the reservation.

In later years the Indians would sometimes wonder idly at the strange fact of his arrival, and his departure on the first train to Minneapolis the next morning. But the Jew was forgotten that day, until then a day like any other; hot and muggy and filled mostly with the thrum of wind-plucked power lines and the crack of grasshoppers lifting out of the sand and spent grass. The Jew stepped off the train and into the thoughts of the villagers, and he exited the station and their minds just as quickly, because an hour or two after the train groaned to a stop one of the hotel maids found Prudence's body in the room above the Wigwam Bar. And then there was that. Her poor young body arched and twisted and frozen in the August heat. And Prudence's baby, too, whom no one saw alive, not even Prudence, in its little cathedral of blood. And there was that, too.

Not long after the maid found her, the sheriff had come. After him the coroner. Then Felix and Billy, separately. Soon, everyone in the village, Indian and white and in-between, had gathered outside the hotel, and in front of the hardware store, and the grocer's, on the platform that served the depot, and in The Wigwam itself. Since the village didn't consist of more than those small stores and the hundred or so Indians and loggers whose houses clustered around the railroad tracks, the gathering didn't look like much.

It was, as dramatic events go, quiet. There wasn't much fuss when her body was loaded onto a canvas stretcher, covered with a white sheet, and handed down the narrow stairs like a ham in paper. The passage of Prudence's body from the apartment above the Wigwam was performed with the solemnity of the viaticum. No one raised a fuss, even though she was twenty-three and pregnant and alone, and now dead. It just wasn't that kind of village. And northern Minnesota wasn't that kind of place. Besides, it was 1951 and there was a war on. The world was much too big to worry itself about a dead Indian girl. No one wondered, really, what had happened or why, in the way people who aren't accustomed to being wondered about discover they dislike thinking about themselves. It was too hot, in any event, to do more than sit and shake one's head. No. It was much better not to think of Prudence at all.