A Brief History of Humankind

This narrative history of humanity's creation and evolution explores how biology and history have defined understandings of what it means to be human, detailing the role of modern cognition in shaping the ecosystem, civilizations and more. 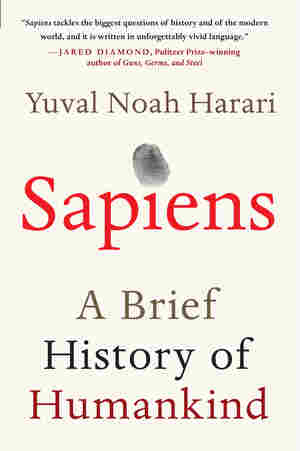 About 13.5 billion years ago, matter, energy, time and space came into being in what is known as the Big Bang. The story of these fundamental features of our universe is called physics.

About 300,000 years after their appearance, matter and energy started to coalesce into complex structures, called atoms, which then combined into molecules. The story of atoms, molecules and their interactions is called chemistry.

About 3.8 billion years ago, on a planet called Earth, certain molecules combined to form particularly large and intricate structures called organisms. The story of organisms is called biology.

About 70,000 years ago, organisms belonging to the species Homo sapiens started to form even more elaborate structures called cultures. The subsequent development of these human cultures is called history.

There were humans long before there was history. Animals much like modern humans first appeared about 2.5 million years ago. But for countless generations they did not stand out from the myriad other organisms with which they shared their habitats.

On a hike in East Africa 2 million years ago, you might well have encountered a familiar cast of human characters: anxious mothers cuddling their babies and clutches of carefree children playing in the mud; temperamental youths chafing against the dictates of society and weary elders who just wanted to be left in peace; chest-thumping machos trying to impress the local beauty and wise old matriarchs who had already seen it all. These archaic humans loved, played, formed close friendships and competed for status and power – but so did chimpanzees, baboons and elephants. There was nothing special about humans. Nobody, least of all humans themselves, had any inkling that their descendants would one day walk on the moon, split the atom, fathom the genetic code and write history books. The most important thing to know about prehistoric humans is that they were insignificant animals with no more impact on their environment than gorillas, fireflies or jellyfish.

Biologists classify organisms into species. Animals are said to belong to the same species if they tend to mate with each other, giving birth to fertile offspring. Horses and donkeys have a recent common ancestor and share many physical traits. But they show little sexual interest in one another. They will mate if induced to do so – but their offspring, called mules, are sterile. Mutations in donkey DNA can therefore never cross over to horses, or vice versa. The two types of animals are consequently considered two distinct species, moving along separate evolutionary paths. By contrast, a bulldog and a spaniel may look very different, but they are members of the same species, sharing the same DNA pool. They will happily mate and their puppies will grow up to pair off with other dogs and produce more puppies.

Species that evolved from a common ancestor are bunched together under the heading 'genus' (plural genera). Lions, tigers, leopards and jaguars are different species within the genus Panthera. Biologists label organisms with a two-part Latin name, genus followed by species. Lions, for example, are called Panthera leo, the species leo of the genus Panthera. Presumably, everyone reading this book is a Homo sapiens – the species sapiens (wise) of the genus Homo (man).

Genera in their turn are grouped into families, such as the cats (lions, cheetahs, house cats), the dogs (wolves, foxes, jackals) and the elephants (elephants, mammoths, mastodons). All members of a family trace their lineage back to a founding matriarch or patriarch. All cats, for example, from the smallest house kitten to the most ferocious lion, share a common feline ancestor who lived about 25 million years ago.

Homo sapiens, too, belongs to a family. This banal fact used to be one of history's most closely guarded secrets. Homo sapiens long preferred to view itself as set apart from animals, an orphan bereft of family, lacking siblings or cousins, and most importantly, without parents. But that's just not the case. Like it or not, we are members of a large and particularly noisy family called the great apes. Our closest living relatives include chimpanzees, gorillas and orang-utans. The chimpanzees are the closest. Just 6 million years ago, a single female ape had two daughters. One became the ancestor of all chimpanzees, the other is our own grandmother.