Accessibility links
It's What I Do NPR coverage of It's What I Do: A Photographer's Life of Love and War by Lynsey Addario. News, author interviews, critics' picks and more.

A Photographer's Life of Love and War

A photojournalist documents her relentless pursuit of complex truths in the years after Sept. 11, describing her witness to the American invasion of Afghanistan and the lives of people before and after Taliban reign.

NPR stories about It's What I Do 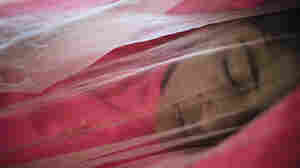 Hana naps under a mosquito net in her tent in an informal settlement for Syrian refugees in Lebanon, where she lives with her family. She had spent a long morning picking cucumbers with other refugees in the Bekaa Valley. August 2015 Lynsey Addario hide caption

October 25, 2018 • The award-winning photographer tells the stories behind the profoundly moving images in her new book, Of Love & War — and confesses that she still gets nervous before a new assignment. 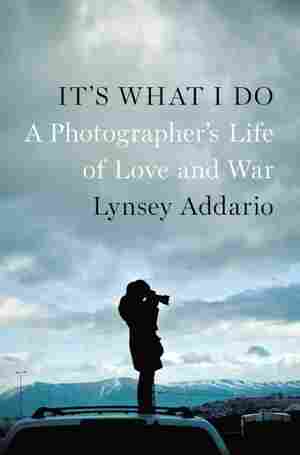 February 11, 2015 • Lynsey Addario was taken captive in 2011 while covering Libya's civil war. With a gun to her head, she says, she was thinking, "Will I ever get my cameras back?"

Excerpt: It's What I Do

In the perfect light of a crystal-clear morning, I stood outside a putty colored cement hospital near Ajdabiya, a small city on Libya's northern coast, more than five hundred miles east of Tripoli. Several other journalists and I were looking at a car that had been hit during a morning air strike. Its back window had been blown out, and human remains were splattered all over the backseat. There was part of a brain on the passenger seat; shards of skull were embedded in the rear parcel shelf. Hospital employees in white medical uniforms carefully picked up the pieces and placed them in a bag. I picked up my camera to shoot what I had shot so many times before, then put it back down, stepping aside to let the other photographers have their turn. I couldn't do it that day.

It was March 2011, the beginning of the Arab Spring. After Tunisia and Egypt erupted into unexpectedly euphoric and triumphant revolutions against their longtime dictators — millions of ordinary people shouting and dancing in the streets in celebration of their newfound freedom — Libyans revolted against their own homegrown tyrant, Muammar el-Qaddafi. He had been in power for more than forty years, funding terrorist groups across the world while he tortured, killed, and disappeared his fellow Libyans. Qaddafi was a maniac.

I hadn't covered Tunisia and Egypt, because I was on assignment in Afghanistan, and it had pained me to miss such important moments in history. I wasn't going to miss Libya. This revolution, however, had quickly become a war. Qaddafi's famously thuggish foot soldiers invaded rebel cities, and his air force pounded fighters in skeletal trucks.

We journalists had come without flak jackets. We hadn't expected to need our helmets. My husband, Paul, called. We tried to talk once a day while I was away, but my Libyan cell phone rarely had a signal, and it had been a few days since we'd spoken.

"Hi, my love. How are you doing?" He was calling from New Delhi.

"I'm tired," I said. "I spoke with David Furst"—my editor at the New York Times—"and asked if I could start rotating out in about a week. I'll head back to the hotel in Benghazi this afternoon and try to stick around there until I pull out. I'm ready to come home." I tried to steady my voice. "I'm exhausted. I have a bad feeling that something is going to happen."

I didn't tell him that the last few mornings I had woken up reluctant to get out of bed, lingered too long over my instant coffee as my colleagues and I prepared our cameras and loaded our bags into our cars.

While covering war, there were days when I had boundless courage and there were days, like these in Libya, when I was terrified from the moment I woke up. Two days earlier I had given a hard drive of images to another photographer to give to my photo agency in case I didn't survive. If nothing else, at least my work could be salvaged.

"You should go back to Benghazi," Paul said. "You always listen to your instincts."

When I arrived in Benghazi two weeks earlier, it was a newly liberated city, a familiar scene to me, like Kirkuk after Saddam or Kandahar after the Taliban. Buildings had been torched, prisons emptied, a parallel government installed. The mood was happy. One day I visited some men who had gathered in town for a military training exercise. It resembled a Monty Python skit: Libyans stood at attention in strict configurations or practiced walking like soldiers or gaped at a pile of weapons in bewilderment. The rebels were just ordinary men — doctors, engineers, electricians — who had thrown on whatever green clothes or leather jackets or Converse sneakers they had in their closet and jumped in the backs of trucks loaded with Katyusha rocket launchers and rocket-propelled grenades. Some men lugged rusty Kalashnikovs; others gripped hunting knives. Some had no weapons at all. When they took off down the coastal road toward Tripoli, the capital city, still ruled by Qaddafi, journalists jumped into their boxy four-door sedans and followed them to what would become the front line.

We traveled alongside them, watched them load ammunition, and waited. Then one morning, one of the first days on that lonely strip of highway, a helicopter gunship suddenly swooped down low over our heads and unleashed a barrage of bullets, spitting at us indiscriminately. The gaggle of fighters shot up the air with Kalashnikovs. One boy threw a rock; another, his eyes wild with terror, ran for a sand berm. I ducked beside the front of a tin-can car and took a picture of him and knew this would be a different kind of war.

The front line moved along a barren road surrounded by sand that stretched flat to the blue horizon. Unlike in the wars in Iraq and Afghanistan, there were no bunkers to jump into, no buildings to hide behind, no armored Humvees in which to crouch down on the floor. In Libya, when we heard the hum of a warplane, we went through the motions: We stopped, looked up, and cowered in anticipation of rounds of ammunition or bombs and tried to guess where they would land. Some people lay on their backs; some people covered their heads; some people prayed; and some people ran, just to run, even if it was to nowhere. We were always exposed to the massive Mediterranean sky.

I had been a conflict photographer for more than ten years and had covered war in Afghanistan, Iraq, Sudan, the Democratic Republic of the Congo, and Lebanon. I had never seen anything as scary as Libya. The photographer Robert Capa once said, "If your pictures aren't good enough, you're not close enough." In Libya, if you weren't close enough, there was nothing to photograph. And once you got close enough, you were in the line of fire. That week I watched some of the best photojournalists in the business, veterans of Chechnya and Afghanistan and Bosnia, leave almost immediately after those first bombs fell. "It's not worth it," they said. There were several moments when I, too, thought to myself, This is insane. What am I doing? But there were other days when I felt that familiar exhilaration, when I thought, I am actually watching an uprising unfold. I am watching these people fighting to the death for their freedom. I am documenting the fate of a society that has been oppressed for decades. Until you get injured or shot or kidnapped, you believe you are invincible. And it had been a few years since anything had happened to me.

The other journalists were leaving the scene at the hospital. I knew it was time to return to the front line. The sounds of war echoed in the distance—shelling, antiaircraft fire, ambulance sirens. I didn't want Paul to hear the noise. "Baby, I have to go. I'll see you soon, my love. Love you."

Long ago I learned that it is cruel to make loved ones worry about you. I tell them only what they need to know: where I am, where I am going, and when I am coming home.