Offers a broad examination of the subject of longevity, looking at the current scientific understanding of aging, as well as simple things people can do to promote longevity and common myths, misconceptions and scams. 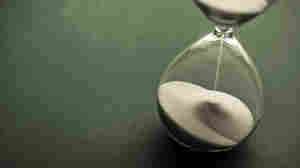 In his final moments of consciousness, as the young scientist crumpled to the laboratory floor, he may have realized that perhaps covering himself with varnish was not the best idea he had ever had, experiment-wise. But he was a man of science, and curiosity could be a cruel mistress.

He had been wondering for a while about the function of human skin, so durable and yet so delicate, so sensitive to burns from sun and flame, and so easily sliced open by knives much less sharp than his surgeon's blades. What would happen, he wondered, if you covered it all up?

So, on what was otherwise a slow day at the lab, at the Medical College of Virginia in genteel Richmond, Virginia, in the spring of 1853, Professor Charles Edouard Brown-Séquard — native of Mauritius, citizen of Britain, late of Paris (via Harvard) — stripped off all his clothes and went to work on himself with a paintbrush and a pail of top-quality flypaper varnish. It didn't take long before he had coated every square inch of his naked body with the sticky liquid.

This was still an era when a scientist's primary guinea pig was generally himself. In one experiment, the thirty-six-year-old Brown-Séquard had lowered a sponge into his own stomach to sample the digestive juices within, which caused him to suffer gastric reflux for the rest of his life. Such practices distinguished him as "by far the most picturesque member of our faculty," as one of his students would later recall.

The varnish episode would only add to his legend. By the time a random student happened to stumble across him, the professor was huddled in a corner of his lab, trembling and apparently near death. His body was so brown that it took a moment for the student to realize that he was not a wayward slave. Thinking quickly, the young man frantically began to scrape off the brown gunk, only to receive a tongue-lashing from the victim, who was furious that "some obtrusive individual [had] extracted him from the corner into which the varnish had tumbled him, and, just as he was fetching his last gasp, maliciously sandpapered him off."

Thanks to that quick-witted medical student, though, Brown-Séquard would go on to become one of the greatest scientists of the nineteenth century. Today he is remembered as a father of endocrinology, the study of glands and their hormones. As if that were not enough, he made major contributions to our understanding of the spinal cord; a particular type of paralysis is still called Brown-Séquard syndrome. Yet he was far from an ivory-tower academic. He once spent months battling a deadly cholera epidemic on his native Mauritius, a lonely archipelago in the middle of the Indian Ocean. True to form, he intentionally infected himself with the disease by swallowing the vomit of patients, in order to test a new treatment on himself. (That nearly killed him, too.)

His Richmond professorship did not last the year; the French-man's eccentric ways and darkish skin proved too much for the Southern capital, so he moved back to Paris, to spend the remainder of his career shuttling between France and the United States. All told, he spent six years of his life at sea, which would have made his late sea-captain father proud. Yet despite his near-constant state of motion, he could not outrace old age. By his sixties, Brown-Séquard had fetched up once more in Paris, as a professor at the Collège de France. His friends included Louis Pasteur, as in pasteurization, and Louis Agassiz, one of the forefathers of American medicine. The poor orphan from far Mauritius was inducted into the French Legion of Honor in 1880, followed by a slew of other prestigious prizes, culminating with his election as president of the Société de Biologie in 1887, confirming his status as one of the leading men in French science.

He was seventy years old by then, and he was tired. Over the previous decade, he had noticed certain changes overtaking his body, none of them good. He had always buzzed with frenetic energy, bounding up and down stairs, talking a mile a minute, then interrupting himself to scribble down his latest brilliant idea on the nearest scrap of paper, which would vanish into a pocket. He slept just four or five hours a night, often beginning his workday at his writing desk at three in the morning. It has been suggested, by his biographer Michael Aminoff, that he may have been bipolar.

But now his once-boundless vigor seemed to have abandoned him. He had evidence, too, because he had long kept track of his body, measuring things like the strength of his muscles and keeping careful records. In his forties, he had been able to lift a 110-pound weight with one arm. Now the best he could do was eighty-three pounds. He got tired quickly, yet he slept poorly if at all, and he was tormented by constipation. So naturally, being the scientist he was, he decided to try to fix the problem.

On June 1, 1889, Professor Brown-Séquard stood before the Société de Biologie and delivered a keynote address that would forever change his career, his reputation, and popular attitudes toward aging. In the talk, he reported on a stunning experiment that he had performed: He had injected himself with a liquid made from the mashed‑up testicles of young dogs and guinea pigs, which he had augmented with testicular blood and semen.

His idea was simply that something in younger animals — specifically, in their genitals — seemed to give them their youthful vigor. Whatever that was, he wanted some. After a three-week cycle of injections, he reported a dramatic turnaround: "To the great astonishment of my principal assistants," he claimed, "I was able to make experiments for several hours while standing up, feeling no need whatever to sit down."

There were other benefits. His strength seemed to have returned, as his tests confirmed: Now he could hoist a hundred-pound weight, a significant improvement, and he was once again able to write late into the evenings without fatigue. He even went so far as to measure his "jet of urine," and found that it now traveled 25 percent farther than it had prior to the injections. With regard to his constipation issues, he noted proudly that "the power I long ago possessed had returned."

His colleagues in the audience were torn between horror and embarrassment. Extract of ... dog testicles? Had he gone mad in his old age? Later, one of his colleagues sniped that Brown-Séquard's outlandish experiment had proved only "the necessity of retiring professors who have attained their threescore and ten."

Undeterred, he made his magic mixture (now fashioned from the testes of bulls) available for free to other doctors and scientists, in the hope they could repeat his results, which some did. The reviews from his peers were still scathing. Harrumphed one Manhattan MD in the pages of the Boston Globe, "It is a return to the medical systems of the middle ages."

Outside the halls of academe, though, Brown-Séquard became an instant hero. Almost overnight, mail-order entrepreneurs began selling "Séquard's Elixir Of Life": twenty-five injections for $2.50, using the good doctor's name but with no other connection to him. The newspapers, predictably, had a field day; at last, they could print the phrase testicular liquid. A professional baseball player, Jim "Pud" Galvin of Pittsburgh, openly used the elixir in the hope that it would help him pitch better against Boston — the first recorded modern use of a performance-enhancing substance by an athlete. The old professor was even feted in a popular song:

The latest sensation's the Séquard Elixir

That's making young kids of the withered and gray

There'll be no more pills or big doctor bills,

Or planting of people in churchyard clay.

Sadly, this last line proved to be wishful thinking: On April 2, 1894, five years after his address to the Société de Biologie, Charles Edouard Brown-Séquard was dead, six days shy of his seventy-seventh birthday. Despite his fame, he had not profited one franc from his elixir. And while his fellow scientists ultimately concluded that the miraculous revival that Brown-Séquard had attributed to his "orchitic liquid" was due to little more than a placebo effect, he had kicked off a rejuvenation craze that seemed to cause even the most rational men and women to lose their minds.

The next fad was something called the Steinach operation, which promised to restore a man's vitality but really amounted to nothing more than an ordinary vasectomy. It nevertheless became hugely popular among the male intelligentsia of Europe, including the poet William Butler Yeats, who at sixty-nine had married a twenty-seven-year-old; even Sigmund Freud, so attuned to phallic states, pronounced himself satisfied with the results.

In the United States, rejuvenation fever exploded in the 1920s, when a patent-medicine salesman named John Brinkley popularized an operation that basically involved implanting fresh goat testicles into the scrota of worn-out middle-aged men. Brown-Séquard had actually tried similar experiments on dogs back in the 1870s, but even he hadn't dared try a cross-species transplant. Brinkley had no such qualms, perhaps because he was unencumbered by an actual medical education. He did, however, own a radio station, and he broadcast nonstop testimonials about the wonders of the operation, in between performances by the Carter Family and even a young Elvis Presley.

Over the decades, he operated on thousands of patients, making himself one of the richest men in America. Meanwhile, dozens of people died on his operating table, and hundreds more were left crippled or maimed by his clumsy surgeries. And still they kept flocking to him: the tired, the worn-out, the flagging, impotent, aging men of America, and even a few brave women, desperate for one more chance at youth.

They had no idea how lucky they were, just to be alive.