The Making of a Carpenter

Combining sage advice from Ovid and Mary Oliver with practical descriptions of tools and varieties of wood, the author, who quit her desk job to become a carpenter, shares the joys and frustrations of learning to make things by hand in an occupation that is 99 percent male. 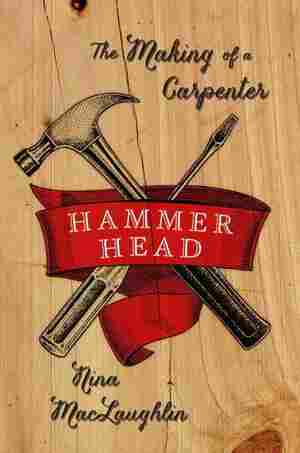 How do we decide what's right for our own lives? A close friend posed this question to me, and it echoes often in my head. What shape do we want our lives to take, and, if we've had the fortune to figure that out, how do we go about constructing that life? In Ovid's Metamorphoses, the gods are the reigning agents of change, and repeatedly "give and take away the form of things." People are transformed into owls, bears, horses, newts, stones, birds, and trees. Without the gods to guide us, to cast their spells of transformation, how do we become something other than we were?

I used to be a journalist. Now I work as a carpenter. The transformation, like the renovation of a kitchen, happened first in big bashing crashes and now has slowed as it gets closer to complete. In college, I studied English and Classics and engaged in the abstractions of ancient history and literary theory. A journalism job followed, and with it, continued interaction with intangibles (the Internet, ideas, telling stories with words). The world around me, material reality — the floors and cabinets, the tables, decks, and bookcases — all of it was real enough to knock or kick, but it was an afterthought, taken for granted, obscured by the computer's glow. After nearly a decade working at a desk in front of a screen, I longed to engage with the tangible, to do work that resulted in something I could touch. I grew more interested in making a desk than sitting at one.

In the Metamorphoses, mortals are transformed by the gods for two reasons: to punish and to save. My shift from journalist to carpenter was neither punishment nor salvation. It was an unexpected veering, a welcome re-forming. Under the guidance of my boss Mary, a carpenter and unexpected mentor, I've been given entry into the material world. I've watched, again and again, as one thing becomes something else — the way a seed becomes a tree becomes a board becomes a bookshelf. For people, such transformations are subtler, and perhaps more difficult to achieve. We cannot take a hacksaw to our habits, after all. But as Ovid writes, "By birth we mean beginning to re-form, a thing's becoming other than it was." This book is a story, a simple one, of things becoming other than they were. It's a story, like all of them, of transformation.