NPR stories about A Little Life 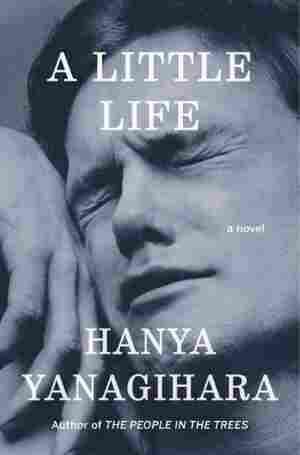 'A Little Life': An Unforgettable Novel About The Grace Of Friendship

'A Little Life': An Unforgettable Novel About The Grace Of Friendship 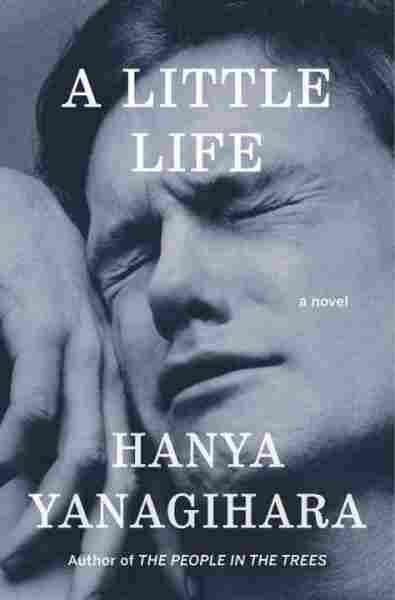 The eleventh apartment had only one closet, but it did have a sliding glass door that opened onto a small balcony, from which he could see a man sitting across the way, outdoors in only a T-shirt and shorts even though it was October, smoking. Willem held up a hand in greeting to him, but the man didn't wave back.

In the bedroom, Jude was accordioning the closet door, opening and shutting it, when Willem came in. "There's only one closet," he said.

"That's okay," Willem said. "I have nothing to put in it anyway." "Neither do I." They smiled at each other. The agent from the

building wandered in after them. "We'll take it," Jude told her.

But back at the agent's office, they were told they couldn't rent the apartment after all. "Why not? " Jude asked her.

"You don't make enough to cover six months' rent, and you don't have anything in savings," said the agent, suddenly terse. She had checked their credit and their bank accounts and had at last realized that there was something amiss about two men in their twenties who were not a couple and yet were trying to rent a one-bedroom apartment on a dull (but still expensive) stretch of Twenty-fifth Street. "Do you have anyone who can sign on as your guarantor? A boss? Parents? "

The agent sighed. "Then I suggest you lower your expectations. No one who manages a well-run building is going to rent to candidates

with your financial profile." And then she stood, with an air of finality, and looked pointedly at the door.

When they told JB and Malcolm this, however, they made it into a comedy: the apartment floor became tattooed with mouse droppings, the man across the way had almost exposed himself, the agent was upset because she had been flirting with Willem and he hadn't reciprocated. "Who wants to live on Twenty-fifth and Second anyway," asked JB. They were at Pho Viet Huong in Chinatown, where they met twice a month for dinner. Pho Viet Huong wasn't very good—the pho was curi- ously sugary, the lime juice was soapy, and at least one of them got sick after every meal—but they kept coming, both out of habit and necessity. You could get a bowl of soup or a sandwich at Pho Viet Huong for five dollars, or you could get an entrée, which were eight to ten dollars but much larger, so you could save half of it for the next day or for a snack later that night. Only Malcolm never ate the whole of his entrée and never saved the other half either, and when he was finished eating, he put his plate in the center of the table so Willem and JB -- who were

always hungry -- could eat the rest.

"Of course we don't want to live at Twenty-fifth and Second, JB," said Willem, patiently, "but we don't really have a choice. We don't have any money, remember? "

"I don't understand why you don't stay where you are," said Mal- colm, who was now pushing his mushrooms and tofu—he always ordered the same dish: oyster mushrooms and braised tofu in a treacly brown sauce—around his plate, as Willem and JB eyed it.

"Well, I can't," Willem said. "Remember? " He had to have explained this to Malcolm a dozen times in the last three months. "Merritt's boyfriend's moving in, so I have to move out."

"Because it's Merritt's name on the lease, Malcolm!" said JB.

"Oh," Malcolm said. He was quiet. He often forgot what he consid- ered inconsequential details, but he also never seemed to mind when people grew impatient with him for forgetting. "Right." He moved the mushrooms to the center of the table. "But you, Jude—"

"I can't stay at your place forever, Malcolm. Your parents are going to kill me at some point."

"My parents love you."

Malcolm was the only one of the four of them who lived at home, and as JB liked to say, if he had Malcolm's home, he would live at home too. It wasn't as if Malcolm's house was particularly grand—it was, in fact, creaky and ill-kept, and Willem had once gotten a splinter simply by running his hand up its banister—but it was large: a real Upper East Side town house. Malcolm's sister, Flora, who was three years older than him, had moved out of the basement apartment recently, and Jude had taken her place as a short-term solution: Eventually, Malcolm's par- ents would want to reclaim the unit to convert it into offices for his mother's literary agency, which meant Jude (who was finding the flight of stairs that led down to it too difficult to navigate anyway) had to look for his own apartment.

And it was natural that he would live with Willem; they had been roommates throughout college. In their first year, the four of them had shared a space that consisted of a cinder-blocked common room, where sat their desks and chairs and a couch that JB's aunts had driven up in a U-Haul, and a second, far tinier room, in which two sets of bunk beds had been placed. This room had been so narrow that Malcolm and Jude, lying in the bottom bunks, could reach out and grab each other's hands. Malcolm and JB had shared one of the units; Jude and Willem had shared the other.

"It's blacks versus whites," JB would say. "Jude's not white," Willem would respond.

"And I'm not black," Malcolm would add, more to annoy JB than because he believed it.

"Well," JB said now, pulling the plate of mushrooms toward him with the tines of his fork, "I'd say you could both stay with me, but I think you'd fucking hate it." JB lived in a massive, filthy loft in Little Italy, full of strange hallways that led to unused, oddly shaped cul-de-sacs and unfinished half rooms, the Sheetrock abandoned mid-construction, which belonged to another person they knew from college. Ezra was an artist, a bad one, but he didn't need to be good because, as JB liked to remind them, he would never have to work in his entire life. And not only would he never have to work, but his children's children's children would never have to work: They could make bad, unsalable, worthless

art for generations and they would still be able to buy at whim the best oils they wanted, and impractically large lofts in downtown Manhattan that they could trash with their bad architectural decisions, and when they got sick of the artist's life—as JB was convinced Ezra someday would—all they would need to do is call their trust officers and be awarded an enormous lump sum of cash of an amount that the four of them (well, maybe not Malcolm) could never dream of seeing in their lifetimes. In the meantime, though, Ezra was a useful person to know, not only because he let JB and a few of his other friends from school stay in his apartment—at any time, there were four or five people burrowing in various corners of the loft—but because he was a good-natured and basically generous person, and liked to throw excessive parties in which copious amounts of food and drugs and alcohol were available for free. "Hold up," JB said, putting his chopsticks down. "I just realized— there's someone at the magazine renting some place for her aunt. Like,

just on the verge of Chinatown." "How much is it? " asked Willem.

"Probably nothing—she didn't even know what to ask for it. And she wants someone in there that she knows."

"Do you think you could put in a good word? "

"Better—I'll introduce you. Can you come by the office tomorrow?" Jude sighed. "I won't be able to get away." He looked at Willem. "Don't worry—I can. What time? "

Willem was still hungry, but he let JB eat the rest of the mushrooms. Then they all waited around for a bit; sometimes Malcolm ordered jackfruit ice cream, the one consistently good thing on the menu, ate two bites, and then stopped, and he and JB would finish the rest. But this time he didn't order the ice cream, and so they asked for the bill so they could study it and divide it to the dollar.