Reflections on the Intensity of Language

The celebrated writer, translator and television personality examines the poems and legacies of a range of 20th-century poets, from Hart Crane and Ezra Pound to Ted Hughes and Anne Sexton, while sharing views on how to read and appreciate modern poetry. 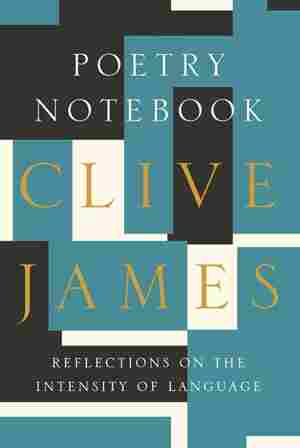 March 30, 2015 • Clive James was diagnosed with leukemia a few years ago. "There is a grief in all poetry," he writes in his latest book of essays. "Poetry holds itself together, and eventually we ourselves do not."

Listening to the flavour

Almost fifty years ago, Hart Crane was one of my starting points as a reader of modern poetry. He still is. But my admiration for him always led to a quarrel, and it still does. By now, I hope I can do a better job of framing the quarrel as an argument, instead of as one of those impatient snorts we give when we are drawn in but not convinced, put off but can't let go. The argument starts like this. If 'Voyages', one of the stand-out pieces in White Buildings, had maintained its show of coherence all the way to the end, it would have been a successful abstract poem sequence. It didn't have to make sense, but it did have to keep up its confident, even if drunkenly confident, tone: and it didn't. Or, to put Hart Crane back into the present tense which is his due, it doesn't. The show breaks down in section IV, where the second stanza seems to be beginning with its second line, a first line having apparently gone missing.

logically in this hour And region that is ours to wreathe

again, Portending eyes and lips and making told The

chancel port and portion of our June –

A textual crux that Crane might have designed specifically to help give his future scholars tenure, the phantom first line could have been a surmountable anomaly. (Plainly the narrative syntax is a put-up job throughout the poem, so any ellipsis is a hole in a mirage.) But the credibility drops to zero when we encounter 'Madly meeting logically'. In the first three sections of the poem there have been plenty of adverbs as self-consciously fancy as 'irrefragably'; and the main reason 'The chancel port and portion of our June' rings dead, apart from the exhausted wordplay of 'port and portion', is that we have met too many similar structures previously ('In these poinsettia meadows of her tides'). But 'Madly meeting logically' is too much. We might have forgiven the stanza's cargo of leaden echoes if the mad logical meeting had not forfeited our attention, as when a barroom war hero piles on that fatal implausible detail too many.

Excerpted from Poetry Notebook: Reflections on the Intensity of Language by Clive James. Copyright 2014 by Clive James. First American Edition 2015. With permission of the publisher, Liveright Publishing Corporation. All rights reserved.