The Road to Character

The Road to Character

The New York Times columnist and author of The Social Animal evaluates America's transition to a culture that values self-promotion over humility, explaining the importance of an engaged inner life in personal fulfillment.

NPR stories about The Road to Character 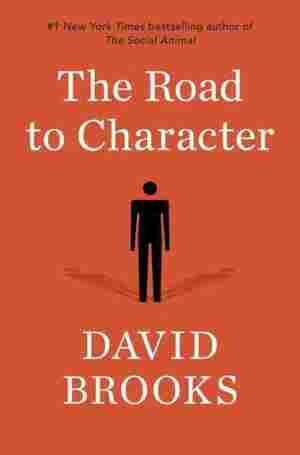 April 13, 2015 • The New York Times columnist wrote The Road to Character after seeing the gratitude for life of people who tutor immigrants. He thought, "I've achieved career success ... but I haven't achieved that."

Excerpt: The Road To Character

RECENTLY I'VE BEEN THINKING ABOUT THE DIFFERENCE BETWEEN the résumé virtues and the eulogy virtues. The résumé virtues are the ones you list on your résumé, the skills that you bring to the job mar­ket and that contribute to external success. The eulogy virtues are deeper. They're the virtues that get talked about at your funeral, the ones that exist at the core of your being — whether you are kind, brave, honest or faithful; what kind of relationships you formed.

Most of us would say that the eulogy virtues are more important than the résumé virtues, but I confess that for long stretches of my life I've spent more time thinking about the latter than the former. Our education system is certainly oriented around the résumé virtues more than the eulogy ones. Public conversation is, too — the self-help tips in magazines, the nonfiction bestsellers. Most of us have clearer strate­gies for how to achieve career success than we do for how to develop a profound character.

One book that has helped me think about these two sets of virtues is Lonely Man of Faith, which was written by Rabbi Joseph Soloveit­chik in 1965. Soloveitchik noted that there are two accounts of cre­ation in Genesis and argued that these represent the two opposing sides of our nature, which he called Adam I and Adam II.

Modernizing Soloveitchik's categories a bit, we could say that Adam I is the career-oriented, ambitious side of our nature. Adam I is the external, résumé Adam. Adam I wants to build, create, produce, and discover things. He wants to have high status and win victories.

Adam II is the internal Adam. Adam II wants to embody certain moral qualities. Adam II wants to have a serene inner character, a quiet but solid sense of right and wrong — not only to do good, but to be good. Adam II wants to love intimately, to sacrifice self in the service of others, to live in obedience to some transcendent truth, to have a cohesive inner soul that honors creation and one's own possibilities.

Soloveitchik argued that we live in the contradiction between these two Adams. The outer, majestic Adam and the inner, humble Adam are not fully reconcilable. We are forever caught in self-confrontation. We are called to fulfill both personae, and must master the art of liv­ing forever within the tension between these two natures.

The hard part of this confrontation, I'd add, is that Adams I and II live by different logics. Adam I — the creating, building, and discover­ing Adam — lives by a straightforward utilitarian logic. It's the logic of economics. Input leads to output. Effort leads to reward. Practice makes perfect. Pursue self-interest. Maximize your utility. Impress the world.

WE LIVE IN A CULTURE THAT NURTURES ADAM I, THE EXTERNAL ADAM, AND neglects Adam II. We live in a society that encourages us to think about how to have a great career but leaves many of us inarticulate about how to cultivate the inner life. The competition to succeed and win admiration is so fierce that it becomes all-consuming. The consumer marketplace encourages us to live by a utilitarian calculus, to satisfy our desires and lose sight of the moral stakes involved in every-day decisions. The noise of fast and shallow communications makes it harder to hear the quieter sounds that emanate from the depths. We live in a culture that teaches us to promote and advertise ourselves and to master the skills required for success, but that gives little encouragement to humility, sympathy, and honest self-confrontation, which are necessary for building character. If you are only Adam I, you turn into a shrewd animal, a crafty, self-preserving creature who is adept at playing the game and who turns everything into a game. If that's all you have, you spend a lot of time cultivating professional skills, but you don't have a clear idea of the sources of meaning in life, so you don't know where you should devote your skills, which career path will be highest and best. Years pass and the deepest parts of yourself go unexplored and unstructured. You are busy, but you have a vague anxiety that your life has not achieved its ultimate meaning and significance. You live with an unconscious boredom, not really loving, not really attached to the moral purposes that give life its worth. You lack the internal criteria to make unshakable commitments. You never develop inner constancy, the integrity that can withstand popular disapproval or a serious blow. You find yourself doing things that other people approve of, whether these things are right for you or not. You foolishly judge other people by their abilities, not by their worth. You do not have a strategy to build character, and without that, not only your inner life but also your external life will eventually fall to pieces. This book is about Adam II. It's about how some people have cultivated strong character. It's about one mindset that people through the centuries have adopted to put iron in their core and to cultivate a wise heart. I wrote it, to be honest, to save my own soul.

I was born with a natural disposition toward shallowness. I now work as a pundit and columnist. I'm paid to be a narcissistic blow­hard, to volley my opinions, to appear more confident about them than I really am, to appear smarter than I really am, to appear better and more authoritative than I really am. I have to work harder than most people to avoid a life of smug superficiality. I've also become more aware that, like many people these days, I have lived a life of vague moral aspiration — vaguely wanting to be good, vaguely want­ing to serve some larger purpose, while lacking a concrete moral vo­cabulary, a clear understanding of how to live a rich inner life, or even a clear knowledge of how character is developed and depth is achieved.

I've discovered that without a rigorous focus on the Adam II side of our nature, it is easy to slip into a self-satisfied moral mediocrity. You grade yourself on a forgiving curve. You follow your desires wher­ever they take you, and you approve of yourself so long as you are not obviously hurting anyone else. You figure that if the people around you seem to like you, you must be good enough. In the process you end up slowly turning yourself into something a little less impressive than you had originally hoped. A humiliating gap opens up between your actual self and your desired self. You realize that the voice of your Adam I is loud but the voice of your Adam II is muffled; the life plan of Adam I is clear, but the life plan of Adam II is fuzzy; Adam I is alert, Adam II is sleepwalking.

I wrote this book not sure I could follow the road to character, but I wanted at least to know what the road looks like and how other people have trodden it.