Making a Life of One's Own

A celebration of the pleasures and possibilities of unmarried womanhood celebrates the examples of such figures as Edna St. Vincent Millay, Edith Wharton and Ganna Walska while charting the slowly changing society attitudes toward women and marriage. 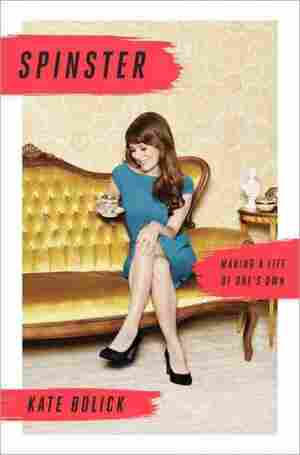 April 19, 2015 • Writer Kate Bolick says that, growing up, she just assumed she'd get married some day — but it hasn't happened. Her new book looks at five women who upend traditional assumptions about women's lives.

Whom to marry, and when will it happen—these two ques­tions define every woman's existence, regardless of where she was raised or what religion she does or doesn't practice. She may grow up to love women instead of men, or to decide she simply doesn't believe in marriage. No matter. These dual contingencies govern her until they're answered, even if the answers are nobody and never.

Men have their own problems; this isn't one of them.

Initially the question of whom to marry presents itself as play­acting, a child pulling a Snow White dress from a costume box and warbling the lyrics of "Someday My Prince Will Come" to her imaginary audience of soft-bottomed dwarfs. Beauty, she's gleaned, is her power and lure, a handsome groom her just reward.

Next she deduces that a flammable polyester gown with tulle underskirts does not an actual princess make, and that beauty is in the eye of the beholder—which is to say, she discovers her market value. For me it was the morning in second grade when I understood with a cold, sharp pang why I disliked gym class, even though I was the fastest runner and could do the most chin-ups. As our gym teacher, a man, led us toward the playground, I saw that he didn't playfully tease me the way he did my friends—the pretty ones. And so I learned, I am not pretty.

With puberty comes yet another opportunity for self-inventory. In fourth grade, I was second in my class to develop breasts, which I hid by wearing two heavy wool sweaters simultaneously all through an exceptionally warm spring—intuiting, rightly, that when the world saw what my body was up to I'd be thrust into a glare of visibility I wasn't prepared to meet.

Fifth grade: buck teeth. Sixth grade: braces. Seventh grade: popularity. I'd always found friendship easy, with boys and girls both; now I was also getting romantic attention and the two beams of social approval wove themselves into a crown. During class, my friends and I traded intricately folded notes about our crushes and practiced writing our someday surnames in fancy cursive letters. When I saw the high school girls' soccer team circled for warm-ups, one girl at center leading the stretches, I decided that some­day I, too, would be team captain.

Eighth grade brought with it hourglass proportions, which I learned while swimming in the pool at my grandparents' re­tirement complex in Florida. Two college boys appeared out of

nowhere, cannonballed into the water, then shot to the surface, wet heads gleaming. "Gotta protect that one," they leered, loudly enough so that my mother, reading on a lounge chair, could hear. I blushed with pleasure and shame—and the shame of pleasure. What did it mean? Later she explained my "nice figure."

And so the approach of ninth grade made me mournful and agitated. I suspected that thirteen was the last, outermost ring of the final stage of childhood, and that those idle diversions I'd never thought to question—long hours paging through picture books trying to spot an overlooked arm reaching out from the rubble of Pompeii, or "praying" to the Greek gods (the most plau­sible deities, I'd decided)—would soon seem immature, unsuitable. When I turned fourteen and began my freshman year in high school, I'd have to cede the private kingdom of my imaginary life to the demands of that larger empire, where the girls who were already drinking beer and having sex were writing new laws I didn't want to play by but couldn't ignore.

Braces and breasts—and so a girl becomes, if not one of the pretty ones, attractive. To boys, I mean. College sees a few more adjustments—baby fat melts away; the late bloomer sprouts curves; the blandly pretty cultivates envy for the beautiful's chis­eled bones—and then the real games commence, carrying on from campus through her twenties and thirties.

Some get the matter over with as quickly as possible, out of love or duty or fear. I've had friends who consider themselves plain tell me they seized the first husband they could get, leaving the playing fields open to the pretty and the hot. Others postpone the inevitable as long as possible, each passing year more thrill­ingly uncertain than the last. Their evasions are inscrutable to the romantics, who lie in wait, expectant, anxious.

It's hard to say which is more exhausting: the sheer arbitrari­ness of knowing that her one true love could appear out of any­where, anytime, and change her fate in an instant (you never

know who's just around the corner!), or the effortful maintenance (manicures, blowouts, bikini waxes, facials) that ensures she'll be ripe for the picking when it happens.

Eventually, whether you choose or are chosen, joyously accept or grudgingly resist, you take the plunge.

You are born, you grow up, you become a wife.

But what if it wasn't this way?

What if a girl grew up like a boy, with marriage an abstract, someday thought, a thing to think about when she became an adult, a thing she could do, or not do, depending?

Copyright 2015 by Kate Bolick. From SPINSTER: Making a Life of One's Own, published by Crown Publishers, an imprint of the Crown Publishing Group, a division of Penguin Random House, LLC, New York. Reprinted with permission.