Accessibility links
The Job NPR coverage of The Job: True Tales from the Life of a New York City Cop by Steve Osborne. News, author interviews, critics' picks and more.

True Tales from the Life of a New York City Cop

A retired NYPD lieutenant shares the most entertaining and engrossing true stories from his two decades on the beat, including when he mistook a dentist as an armed robbery suspect and a strange request made by the mother of a suspected criminal.

NPR stories about The Job 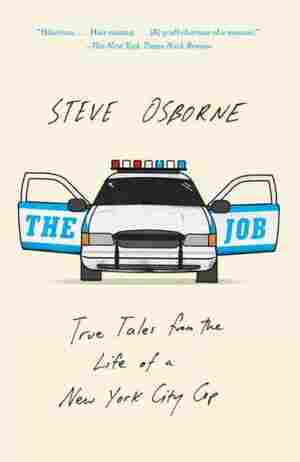 May 6, 2016 • "Your heart is pounding; your adrenaline is shooting out of your ears," retired police officer Steve Osborne says. "And you got one second to get it right." Originally broadcast April 21, 2015. 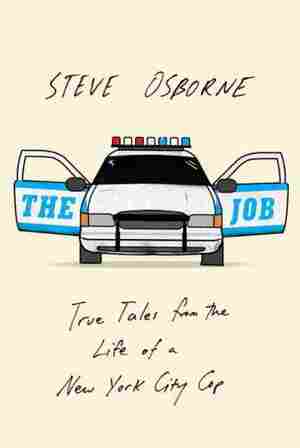 April 21, 2015 • "Your heart is pounding; your adrenaline is shooting out of your ears," Steve Osborne says. "And you got one second to get it right." He retired from the force in 2003. His memoir is called The Job.

I'm not quite sure how it happened, or even why, but a few months after retiring from the New York City police department, I picked up a pad and pen and started writing. Like most cops, I had stories to tell, and for some reason I can't explain, I felt the need to put them on paper. I had no training in writing, other than police reports, but that little voice in the back of my head — the one that kept me safe all these years — was now nagging at me to tell my stories.

For twenty years my family and friends really didn't understand what I did for a living. It was like I was living a double life, and they only knew half of it. I would go to work early in the evening, and most times, I didn't return till early in the morning. Of course they knew I was a cop — but what did that mean? Most civilians get their information about police work from the newspapers, which barely get half the story right, or they get it from television shows that are ninety-nine-percent pure, out-of-this-world fantasy.

Sometimes I would share some of the funny stuff about the job, but the blood and gore, and especially the danger, I needed to keep to myself. When my wife would call me at work and ask how things were going, I would always tell her I was having a nice quiet night. Even if I was sitting on some dark street, armed with two guns strapped to my hip, waiting for some perp wanted on a homicide to show up so we could jump him. My answer was always the same. I'm having a nice quiet night.

Once I was sitting in my office talking to her on the phone and there was a shooting right on the station house block. The sound of gun shots boomed and echoed through my office window, causing me to duck. This might sound unusual, a drive-by shooting right next to the precinct house, but at the time I was working in the Bronx, and in the Bronx, shit happens. I had to put my hand over the receiver so she wouldn't hear the gunfire and go nuts worrying. When I tried to hang up so I could run outside, she got mad at me. She was busy telling me that the bills were killing us this month and we had to watch the spending. I wanted to tell her that I had to go, because I think something else just got killed down the block, but I couldn't do that. Instead I think I told her my stomach was upset because I ate some bad rice and beans and I had to go to the bathroom — now! A few seconds later I was charging down the block, gun in hand, running into who knows what. The credit card bills and the mortgage were going to have to wait.

I wanted to write some of my stories down just in case I dropped dead, or I crossed the street one day and got run over by a bus. I didn't want them to die with me. I don't claim to be anything special, and my experience is no different than any other cop out there. I just took the time to write some of them down. When I would get together with my buddies, mostly other retired cops, it wouldn't take long before the tales started flying, and each story was just as incredible as the last.

When I entered the police academy an old-time instructor told me, "Kid, you just bought yourself a front row seat to the greatest show on earth." What he was telling me wasn't anything new. I think every old cop has used that line on every new cop in every city and every small town in every corner of the country. And the reason it's used so much is, because it's true — every word of it. I don't care if you work in Manhattan or in some tiny village out in the middle of nowhere with just one lawman in it, we all have stories. I wish all of them would put them on paper, because there's nothing funnier or more terrifying than a good cop story.

Like most active cops, I've forgotten much more than I remembered. When I was in uniform it wasn't unusual to handle twenty jobs a night. And when I was in plainclothes, my team and I would make several felony collars a week, mostly robberies, assaults and gun arrests. I wish I would have kept a diary or took more pictures, then maybe I could recall more, but some stories stay with you forever. Some you never forget, no matter how hard you try.

Excerpted from The Job: True Tales from the Life of a New York City Cop. Copyright 2015 by Steve Osborne. Excerpted by permission of Doubleday, a division of Penguin Random House, Inc. All rights reserved.