Accessibility links
Do No Harm NPR coverage of Do No Harm: Stories of Life, Death, and Brain Surgery by Henry Marsh. News, author interviews, critics' picks and more.

Offering a rare glimpse into the life and work of a modern neurosurgeon, an international best-seller provides unforgettable insight into the countless human dramas that take place in a busy modern hospital and the agonizing decisions that must be made, often in the face of great urgency and uncertainty.

NPR stories about Do No Harm 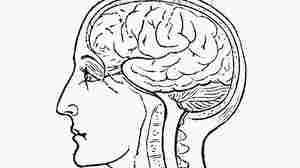 A Neurosurgeon Reflects On The 'Awe And Mystery' Of The Brain

May 26, 2015 • In his memoir Do No Harm, Henry Marsh confesses to the uncertainties he's dealt with as a surgeon, revisits his triumphs and failures and reflects on the enigmas of the brain and consciousness.

A Neurosurgeon Reflects On The 'Awe And Mystery' Of The Brain

Excerpt: Do No Harm: Stories Of Life, Death, And Brain Surgery 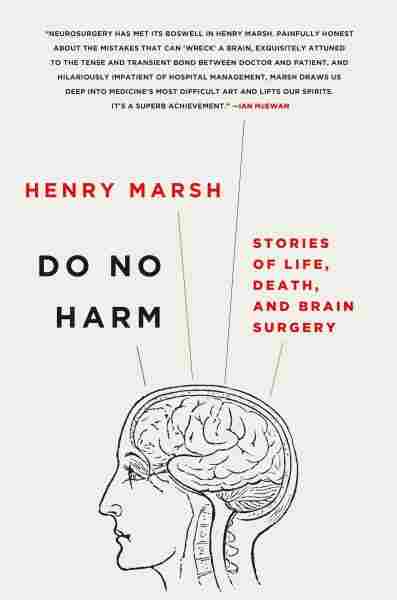 n. an uncommon, slow­growing tumour of the pineal gland.

I often have to cut into the brain and it is something I hate doing. With a pair of diathermy forceps I coagulate the beau­tiful and intricate red blood vessels that lie on the brain's shining surface. I cut into it with a small scalpel and make a hole through which I push with a ﬁne sucker — as the brain has the consistency of jelly a sucker is the brain surgeon's principal tool. I look down my operating microscope, feeling my way downwards through the soft white substance of the brain, searching for the tumour. The idea that my sucker is moving through thought itself, through emotion and reason, that memories, dreams and reﬂections should consist of jelly, is simply too strange to understand. All I can see in front of me is matter. Yet I know that if I stray into the wrong area, into what neurosurgeons call eloquent brain, I will be faced by a damaged and disabled patient when I go round to the Recovery Ward after the operation to see what I have achieved.

Brain surgery is dangerous, and modern technology has only reduced the risk to a certain extent. I can use a form of GPS for brain surgery called Computer Navigation where, like satellites orbiting the Earth, infra­red cameras face the patient's head. The cameras can 'see' the instruments in my hands which have little reﬂecting balls attached to them. A computer connected to the cameras then shows me the pos­ition of my instruments in my patient's brain on a scan done shortly before the operation. I can operate with the patient awake under local anaesthetic so that I can identify the eloquent areas of the brain by stimulating the brain with an electrode. The patient is given simple tasks to perform by my anaesthetist so that we can see if I am causing any damage as the operation proceeds. If I am operating on the spinal cord — which is even more vulnerable than the brain — I can use a method of electrical stimulation known as evoked potentials to warn me if I am about to cause paralysis.

Despite all this technology neurosurgery is still dangerous, skill and experience are still required as my instruments sink into the brain or spinal cord, and I must know when to stop. Often it is better to leave the patient's disease to run its natural course and not to operate at all. And then there is luck, both good luck and bad luck, and as I become more and more experienced it seems that luck becomes ever more important.

I had a patient to operate on with a tumour of the pineal gland. In the seventeenth century the dualist philosopher Descartes, who argued that mind and brain are entirely sep­arate entities, placed the human soul in the pineal gland. It was here, he said, that the material brain in some magical and mysterious way communicates with the mind and with the immaterial soul. I don't know what he would have said if he could have seen my patients looking at their own brains on a video monitor, as some of them do when I operate under local anaesthetic.

Pineal tumours are very rare. They can be benign and they can be malignant. The benign ones do not necessarily need treatment. The malignant ones can be treated with radiotherapy and chemotherapy but can still prove fatal. In the past they were considered to be inoperable but with modern, microscopic neurosurgery this is no longer the case. It is usually now thought necessary to operate at least to obtain a biopsy and conﬁrm the type of tumour so that you can decide how best to treat the patient. The pineal is buried deep in the middle of the brain so the operation is, as surgeons say, a challenge. Neurosurgeons look at brain scans showing pineal tumours with both fear and excitement, like mountaineers looking up at a great peak that they hope to climb.

This particular patient had found it very hard to accept that he had a life­threatening illness and that his life was now out of his control. He was a high­powered company direc­tor. He had thought that the headaches which had started to wake him at night were caused by the stress of having had to sack so many of his employees in the aftermath of the ﬁnancial crash of 2008. It turned out that he had a pineal tumour and acute hydrocephalus. The tumour was obstruct­ing the normal circulation of cerebro­spinal ﬂuid around his brain and the trapped ﬂuid was increasing the pressure in his head. Without treatment he would go blind and die within a matter of weeks.

I had had many anxious conversations with him over the days before the operation. I explained that the risks of sur­gery, which included death or a major stroke, were ultimately less than the risks of not operating. He laboriously typed everything I said into his smartphone, as though typing down the long words — obstructive hydrocephalus, endoscopic ven­triculostomy, pineocytoma, pineoblastoma — would somehow put him back in charge and save him. His anxiety, combined with my feeling of profound failure about an operation I had carried out a week earlier, meant that I faced the prospect of operating upon him with dread.

I had seen him the night before the operation. When I talk to my patients the night before surgery I try not to dwell on the risks of the operation ahead, which I will already have discussed in detail at an earlier meeting. I try to reassure them and lessen their fear, although this means that instead I make myself more anxious. It is easier to carry out difﬁcult operations if you have told the patient beforehand that the operation is terribly dangerous and quite likely to go wrong — I will perhaps then feel a little less painfully responsible if it does.

His wife was sitting beside him looking quite sick with fear.

'This is a straightforward operation,' I reassured them, with false optimism.

'But the tumour could be cancerous, couldn't it?' she asked. A little reluctantly I said that it might be. I explained that I would get a frozen section during the operation — a specimen to be examined immediately by a pathologist. If he reported that the tumour was not cancerous I would not have to try to get every last little bit of tumour out. And if it was a tumour called a germinoma I wouldn't have to remove it at all and her husband could be treated — and probably cured — with radiotherapy.

'So if it's not cancer and not a germinoma then the oper­ation is safe,' she said, but her voice tailed off uncertainly.

I hesitated, not wanting to frighten her. I chose my words carefully. 'Yes — it makes it a lot less dangerous if I don't try to take it all out.'

We talked for a little longer before I wished them good night and went home.