Inside the Digital Underworld

NPR stories about The Dark Net 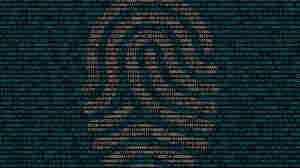 June 3, 2015 • Jamie Bartlett exposes an encrypted underworld to the Internet in his book The Dark Net: "Anybody with something to hide, whether it's for good reasons or for ill, finds a very natural home there." 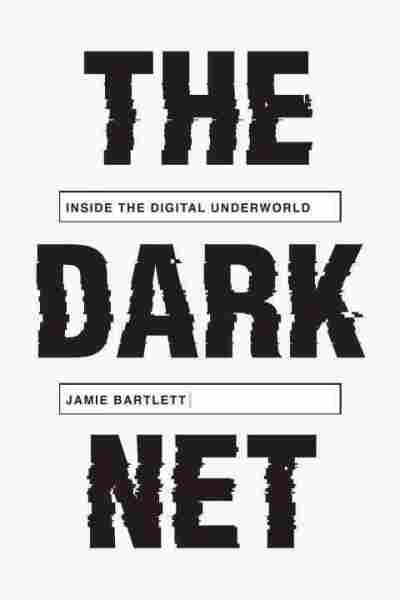 I have heard rumors about this website, but I still cannot quite believe that it exists. I am looking at what I think is a hit list. There are photographs of people I recognize — prominent politicians, mostly — and, next to each, an amount of money. The site's creator, who uses the pseudonym Kuwabatake Sanjuro, thinks that if you could pay to have someone murdered with no chance — I mean absolutely zero chance — of being caught, you would. That's one of the reasons why he has created the Assassination Market. There are four simple instructions listed on its front page:

>Add money to the pot in the person's name

>Predict when that person will die

>Correct predictions get the pot

The Assassination Market can't be found with a Google search. It sits on a hidden, encrypted part of the internet that, until recently, could only be accessed with a browser called The Onion Router, or Tor. Tor began life as a U.S. Naval Research Laboratory project, but today exists as a not-for-profit organization, partly funded by the U.S. government and various civil liberties groups, allowing millions of people around the world to browse the internet anonymously and securely. To put it simply, Tor works by repeatedly encrypting computer activity and routing it via several network nodes, or "onion routers," in so doing concealing the origin, destination, and content of the activity. Users of Tor are untraceable, as are the websites, forums, and blogs that exist as Tor Hidden Services, which use the same traffic encryption system to cloak their location.

The Assassination Market may be hosted on an unfamiliar part of the net, but it's easy enough to find, if you know how to look. All that's required is simple (and free) Tor software. Then sign up, follow the instructions, and wait. It is impossible to know the number of people who are doing exactly that, but at the time of writing, if I correctly predict the date of the death of Ben Bernanke, the former chairman of the Federal Reserve, I'd receive approximately $56,000.

It may seem like a fairly pointless bet. It's very difficult to guess when someone is going to die. That's why the Assassination Market has a fifth instruction:

The Assassination Market is a radical example of what people do online when under the cover of real or perceived anonymity. Beyond the more familiar world of Google, Hotmail, and Amazon lies another side to the internet: the dark net.

For some, the dark net refers to the encrypted world of Tor Hidden Services, where users cannot be traced, and cannot be identified. For others, it is those sites not indexed by conventional search engines: an unknowable realm of password-protected pages, unlinked websites, and hidden content accessible only to those in the know, sometimes referred to as the "deep web." It has also become a catchall term for the myriad shocking, disturbing, and controversial corners of the net — the realm of imagined criminals and lurking predators.

The dark net, for me, describes an idea more than a particular place: internet underworlds set apart yet connected to the internet we inhabit, worlds of freedom and anonymity, where users say and do what they like, often uncensored, unregulated, and outside of society's norms. It is dark because we rarely see these parts of digital life, save the occasional flash of a hysterical news report or shocking statistic. This is not a book about Tor, since the net is full of obscure corners, of secret back alleys on parts of the internet you likely already know: social media sites, normal websites, forums, chat rooms. I focus instead on those digital cultures and communities that appear, to those that aren't part of them, dark, insidious, and beyond society's gaze — wherever I found them.

This dark net is rarely out of the news — with stories of young people sharing homemade pornography, of cyberbullies and trolls tormenting strangers, of hackers stealing and leaking personal photos, of political or religious extremists peddling propaganda, of illegal goods, drugs, and confidential documents only a click or two away appearing in headlines almost daily-- but it is still a world that is, for the most part, unexplored and little understood. In reality, few people have ventured into the darker recesses of the net to study these sites in any detail.

I started researching radical social and political movements in 2007, when I spent two and a half years following Islamist extremists around Europe and North America, trying to piece together a fragmented and largely disjointed real-world network of young men who sympathized with al-Qaeda ideology. By the time I'd finished my work in 2010, the world seemed to be different. Every new social or political phenomenon I encountered — from conspiracy theorists to far-right activists to drug cultures — was increasingly located and active online. I would frequently interview the same person twice — once online and then again in real life — and feel as if I was speaking to two different people. I was finding parallel worlds with different rules, different patterns of behavior, different protagonists. Every time I thought I'd reached the bottom of one online culture, I discovered other connected, secretive realms still unexplored. Some required a level of technical knowhow to access, some were extremely easy to find. Although an increasingly important part of many people's lives and identities, these online spaces are mostly invisible: out of reach and out of view. So I went in search of them.

My journey took me to new places online and offline. I became the moderator of an infamous trolling group and spent weeks in forums dedicated to cutting, starving, or killing yourself. I explored the labyrinthine world of Tor Hidden Services in search of drugs, and to study child pornography networks. I witnessed online wars between neo-Nazis and antifascists on popular social media sites, and signed up to the latest porn channels to examine current trends in homemade erotica. I visited a Barcelona squat with anarchist Bitcoin programmers, run-down working men's clubs to speak to extreme nationalists, and a messy bedroom to observe three girls make a small fortune performing sexually explicit acts on camera to thousands of viewers. By exploring and comparing these worlds, I also hoped to answer a difficult question: do the features of anonymity and connectivity free the darker sides of our nature? And if so, how?

The Dark Net is not an effort to weigh up the pros and cons of the internet. The same anonymity that allows the Assassination Market to operate also keeps whistleblowers, human-rights campaigners, and activists alive. For every destructive subculture I examined there are just as many that are positive, helpful, and constructive.

Because the internet has become so interwoven into the fabric of our lives, it presents a challenge to our existing notions of anonymity, privacy, freedom, and censorship — throwing up new challenges not yet resolved: should we have the right to complete anonymity online? Are our "digital" identities distinct from our "real" ones — and what does that mean? Are we prone to behave in particular ways when we sit behind a screen? What are the limits of free expression in a world where every idea is a click away? Particularly since the revelations of the former National Security Agency contractor Edward Snowden, these questions dominate debates and discussion about the role of internet privacy and freedom in an increasingly digital world. I don't propose any easy answers or solutions. I'm not sure that there are any. This book is not a polemic — more modestly, it is a series of portraits about how these issues play out at the fringes. I leave it entirely to you to decide what you think it means.