Thrill-seeking Victoria Huntington finds an exciting companion in the mysterious Earl of Stonevale and is happy to marry him after a whirlwind courtship, until she finds herself a prisoner in a crumbling Yorkshire mansion. 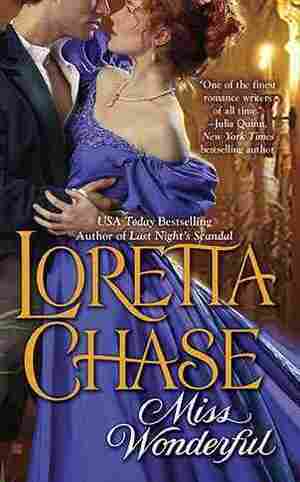 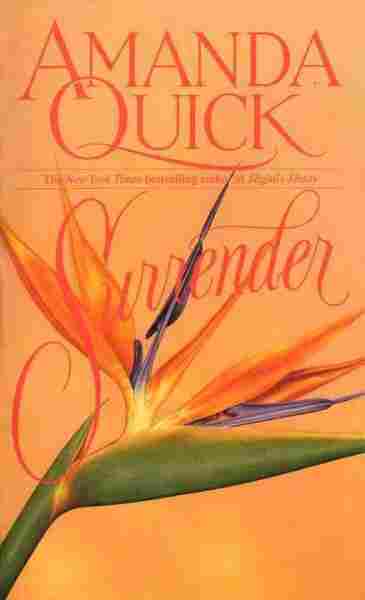 The hall clock struck midnight. It was a death knell. The beautiful, old-fashioned, terrifyingly heavy dress that did not fit her properly because it had been made for another woman, hampered her frantic flight down the corridor. The fine wool fabric tangled itself around her legs, threatening to trip her with every desparate step. She pulled the skirts higher, higher, almost to her knees, and risked a glance back over her shoulder.

He was closing on her, running her down the way a hound, maddened with blood lust, runs a deer to earth. His once demonically handsome face, the face that had lured an innocent, trusting woman first into marriage and then to her doom, was now a mask of fear and murderous, burning rage. With wild eyes that bulged from his head and hair that stood on end, he stalked her. The knife in his hand would soon be at her throat.

"Demon bitch." His shout of rage echoed down the upstairs hall. The light of a flickering taper glinted on the evil-looking blade he clutched. "You are dead. Why cannot you leave me in peace? I swear I will send you back to hell where you belng. And this time I will make certain the deed is done right. Hear me, you accursed specter. This time I will make certain." She wanted to scream and could not. All she could do was run for her life.

"I will watch your blood flow through my fingers until you are drained," he cried out behind her, much closer. "This time you will stay dead, demon bitch. You have caused me trouble enough."

She was at the top of the stairs now, gasping for breath. Fear clawed at her insides. Holding the thick skirts even higher, she started down the staircase, one hand on the banister to keep herself from falling. It would be a bitter irony to die of a broken neck rather than a slashed throat.

He was so close, so very close. She knew there was every chance she would not make it back to safety. This time she had gone too far, taken one risk too many. She had played the part of a ghost and now she was very likely to become one. He would be on top of her before she reached the bottom step.

She had finally gotten the proof she had sought. In his rage he had confessed. If she lived, she would have justice for her poor mother. But it was fast becoming apparent that her quest would cost her her life.

Soon she would feel his hands on her, grabbing at her in a dreadful parody of the sexual embrace he had threatened her with when she was younger. Then she would feel the knife.

She was halfway down the stairs when her pursuer's hideous scream rent the shadows.

Victoria Claire Huntington knew when she was being stalked. She had not reached the advanced age of twenty-four without learning to recognize the sophisticated fortune hunters of the ton. Heiresses were, after all, fair game.

The fact that she was still single and mistress of her own sizable inheritance was proof of her skill at evading the slick, deceitful opportunists who thrived in her world. Victoria had determined long ago never to fall victim to their attractive, superficial charms.

But Lucas Mallory Colebrook, the new Earl of Stonevale, was different. He might very well be an opportunist, but there was definitely nothing slick or superficial about him. Amid the brightly plumed birds of the ton, this man was a hawk.

Victoria was beginning to wonder if the very qualities that should have warned her off, the underlying strength and the implacable will she sensed in Stonevale, were exactly what had drawn her to him. There was no denying she had been fascinated by the man since they had been introduced less than an hour ago. The attraction she felt was deeply disturbing. In fact, it was quite dangerous.

"I believe I have won again, my lord."Victoria lowered her elegantly gloved hand and fanned her cards out across the green baize table. She smiled her most dazzling smile at her opponent.

"Congratulations, Miss Huntington. Your luck is certainly running strong this evening."Stonevale, whose gray eyes made Victoria think of ghosts hovering in the dead of night, did not look in the least dismayed at his loss. He appeared, in fact, quietly satisfied, as if a carefully devised plan had just come to fruition. There was a sense of cool anticipation about him.

"Yes, my luck has been amazingly strong tonight, has it not?"Victoria murmured. "One might almost suspect it had some assistance."

"I refuse to contemplate such a possibility. I cannot allow you to impugn your own honor, Miss Huntington."

"Very gallant of you, my lord. But it was not my honor which concerned me. I assure you I am well aware that I was not cheating."Victoria held her breath knowing she had stepped out onto very thin ice with that remark. She had practically accused the earl of playing with marked cards in order to ensure her win.

Stonevale's eyes met and held hers across the table. His expression was unnervingly calm. Frighteningly calm, Victoria thought with a small shiver. There should have been some flicker of emotion in that cool, gray gaze. But she could read nothing in his face except a certain watchfulness.

"Would you care to clarify that remark, Miss Huntington?"

Victoria quickly decided to step back onto more solid ground. "Pray, pay me no heed, my lord. It is simply that I am as astounded as you should be at my luck with cards this evening. I am only an indifferent player at best. You, on the other hand, have a reputation as a skilled gamester, or so I have been told."

"You flatter me, Miss Huntington."

"I don't believe so," Victoria said. "I have heard tales of the ability you display at the tables of White's and Brook's as well as at certain other clubs here in town that are of a, shall we say, less reputable nature."

"Greatly embroidered tales, I imagine. But you make me curious. As we have only just met, where did you hear such stories?"

She could hardly admit she had asked her friend Annabella Lyndwood about him the moment he entered the ballroom two hours before. "I am certain you are aware of how such rumors fly, my lord."

"Indeed. But a woman of your obvious intelligence should know better than to listen to gossip." With a smooth, effortless motion Stonevale gathered up the cards into a neat stack. He rested his graceful, long-fingered hand on top of the deck and smiled coolly at Victoria. "Now, Miss Huntington, have you given any thought to collecting your winnings?"

Victoria watched him warily, unable to repress the excitement that was bubbling within her. If she had any sense, she would end this here and now, she told herself. But tonight it was difficult to think with the sort of cold, clear logic she usually employed in such circumstances. She had never met anyone quite like Stonevale.

The hum of conversation and laughter in Lady Atherton's card room receded, and the music from the ballroom seemed faint and distant now. The Athertons' huge London house was filled with well-dressed members of the ton as well as countless servants, but Victoria suddenly felt as if she were completely alone with the earl.

"My winnings," Victoria repeated slowly, trying to school her thoughts. "Yes, I shall have to do something about them, won't I?"

"I believe the wager was for a favor, was it not? As the winner, you are entitled to request one of me. I am at your service."

"As it happens, sir, I do not need any favors from you at the moment."

"Are you quite certain of that?"

She was startled by the knowing expression in the earl's eyes. This was a man who always knew more than he ought. "Quite."

"I fear I must contradict you, Miss Huntington. I believe you do need a favor of me. I am given to understand that you will require an escort later this evening when you and Miss Lyndwood have your little adventure at the fair."

Victoria went very still. "What do you know of that?"

Stonevale gently riffled the cards with one long finger "Lyndwood and I are friends. Belong to the same clubs. Play cards together occasionally. You know how it is."

"Lord Lyndwood? Annabella's brother? You've been talking to him?"

Victoria was incensed. "He promised to be our escort this evening and he gave us his words he would keep quiet on the matter. How dare he discuss this business with our cronies? This is too much by half. And men have the nerve to accuse women of gossiping. What an outrage."

"You must not be so hard on the man, Miss Huntington."

"What did Lyndwood do? Make a general announcement at one of his clubs that he would be taking his sister and her friend to the fair?"

"It was not a general announcement, I assure you. He was most discreet. After all, his sister is involved, is she not? If you must know the truth, I believe Lyndwood confided in me because he was feeling the strain of the situation."

"Strain? What strain? There is absolutely nothing about any of this that should make him anxious. He is simply going to escort Annabella and me to the park where the fair is being held. What could be simpler?" she snapped.

"As I understand it, you and his sister applied a certain degree of pressure on Lyndwood to get him to agree to your plans. The poor boy is still green enough to be manipulated by such feminine tactics. Fortunately, he is also wise enough to regret his weakness and smart enough to seek assistance."

"Poor boy, indeed. What nonsense. You make it sound as though Annabella and I coerced Bertie into this."

"Didn't you?" Stonevale shot back.

"Of course not. We merely impressed upon him that we have every intention of going to the fair tonight and he insisted on accompanying us. Very gallant of him. Or so we thought."

"You left him little choice as a gentleman. He could hardly agree to let you go on your own and you knew it. It was blackmail. Furthermore, I suspect it was largely your idea, Miss Huntington."

"Blackmail." Victoria was now furious. "I resent that accusation, my lord."

"Why? It is little more than the truth. Do you think Lyndwood would have willingly consented to escort you and his sister to such a disreputable event unless you threatened to go on your own? Miss Lyndwood's mama would have a fit of the vapors if she got word of this little escapade tonight, and so, I imagine, would your aunt."

"I assure you, Aunt Cleo is far too sturdy to indulge in a fit of the vapors," Victoria declared loyally. But she knew Stonevale was perfectly correct about Annabella's mama. Lady Lyndwood would indeed have hysterics if she discovered her daughter's plans for this evening. Proper young ladies of the ton did not go to the fairgrounds at night.